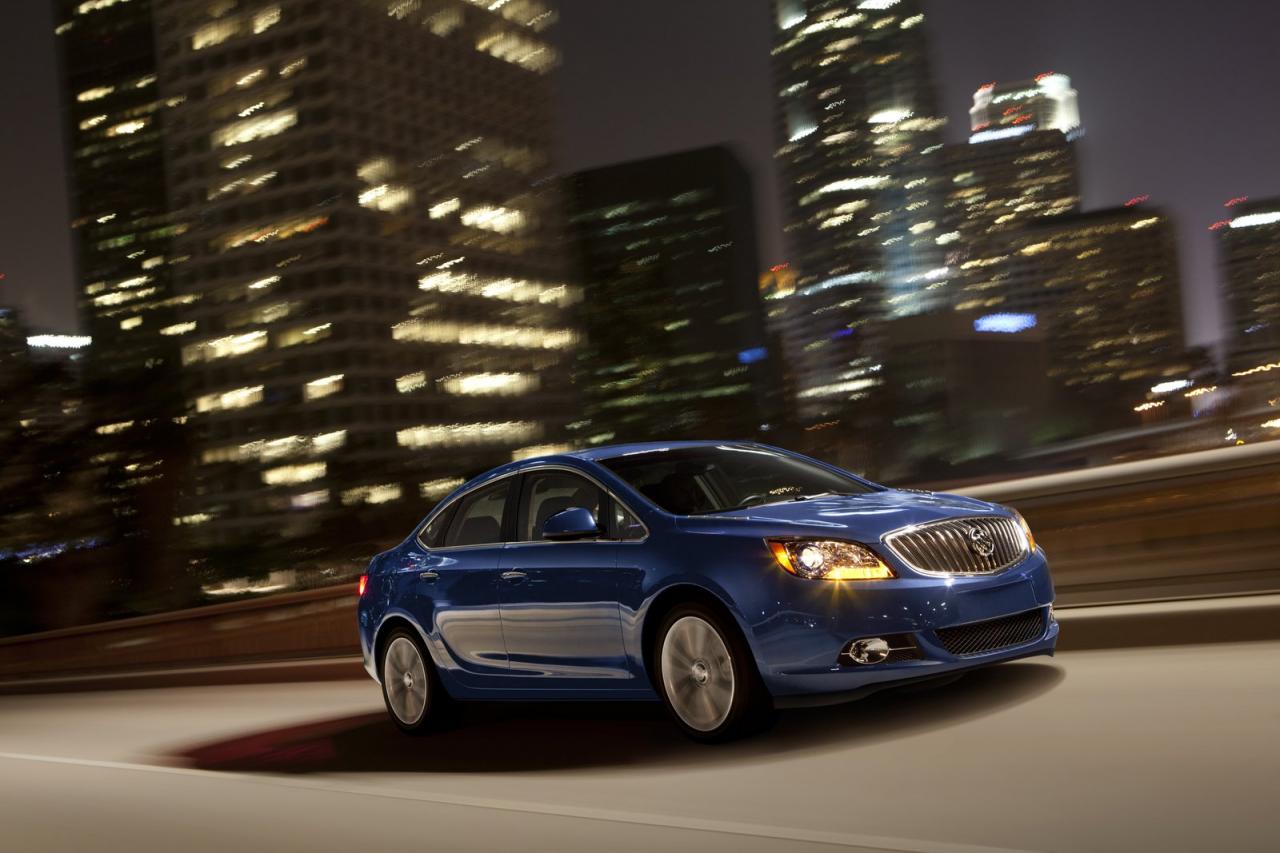 When the Verano Turbo arrives at dealerships this fall, buyers will get both performance and fuel efficiency with 0-60 mph acceleration in an estimated 6.2 seconds and EPA-estimated 20/31 mpg ratings with a six-speed manual transmission available as a no-cost option. Fuel economy ratings for the standard six-speed automatic will be announced closer to production.

Verano Turbo will offer more power and better fuel efficiency than the competition. A 2012 Lexus IS250 is rated at 204 horsepower, with fuel efficiency estimates of 19/28 mpg with a manual transmission.

“Buick Verano continues to build momentum in the marketplace with eight straight months of sales increases since launch,” said Tony DiSalle, vice president of Buick marketing. “The new Verano Turbo increases the performance of an already capable luxury sedan while continuing to offer customers the smart, purposeful technology they expect.”

Verano sales began in late November, 2011 with a 2.4L Ecotec four-cylinder engine and a six-speed automatic transmission and standard voice-activated IntelliLink. For 2013, a rearview camera is standard across all Verano models.

With the arrival of this new model, Buick will offer three different models with turbocharged engines and optional six-speed manual transmissions, including the Regal Turbo and Regal GS luxury sport sedans. The 2013 Buick Encore luxury crossover, on sale early next year, will feature a standard turbocharged engine.