What the Heck are Oxygen Sensors? 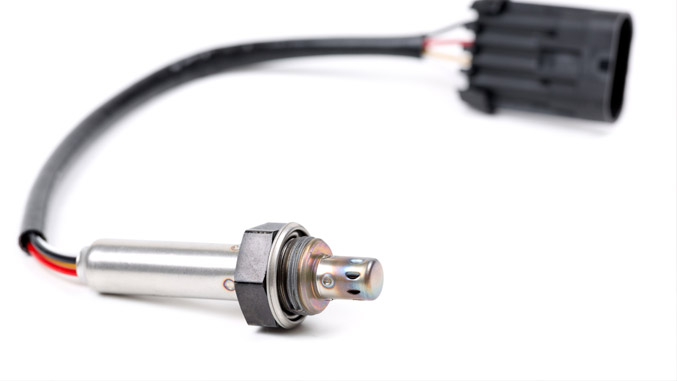 If the “Check Engine” light in your car is shining bright, it’s because the control module in your car has sensed a problem. Unfortunately, often it’s because an oxygen sensor has gone bad.

Great, but but exactly what are they?

Oxygen sensors are little devices located on your car’s exhaust system that monitor how your engine is running. Technically they adjust the engine’s air/fuel ratio so that your engine runs well and exhaust emissions are minimized. They typically last over 100K miles but, with cars routinely being used for much longer than that, it is common for O2 sensors to need replacement at some point during a car’s lifetime.

Besides just wearing out due to age, oxygen sensors in older cars can fail for other reasons too. According to Denso, a leading Japanese manufacturer of automotive sensors, in some cases, sensors are fouled by gasoline additives or when engines burn too much oil. Regardless of the failure mechanism, though, when they stop working, your vehicle won’t run well and you may notice somewhat decreased gas mileage.

And there’s more than one on typical vehicles. Modern cars have two to four oxygen sensors. A V6 engine, for example, often has one sensor in each exhaust manifold and one after the catalytic converter. That’s four in all.

Replacing O2 sensors can be easy or may be quite hard. Generally it is best to get a good mechanic to replace them for you. If you want to see what they look like you might be able to see one on your exhaust manifold. Technically they look like small spark plugs.

While many people opt to simply ignore check engine lights, this can cause bigger, more costly problems if it’s an O2 sensor that has failed. For example, an O2 sensor failure can cause the computer in the car to meter too much gasoline in the air fuel mixture. In turn, this can cause failures with a car’s catalytic converter(s) which are very expensive to replace.

Bottom line: when your Check Engine light blinks on, it’s always a good idea to bring it to your local dealer or mechanic and have them check it out. It’s generally not an emergency but, do so soon and get the problem taken care of for your piece of mind.

The Range of the Chevy Volt

The History of Honda