What Does Your Check Engine Light Really Mean? 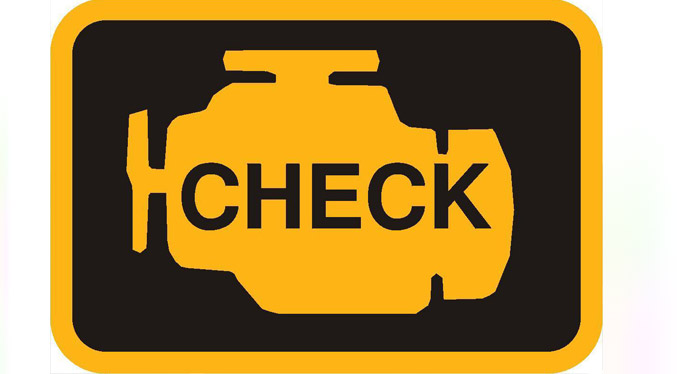 What glows and instantly ignites terror in the hearts of drivers everywhere? Nope, it’s not that bioluminescent Alien standing in the middle of the road (although that’s pretty frightening too), it’s the dreaded “Check Engine” warning light glowing in your car.

We all know that the Check Engine Light or “CEL” turning on in your car can be a scary affair. Sometimes it indicates a minor situation, such as a loose gas cap, but it sometimes it means “you are about to spend a lot of money” and that can be pretty frightening. Before making any assumptions, though, it may be a good idea to understand your CEL and what makes it turn on.

Your CEL is a warning lamp on your car’s instrument panel that lights up when the car’s engine computer detects a problem with your car’s engine or a connected part. All cars have some sort of on-board diagnostic system that connects to your CEL.

There are three states that a CEL can be in: off, blinking or on

2)   Blinking – When your CEL blinks briefly, it means the car has experienced a momentary issue, probably nothing to worry about. If it comes on and stays on, however, that’s an indication of a problem that could be more serious. If the check engine light blinks constantly, you need to have your car checked ASAP as it has experienced a major malfunction.

3)   ON – This means that the engine’s computer has detected a problem and a service professional should take a look at the car.

Since 1996, all cars sold in the United States have been required to have something called OBD-II in them. “OBD” stands for On-Board Diagnostics, and it’s a standardized way for the engine sensors to report problems. When the CEL comes on, the system records a code that identifies the problem. The neat thing about OBD-II is that it’s ubiquitous. While some manufacturers have equipped their cars with other proprietary diagnostic systems, OBD-II is the same on every car. This means that it’s easy and cheap for mechanics and do-it-yourselfers to buy what’s called a “scan tool” or download the fault code from the OBD-II system to a computer. CarMD is one such service that consumers can buy into and use to diagnose their own vehicles.

Understanding what it means when your CEL comes on, and how to best respond to it can help you keep your car running well, creating less pollution and saving you money.

How to Wash Your Car

Get to Know Your Coolant System