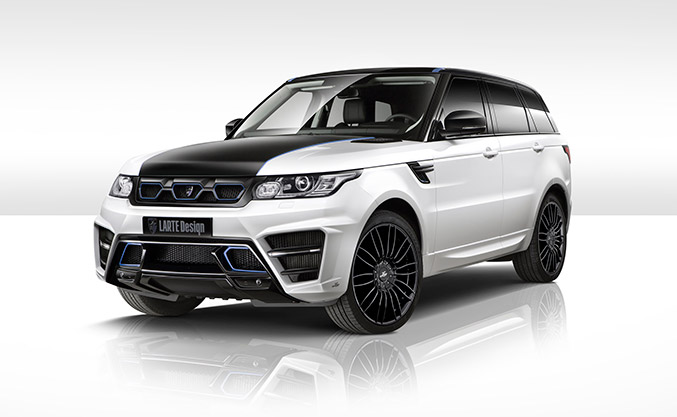 Silver has always been a quite exclusive metal and the color blue, in the old days, when it was mostly made from lapis-lazuli, a semi-precious stone, was also expensive. Therefore, Larte Design has painted the most exclusive edition of its Range Rover winner for the Top Marques Monaco in that combination of colors. Thus, we can be looking forward to seeing the car, which up to now has only been presented in white, wearing its “dinner jacket” in the noble principality. Entirely new, too, is the tuner’s power package, which raises the serial V8 diesel’s power from 250 kW / 339 hp to 294 kW / 400 hp. And the best thing is that at this trade fair this spectacular car can actually be driven.

But it is not only from a driver’s POV that this SUV is a real winner; its aura is also impressive – which has not only to do with its striking paintwork with a blue corpus and a silver roof. This winner body kit is a class unto itself in terms of both quality and showy looks. Premium tuner Larte Design has shaped its front very aggressive and dynamic. This is underscored by the uniquely designed grill, characterized by three frames in form of inverted trapezoids. The front apron completes the assertive and martial design. Various polygons, air inlets and lightsteps make the bumper appear almost biological. 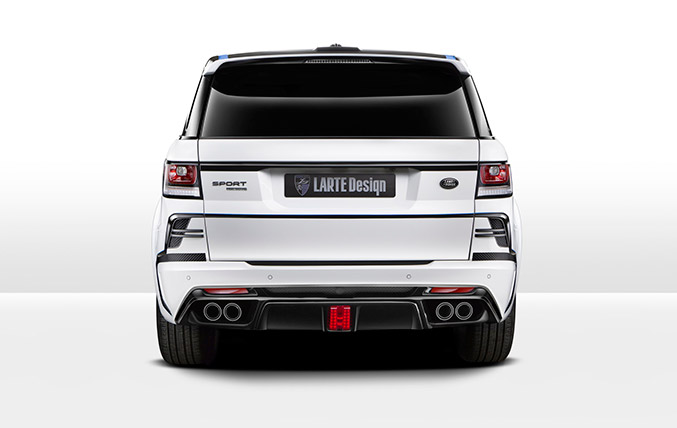 On the rear, the Range Rover Sport Winner shows its second, its elegant face. More irregular polygons aside, the new four-flow LARTE exhaust system is accommodated here as well and, with its black-chrome-plated tailpipes, looks particularly daring. And if you prefer a production diesel or gasoline engine to the tuned V8 diesel, that is no problem either. After all, the Larte Range Rover sport winner is exactly what it says with whatever engine. 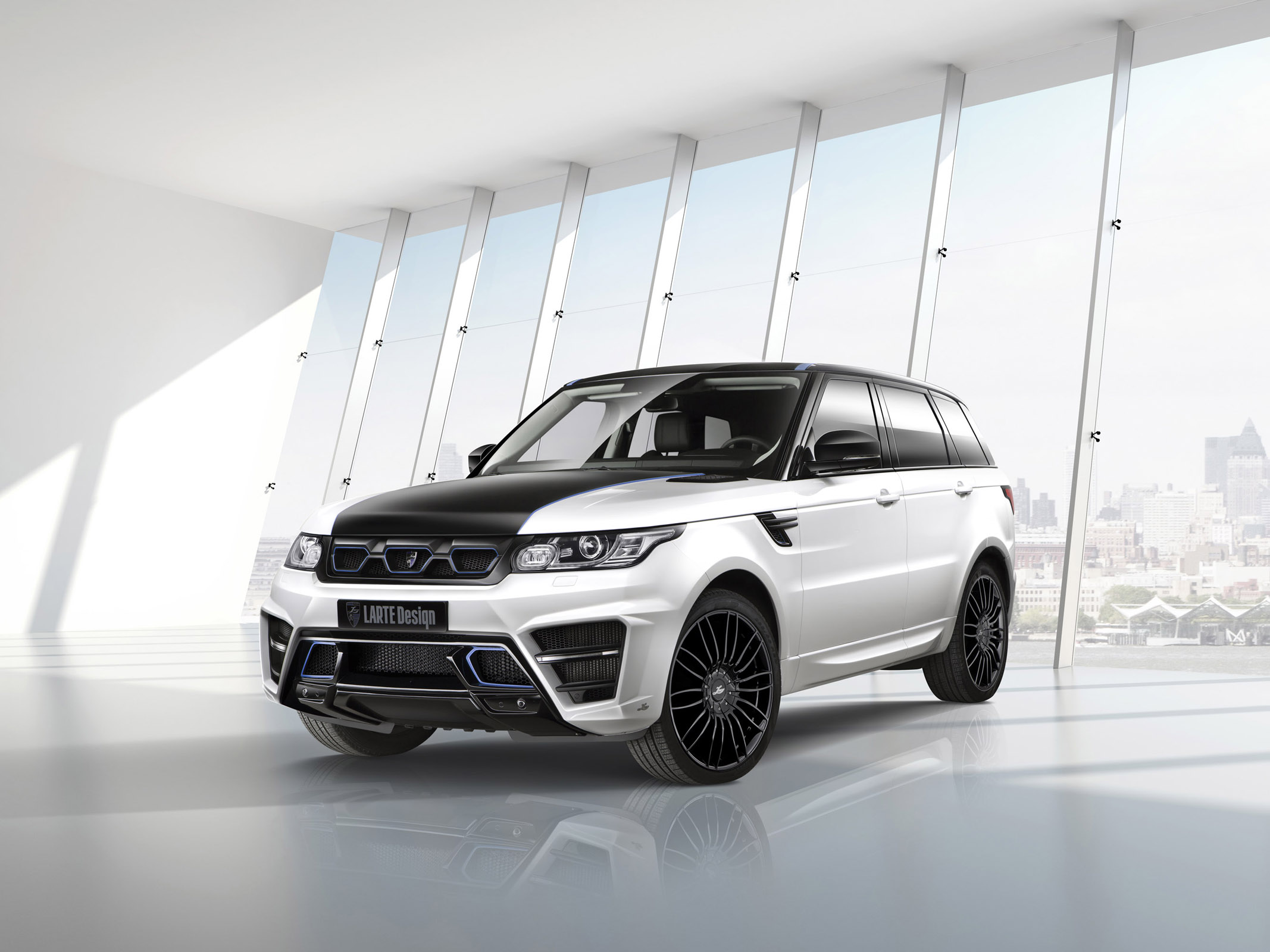