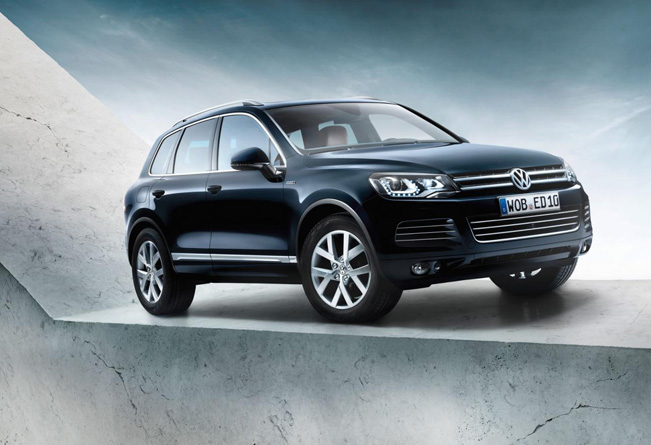 Wolfsburg, 05 October 2012 – A decade ago, the Touareg celebrated its world premiere at the Paris Motor Show and since then has been providing off-road competence of the highest level. Volkswagen is now dedicating a new special model to this era of success, the Touareg Edition X, which with numerous exclusive features will satisfy the even most demanding of expectations.

The new Touareg Edition X runs as standard on 19-inch ‘Moab’ alloy wheels and, combined with the Moonlight Blue Pearl Effect exterior paint, available as an option, offers a stylish level of specification. A large panoramic slide/tilt sunroof, silver anodised roof rails, bi-xenon headlights with LED daytime running lights and darkened rear light clusters in LED technology complete the look of this striking off-roader. In addition, the ‘Chrome & Style’ designer pack, tinted side and rear windows and ‘Touareg X’ logos on the wings are also included in the package. 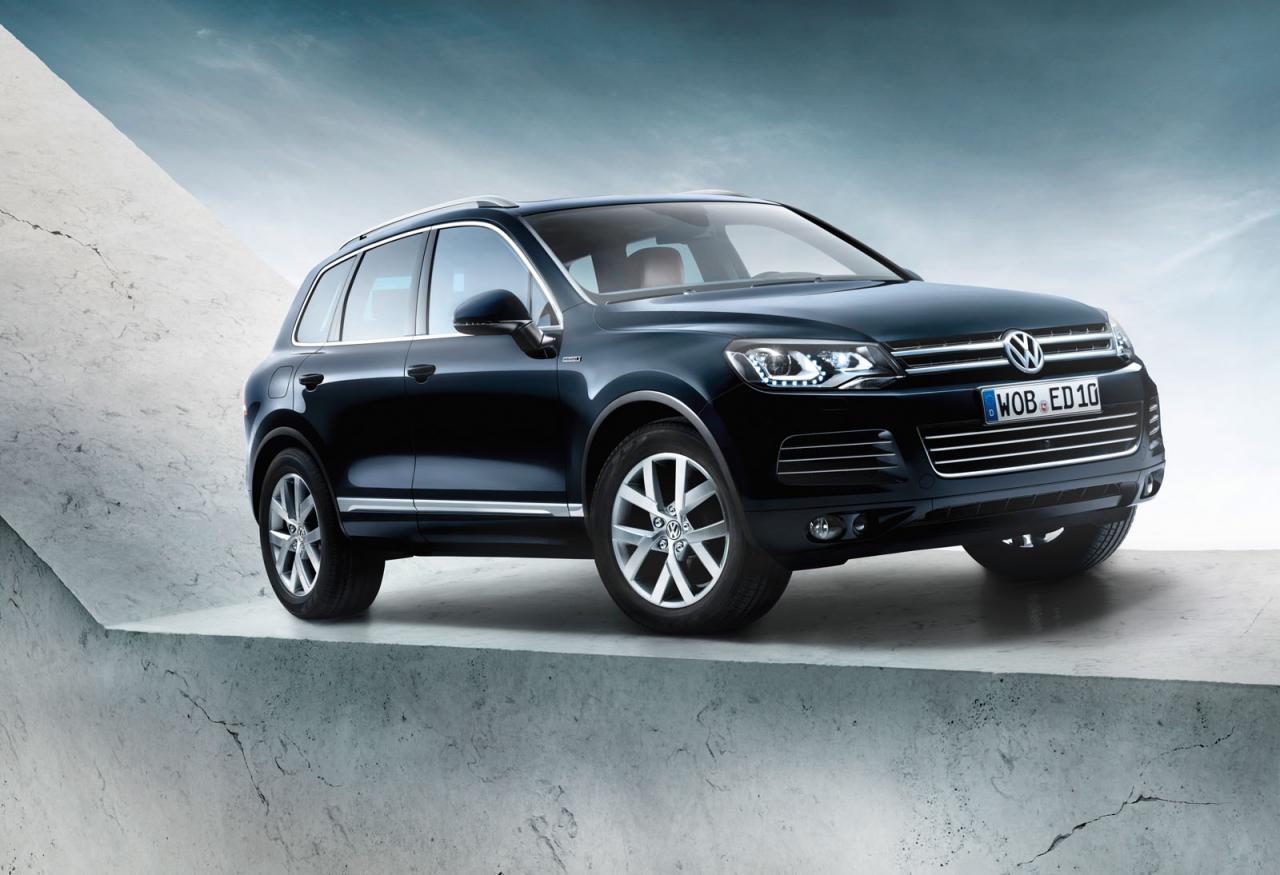 The first-class specification carries on inside as well. The Touareg Edition X has, for example, exclusive Nappa leather trim in amber brown with a new style of braid embossed finish. On top of this come decorative inlays in real ebony for doors and instrument panel, plus illuminated front door sills with ‘Touareg X’ lettering. The package is rounded off with colour-coordinated decorative stitching on the leather steering wheel, gear lever gaiter and fabric floor mats.

The Touareg Edition X can be ordered now with a choice of five engine/gearbox combinations, including a hybrid version. Prices begin at €61,025 for the V6 TDI BlueMotion Technology 150 kW / 204 PS with 8-speed automatic transmission.