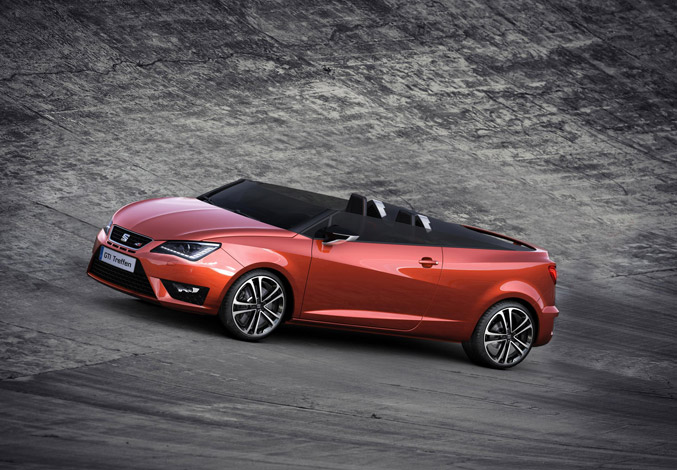 SEAT Ibiza CUPSTER Concept is a radical open-top show which was created to celebrate SEAT Ibiza 30th anniversary. It is a one-off project, which was created and designed by SEAT Design and is based on the Ibiza CUPRA 1.4 TSI 180 hp model and DSG dual-clutch transmission. The car will make its debut at the 2014 Wörthersee Treffen later this month. However, this Ibiza concept is lower and wider than its racy predecessor.

And if you haven’t seen already the car is a two-seater and has no roof. In addition, the front windscreen has been replaced with a wrap-around strip window and the seating position is 80 millimetres lower than the series-production vehicle.Of course, as a true Ibiza, the car captures the imagination with its emotional and dynamic design. In fact, SEAT Design has created a surprising reinterpretation of this design language in the Ibiza CUPSTER.

Inside, the steering wheel is swathed in pure aniline leather, while the paint work is a custom ‘New Orange’ hue with a dark grey cover behind the classic ‘double-bubble’ style seats. The interior also inspires towards a traditional racing feel, due to the design being taken from the Ibiza Trophy race car.

Inside, there are also minimalist instrument dials, black Alcantara upholstery and low-slung bucket seats. At last, the racing-inspired feel is enhanced with the sports running gear with 18-inch wheels, on which the car runs. 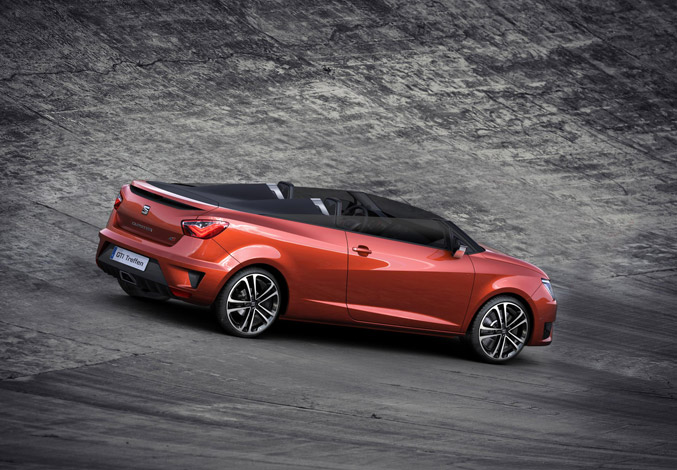