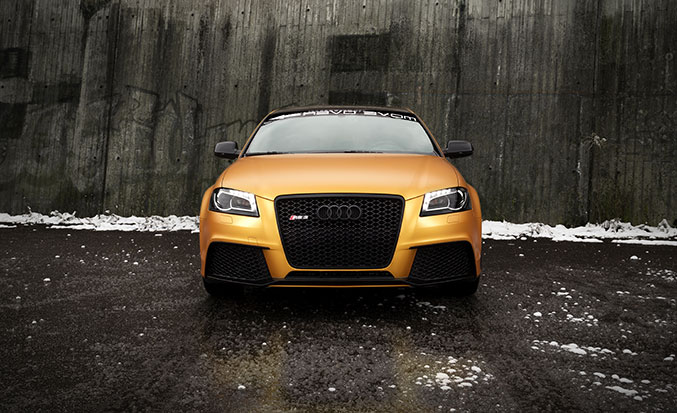 To create positive attention and therefore settle out of the crowd, a car must either fall out of the frame in terms of performance or show visual advantages. Ideally even both.

Once again the foliation specialist SCHWABENFOLIA from Korntal-Munchingen in Baden-Wurttemberg has managed to treat this fine line successfully. In this case an initially “born” in Suzuka Grey Metallic Audi RS3 has been turned into an unique by means of foiling in mat Gorange Metallic. Behind this lies nothing but a very successful mix of gold and orange, now merged to Gorange.

The foliation includes of course the door interiors and entrances, only the door hinges remained untouched. The cost for the new skin by SCHWABENFOLIA is 2.350 euros and for the inside additionally 1.450 Euro. As an additional service a Nordschleife logo under the designation „embossed style“ is placed under the bonnet and the tailgate. Furthermore also the foliation of the race car bucket seats in the new body color including a Nordschleife logo and the name of the driver (on the driver’s side) and on the passenger’s side the name of the exhaust system can be realized. 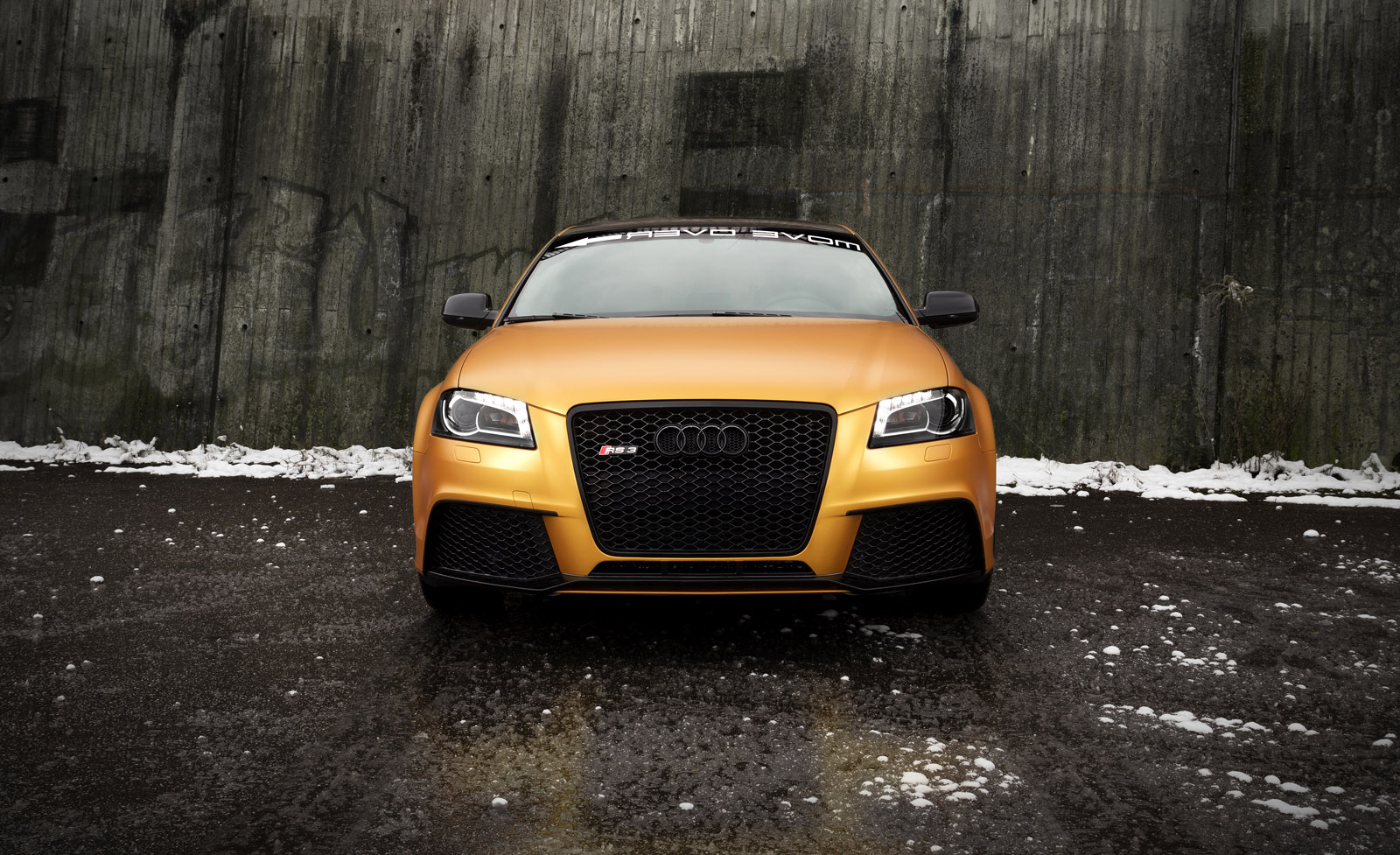 The gloss black roof, parts of the roof spoiler, the side mirrors, moldings and the front lip in the front bumper and the Audi rings in the front grill are excluded from the foliation. With tinted tail lights and a window wedge with the lettering MOVE OVER in mirror writing in the windshield, the overtaking prestige of the RS3 is more than clear.

Speaking of overtaking prestige. A substantial part is no doubt a custom built exhaust system called “RAGE 2.5” by F-Town Street Machines: Starting at turbo 2 x 70 mm with HJS racing catalysts, at cat 76 mm with double flap control and 80-mm tail pipes in black with heat-resistant coating. The cost of the exhaust system is 3.200 euros at cat or 5.450 euros at turbo, each including installation and VAT. Through software optimization are now 425 hp (or 313 kW) available, which in turn has a powerful 570 Nm torque result.

All-New Range Rover Sport To Be Revealed In New York