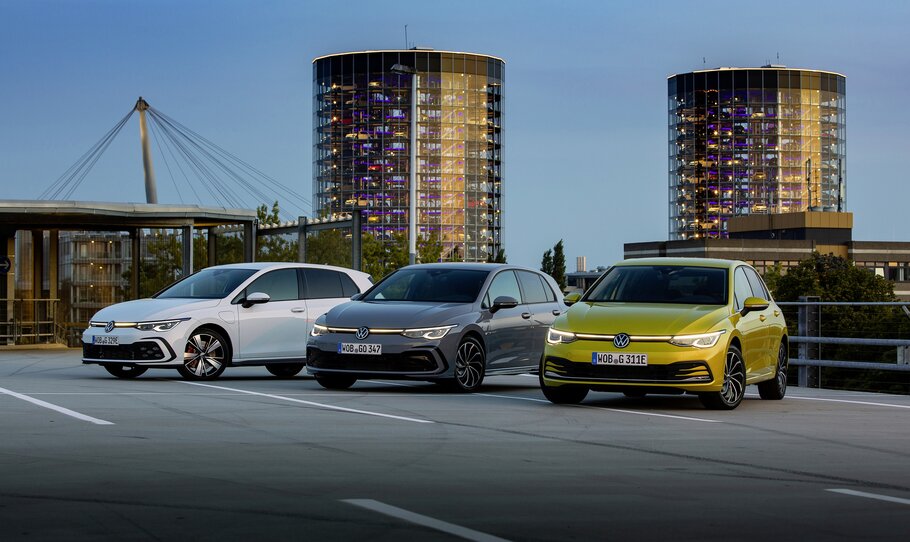 Volkswagen has once again received a top score of five stars for the Golf in the Euro NCAP safety test (European New Car Assessment Programme). The European consumer protection institution awarded very high ratings in all areas examined. The compact Volkswagen model was particularly impressive when it came to the safety of adult occupants, children and vulnerable road users, as well as in terms of its assist systems. Its standard equipment now also includes the centre airbag for the front seats. The latest Golf thus comes equipped with a comprehensive safety concept that satisfies the new, more stringent test procedure. As such, the Golf remains among the best in its class.

The Golf has passed its latest safety inspection with flying colours. After Volkswagen’s most successful model was already awarded five stars in 2019 in line with the Euro NCAP standard valid at the time, it has now also had its impressive level of safety verified in the modified version of the test procedure, which has been in place since 2020. Even though its previous rating would have been valid for another three years, Volkswagen decided to bring the safety level of its most successful model up to date – and have it tested according to the new, significantly more stringent standards. Out of the 21 tests in total, 14 were newly carried out according to the updated procedure – and to great success. Euro NCAP’s Secretary General, Michiel van Ratingen, said: “Most vehicle manufacturers tend to ride it out, some may even consider safety cutbacks to maintain competitiveness. So it is excellent to see Volkswagen continually improving the safety of the Golf, to keep abreast of the latest developments and keep pace with competitors.”

One important safety feature here is its new centre airbag for the front seats, which is now included in the Golf’s standard equipment. In the event of a side collision, this helps to prevent possible contact between the heads of the people sitting in the first row of seats. An additional standard lap belt tensioner for the front row of seats enhances safety even further. In the category of “Protection of Adult Occupants”, the successful compact model scored an outstanding 88 percent out of the possible points available.

The Golf achieved a result of 87 percent for “Protection of Children”. This rating is based on three important aspects: In addition to the protection provided by child restraint systems in the event of a frontal or lateral impact, the focus here is also on the options for safe installation of child seats of various sizes, as well as the equipment that a vehicle offers for the safe transportation of children.

In the “Assist Systems” category, the Golf impressed with 79 percent of the maximum score. Among other things, the autonomous emergency braking system (AEB) performed well in tests involving a response to other vehicles. The driver warning system (Driver Alert) and oncoming vehicle braking when turning function – both of which are standard equipment – also made a positive contribution to the result.

In addition to occupant protection in vehicles, Euro NCAP also examines how well automatic emergency braking systems can protect vulnerable road users such as pedestrians and cyclists in the event of an impending collision. In this category, the Golf – which is equipped with Front Assist autonomous emergency braking as standard– received a score of 74 percent.

Volkswagen therefore underlines its high standards of safety and continues its run of success in the Euro NCAP: In March 2022, the ID.5, Polo and Taigo all received five-star ratings. Prior to this, the ID.4 and compact ID.31 achieved the highest ratings in the Euro NCAP in April 2021 and October 2020 respectively. In 2019, the T-Cross also received top marks alongside the Golf.

Bowers & Wilkins celebrates the next stage of its partnership with Polestar with the launch of Polestar 3, the new SUV for the electric age, featuring Sound by Bowers & Wilkins