Porsche Carrera Cup GB Gets Back Under Way at Snetterton 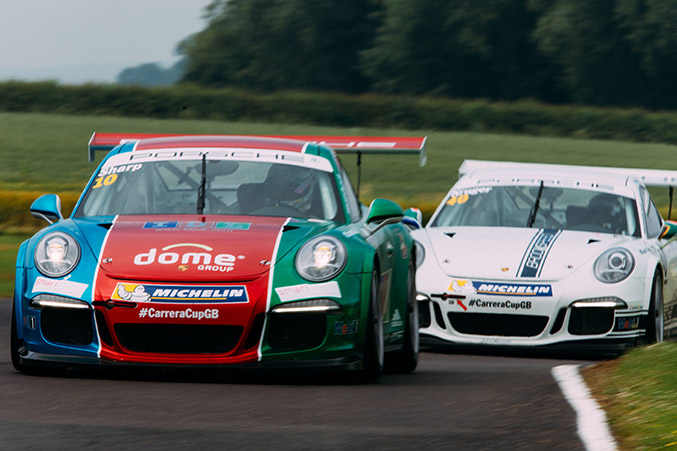 The record-breaking 11-team Porsche Carrera Cup GB returns to action after its six week summer break with a mouth-watering double header at the sublime Snetterton 300 circuit. Rounds 9 & 10 of the scintillating 2015 season will feature 26 Type 991 911 GT3 Cup Cars with both sure to be full of action.

It has been all change since the Championship’s last visit to the Norfolk track in August when defending champion, and Porsche Carrera Cup GB Scholar, Josh Webster visited the top step of the podium in both races. A new-for-2015 Rookie Class, three race categories and greater strength in depth throughout the field have combined to produce arguably the most exciting racing on the British Touring Car Championship support package so far this year.

If the Porsche Carrera Cup GB’s previous 24 races there are anything to go by, the combination of long straights and challenging corners will put the talented grid to the test and should produce some close racing. It should be noted that qualifying will also be crucial since four out of the last six races at Snetterton 300 have been won by the pole-sitter.

Current points leader Dan Cammish will be looking to extend his winning streak after dominating proceedings at Croft. His back-to-back wins in North Yorkshire mean he has now proved victorious in 75% of races in 2015. This has culminated in a resounding 41 point lead at the top of the overall standings at the halfway point, with the Nationwide-backed Yorkshireman looking in ominous form.

Others to watch out for include former double champion Michael Meadows, who has shown his race-winning ability with a majestic victory at Oulton Park and the rookie trio of Dino Zamparelli, Nicholas Latifi and Tom Sharp. The three talented and exciting drivers are separated by just one point in the fight for the £50,000 rookie prize after adapting seamlessly to six-gear, rear-engined life.

More Range for the 2016 Chevrolet Volt