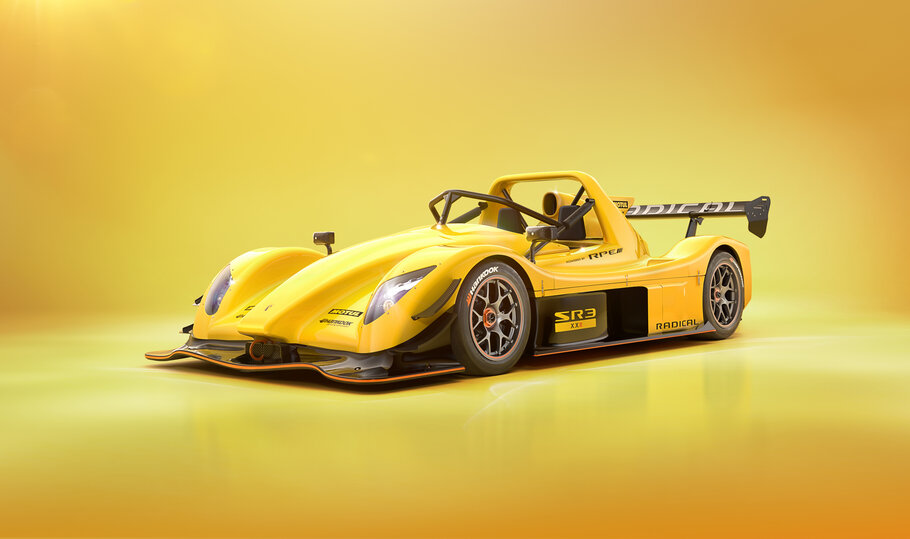 Radical Motorsport has unveiled the full specification of its all-new SR3 XXR. Enhancing the proven formula of the SR3, the UK-based motorsport firm has focused on performance, usability and durability while retaining the essence of what makes the SR3 the most successful prototype-style sports racing car in the world.

SR3 models currently make up the majority of grids in the 12 Radical Cup championships around the world, with over 1,500 sold to date. Today, the team behind the renowned SR3 has confirmed that it has upgraded the model – and it is now available to order in SR3 XXR guise – to be more thrilling and provide drivers with the power to lap for longer, with more agility and speed.

Powering the major change is the all-new engine from in-house Radical Performance Engines (RPE). Delivering 232 bhp from the revised 1,500 cc unit, the lightweight SR3 XXR is expected to maintain its impressive power-to-weight ratio exceeding 350 hp per tonne. With the ability to run on biofuel from day one, the use of the Generation 5 engine also makes the SR3 XXR the first Radical that can run on biofuel.

Delivering on customer feedback, the SR3 XXR has been modified to be more agile on track, especially in crucial pit lane stages in which saving time, while not being penalised for speeding, is pivotal. With a new pit limiter fitted as standard, the chance of being punished for speeding through the pit lane is eliminated. The LMP-inspired central tail ‘shark fin’ delivers notable aerodynamic improvement to entry and mid corner stability. The SR3 XXR is also clearly differentiated by its lightweight wheels in a new design alongside high-intensity DRL lights. A carbon fibre splitter and rear diffuser will be offered as an option to improve durability and aerodynamics on track.

Joe Anwyll, Radical Motorsport CEO, said: “’We make racers.’ It’s our new strapline, but it’s true and shows through in the ethos of the new SR3 XXR. This new car has been developed with valuable contributions from our dealer partners as well as current and past customers. For example, it is through listening to their experiences that we gathered they wanted a pit limiter to stop accidental speeding through the pit lane as well as the new cooling setup that significantly reduces warmup time. These factors are just examples of how we continue to enhance the enjoyment of the SR3, arguably the most loved racing car in the world.”

With the increased performance, the engineers at Radical Motorsport have utilised the new technical partnership for the SR3 XXR with AP Racing, to make an upgraded braking system available. The new solution has improved performance through a reduction in unsprung mass and improved pedal feel.

James Pinkerton, Radical Motorsport Head of Research and Development and double Radical Cup UK Champion, said: “The SR3’s handling is renowned as a masterpiece so for [SR3] XXR we took the approach of evolutionary improvements across multiple areas. We looked at customer feedback as well as a list of items we’d personally like as racers. We then set about scrutinising every system on the vehicle to see where improvements could be made, whilst staying true to the SR3 formula. We’ve carried over the sidepod profile from the SR10 to improve airflow and reduce turbulent drag, and of course the new Generation 5 RPE engine is undoubtedly the star of the show.”

Despite already being at the core of what makes the SR3 so successful, there are a number of further improvements to the SR3 XXR’s powertrain. Notable improvements include durability updates and external gear position sensors for the gearbox, a new scavenge pump design with improved flow for the oiling system and a fuel composition sensor that allows for the use of E85 Biofuels. There has also been a complete rework of the engine and gearbox calibration, as well as improvements to the flow rate and flow consistency of the cylinder head. Other improvements include a reduction in mass for the connecting rods, crankshaft pins and the ignition system. While these enhancements increase the peak power and torque outputs without compromising durability, the improvements can be felt from 6,500 rpm all the way to 10,000 rpm.

Available to order now through Radical Motorsport’s global dealer network, operational through 33 dealers in 21 countries, production of the SR3 XXR is due to start in February 2023 with deliveries expected later the same month.