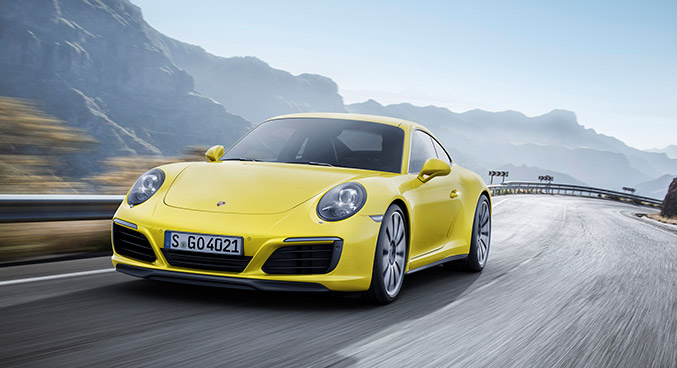 A sports car with all-wheel drive is the first choice for more than one in three Porsche 911 buyers. With the new 911 Carrera 4 and 911 Targa 4, the innovative turbocharged engines are more powerful and consume less, with the improved all-wheel drive increasing dynamics and driving safety. In addition, the adaptive PASM chassis (Porsche Active Suspension Management) with its 10-millimetre lower ride height included as standard enables an even greater spread between sporty circuit and relaxed long-distance driving. Rear-axle steering that is available as an option for the Carrera 4Smodels further increases the dynamic spectrum considerably. Interior functionality is enhanced by the standard-feature Porsche Communication (PCM) connectivity and infotainment system with simplified operation and multi-touch display.

The all-wheel drive models not only include the numerous visual refinements of the new 911 Carrera generation but also have their own individual distinguishing characteristics. For instance, the light strip between the rear lights now produces an especially distinctive effect thanks to its new three-dimensional design. The light strip also underlines the signature look of the all-wheel drive 911, with rear wings that arch further outwards by 44-millimetres, as in previous models. Additional distinguishing features of the new 911 generation range from the headlights with four-point daytime running lights, via door handles without recess covers, to the redesigned rear lid with vertical louvres and new rear lights – including the characteristic four-point brake lights.

New developments in the visual appearance also underline the sophisticated elegance of the 911 Targa. With its individual design, the new 911 Targa continues to stand out clearly from the coupé and cabriolet. It spectacularly combines the classic Targa idea with advanced roof convenience. Like the legendary original Targa, it has the characteristic wide bar in place of B-pillars, a removable roof section over the front seats and a wrap-around rear window without C-pillars. The roof segment can be opened and closed at the push of a button, with the soft top being accommodated behind the rear seats as it opens. 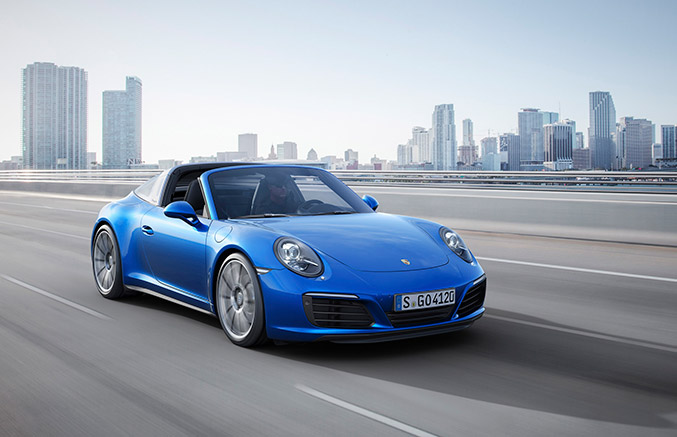 Faster acceleration with up to 12 per cent lower fuel consumption

Behind the re-engineered flat engines are more than four decades of Porsche experience with turbocharged engines from motor racing and production sports car. The result is that all new 911 Carrera models impress with top values in terms of performance, driving fun and efficiency. Thanks to bi-turbocharging, the three-litre, six-cylinder engines in the 911 Carrera 4 and 911 Targa 4 achieve an output of 370 hp (272 kW) and a torque of 450 Nm, while output in the S models increases to 420 hp (309 kW) and torque to 500 Nm. This gives the driver an added bonus of 20 hp (15 kW) to convert into driving fun. The greater power of the Carrera S models comes from turbochargers with modified compressors, a specific exhaust system and tuned engine management.

In combination with the now electro-hydraulically controlled all-wheel drive, the 911 Carrera 4 for the first time even achieves better acceleration values than its rear-wheel-drive counterparts. Equipped with the options of PDK and Sport Chrono package, the 911 Carrera 4 sprints from zero to 62 mph in 4.1 seconds (0.4 seconds less than its predecessor model), with the S model registering 3.8 seconds (0.3 seconds less). The cabriolet S and the 911 Targa 4 with comparable equipment need just 0.2 seconds longer – the time it takes to blink. Top speeds vary according to model and equipment between 178 mph and 189 mph. 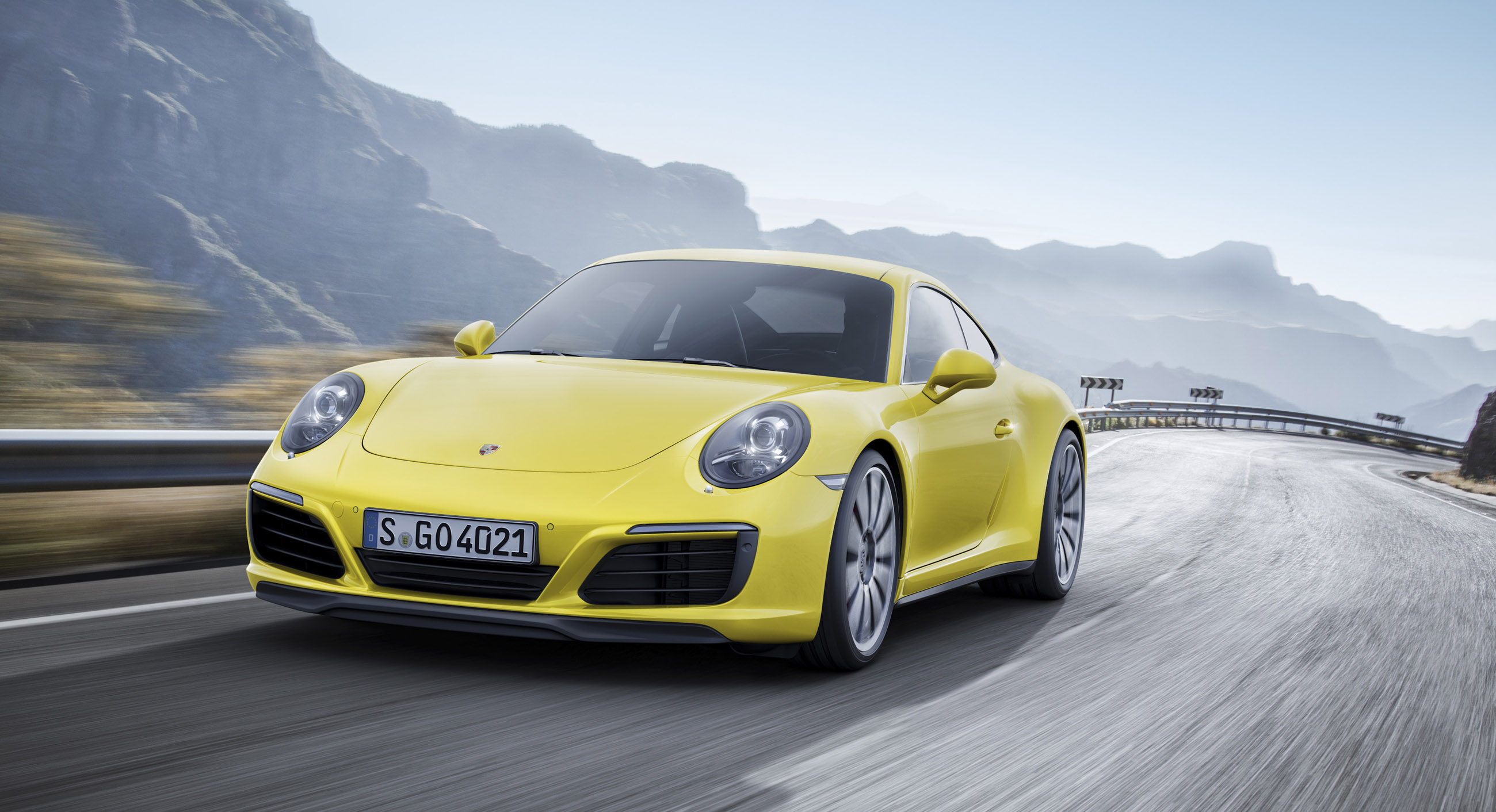 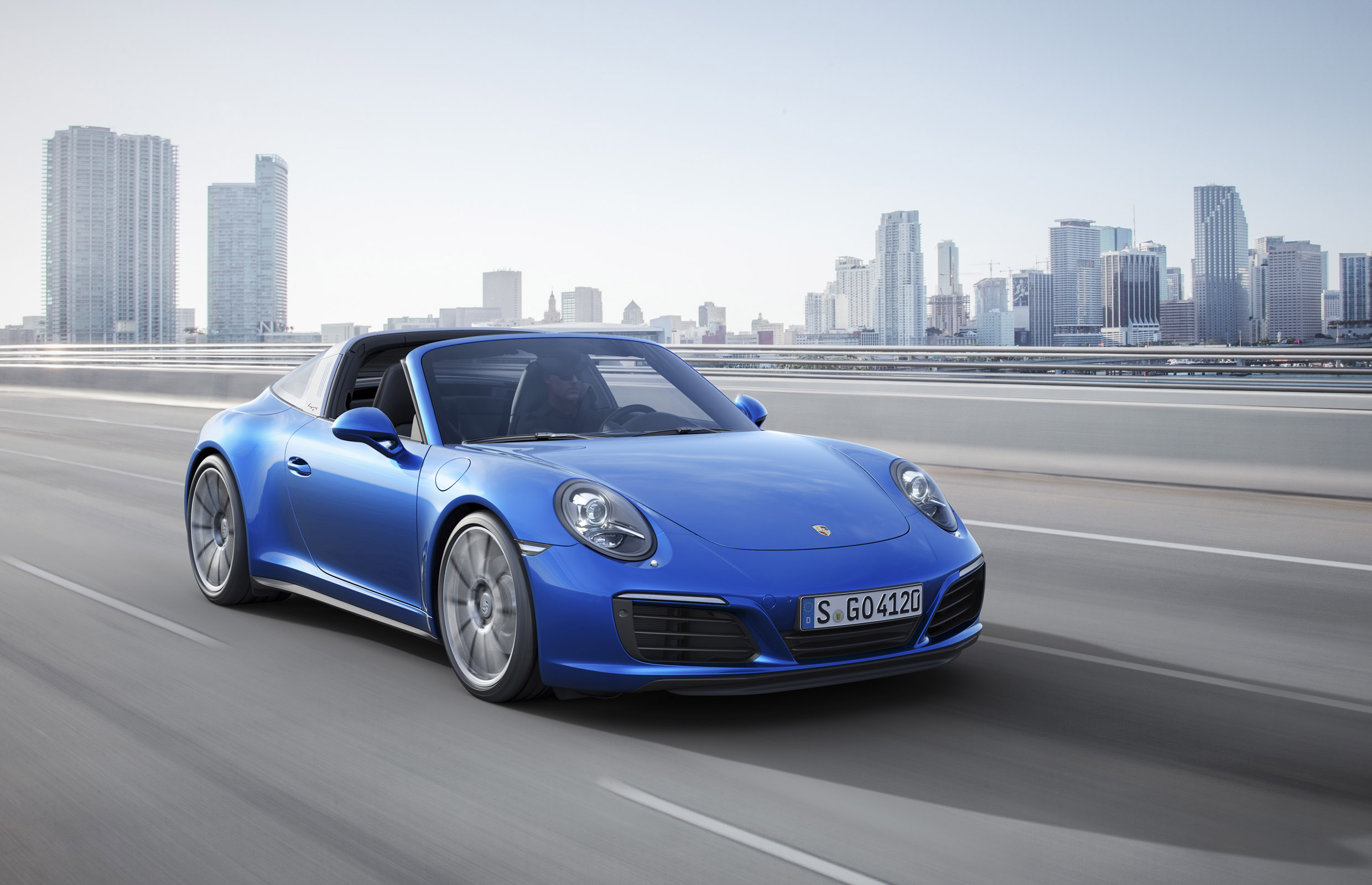 Teatro for Dayz – Real Mobile Technology for Connecting and Sharing