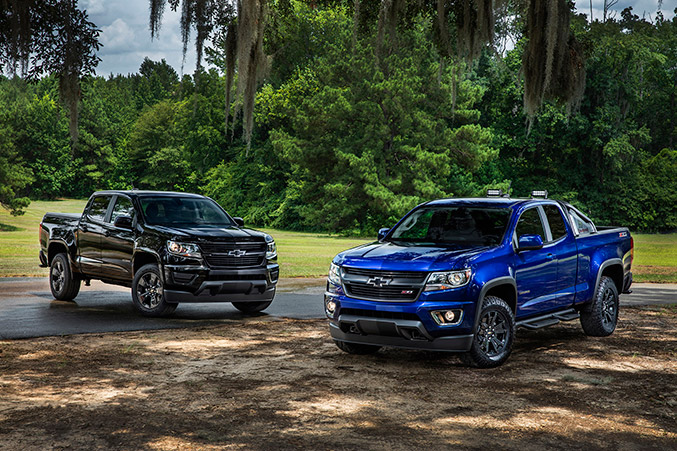 On the street or on the trail, the 2016 Chevrolet Colorado’s Midnight Edition and Z71 Trail Boss bring bolder choices to customers looking to make a visual statement with their truck.

The special editions roll into Chevrolet dealerships this fall, with distinctly tailored appearances that blend custom design cues with Colorado’s popular options and accessories. The Midnight Edition evokes the aesthetic of an urban tuner vehicle, while the Z71 Trail Boss is designed for terrain where the pavement ends.

“These are aggressive editions of one of the country’s hottest-selling truck, demonstrating the personalization that’s possible with Chevrolet accessories, whether it’s for the street, trail or both,” said Tony Johnson, Colorado marketing manager. “As the Colorado continues to win over new customers, the new Midnight Edition and Z71 Trail Boss give them more choices and build on segment-leading capabilities and efficiency.”

Echoing the blacked-out design theme introduced on the popular Silverado Midnight Edition, the 2016 Colorado Midnight Edition casts an imposing stance. Offered exclusively in black, additional exterior details such as the grille, the bowtie emblem and the 18-inch aluminum wheels are also finished in black.

Additional content includes a spray-on bedliner and soft, folding tonneau cover – both in black, of course – and Chevrolet-logo sill plates. 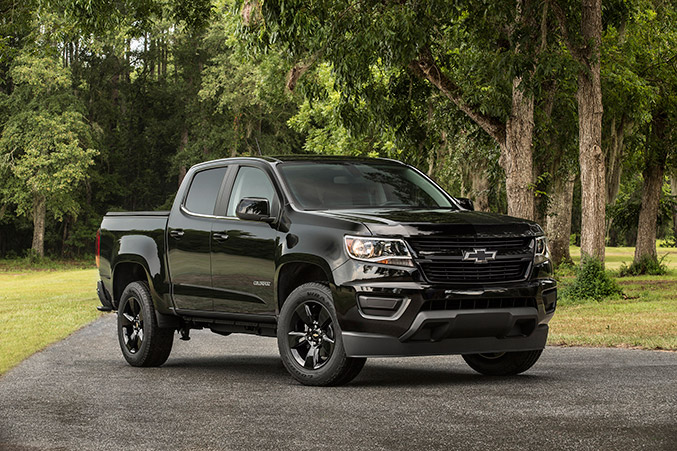 The Colorado Midnight Edition is available on LT models with the extended and crew cab bodies, in 2WD or 4WD, and with the 2.5L and 3.6L engines. It will also be available with the all-new 2.8L Duramax turbo-diesel engine. Pricing will be announced later.

The Colorado Z71 Trail Boss is available on Z71 models with the extended and crew cab bodies, and in 2WD or 4WD. Like the Midnight Edition, it will also be available with the 2.5L and 3.6L engines, as well as the 2.8L Duramax diesel. Pricing will be announced later. 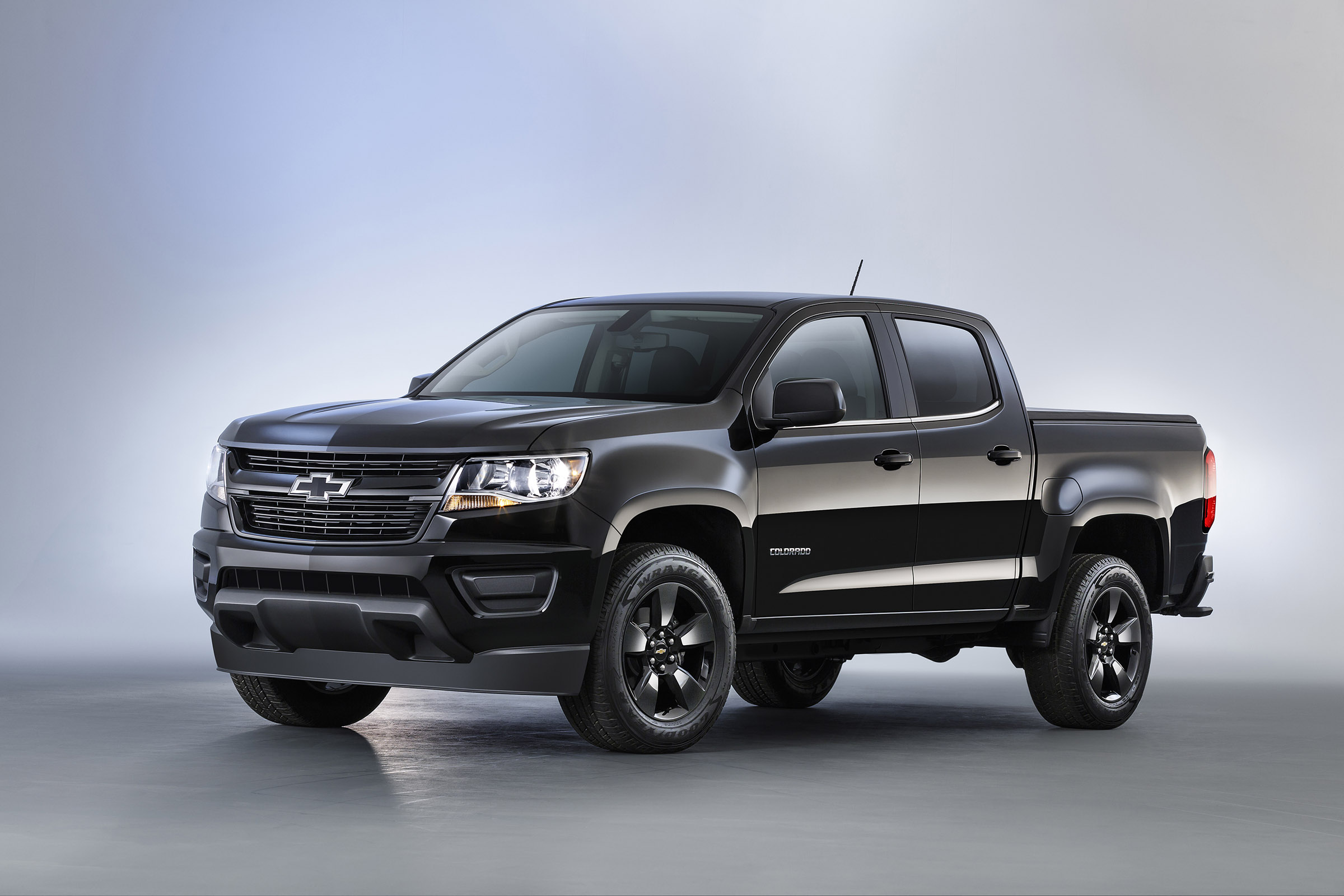 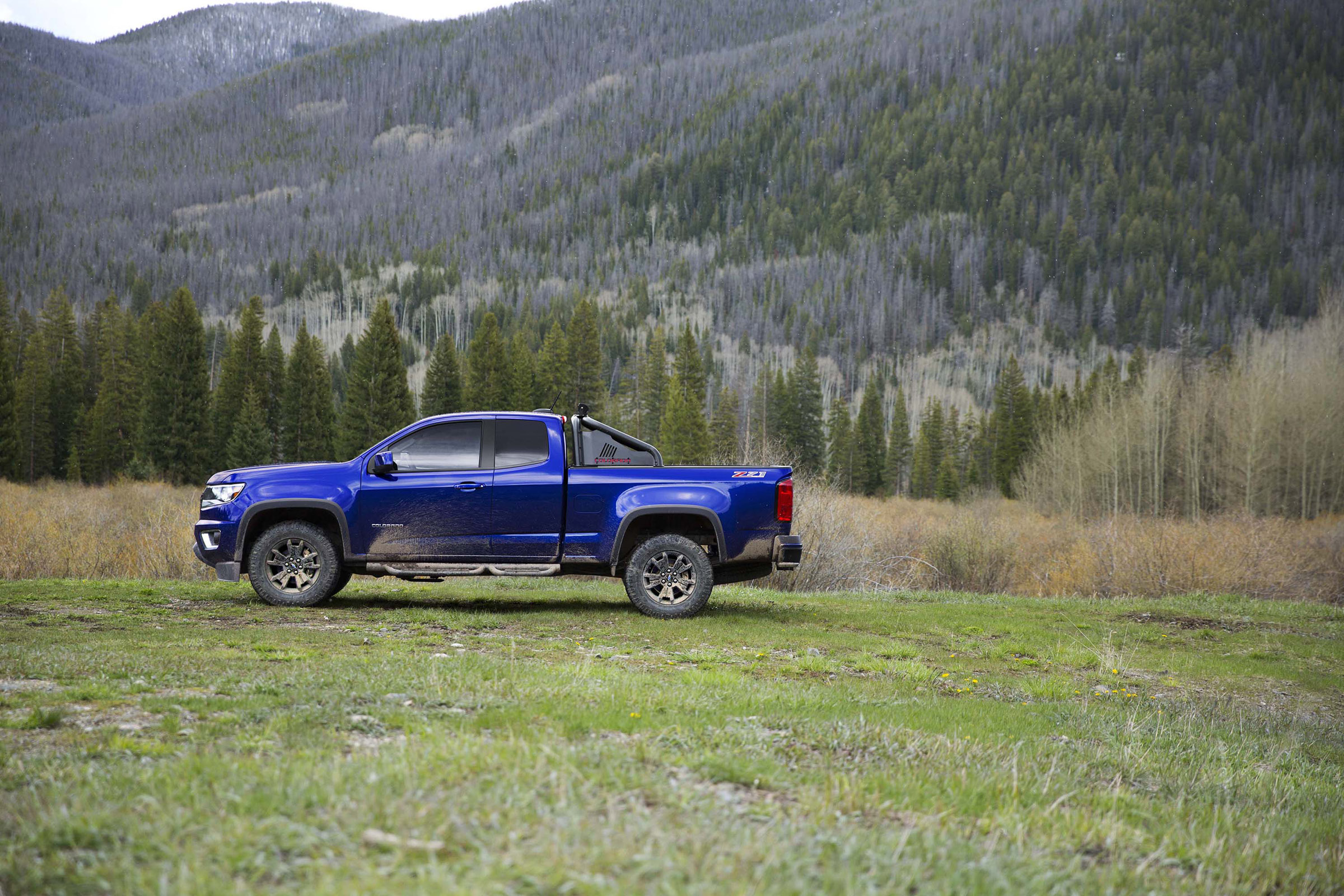 More Range for the 2016 Chevrolet Volt