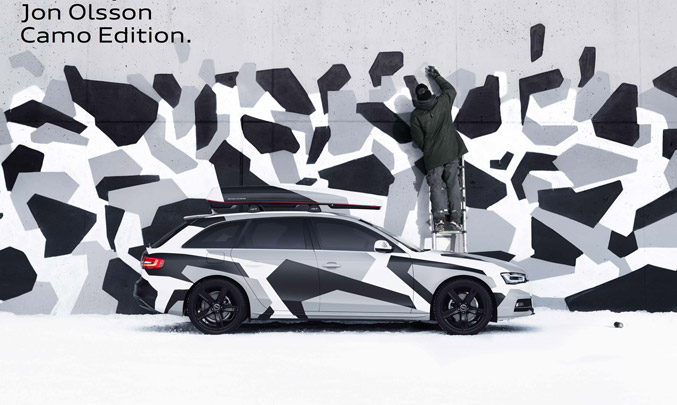 Jon Olsson is one of world’s top free-ride skiers and a couple of weeks ago we have introduced his brad new camouflaged Audi RS6 Avant. Now the skier is happy to announce that an A4 Camo Edition is going to be officially produced for customers.

The car will be equipped with A4 Avant’s 2.0 TDi engine which produces 177 horsepower (130 kW). Jon Olsson Camo Edition will be available only in 50 copies.