A Hot Tub with Wheels 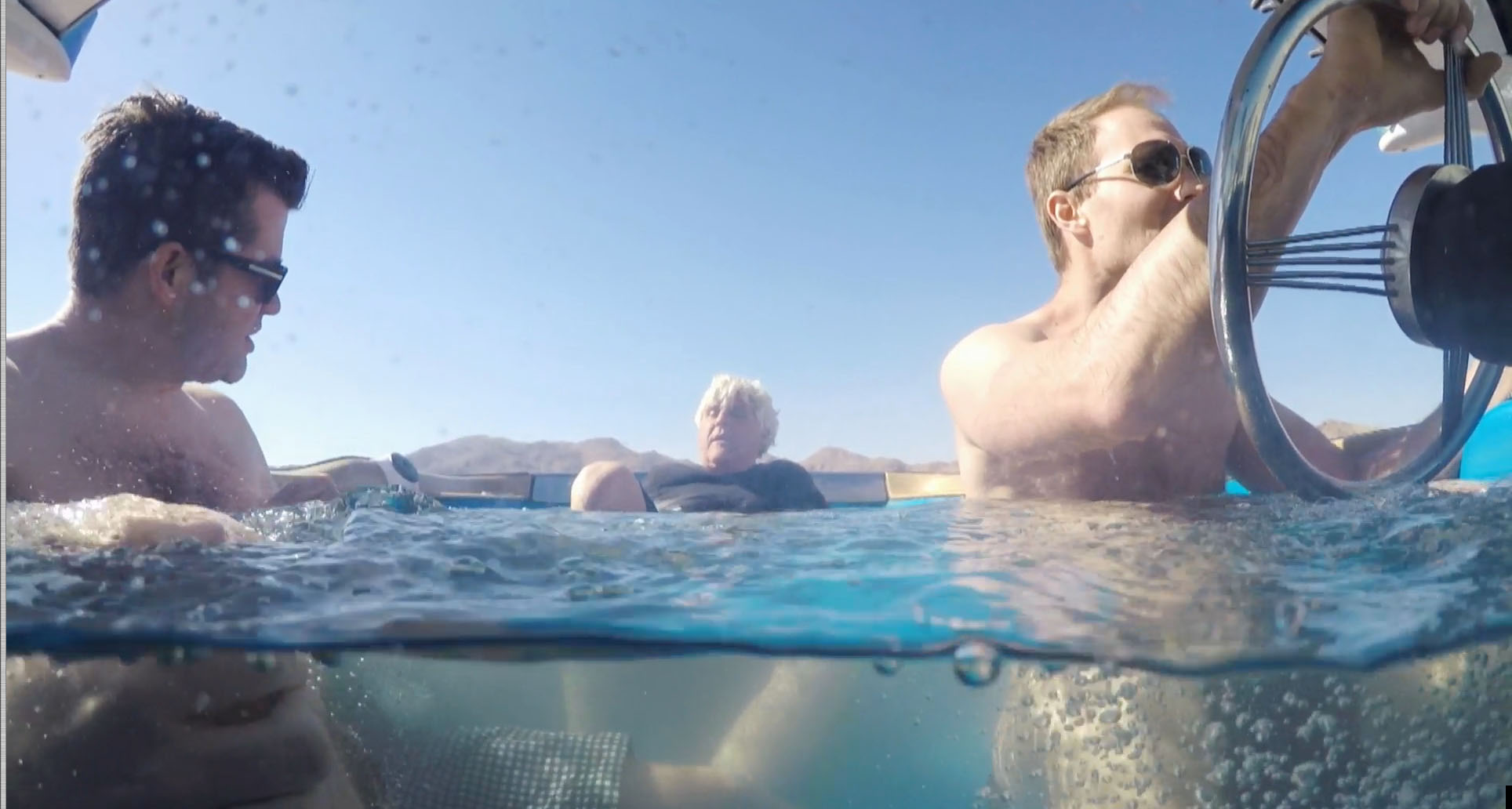 Ready for an offbeat car story? In the mid-1990s, two Canadian engineering students took an old, beat-up 1982 Chevrolet Malibu convertible and turned into a hot tub. That’s right, a real hot tub with hot water and everything, and it could be driven around campus. We heard the story from our friends at Central Avenue Genesis of Hartsdale, a local Genesis dealer in Hartsdale, NY. At first, we thought it was a joke but with a little research (cough, Wikipedia, cough) we got the whole story. Here it is:

In 1996, Phil Weicker and Duncan Forster were two engineering students attending McMaster University in Hamilton, Ontario, Canada.  Presumably after drinking a lot of Molson beer, the two decided that a old Chevy convertible they owned needed a makeover. The question was what kind of makeover? Among some of the suggestions that evening was “a tow car that they could use to tow a portable hot tub.” Great idea, then someone suggested skipping the towing part and substituted “let’s make the car INTO a hot tub.”  Wow.

Empowered with this vision, Weicker and Forster went to work. With the help of several other “believers,” they completed the project in just a few months. The finished project didn’t look like much but it “worked” and was officially nicknamed the MK1. As you can likely imagine, it didn’t take long before MK1 became a well-known entity at McMaster University and was the focal point of many outdoor parties.

After graduating from McMaster, Weicker and Forster left the college life behind and started working as professional engineers. For both, life is comfortable and work is rewarding -then it happened. The urge to make it “better” reared its ugly head and thus began the “The Carpool Deville” concept.

The first thing Weicker and Forster did was purchase a huge old 1969 Cadillac DeVille. This vehicle was one of the biggest convertibles to ever come out of Detroit and it was perfect for their project. Then, they removed the interior and installed an elaborate custom fiberglass tub. To drive the vehicle, a marine-style steering wheel, gauges, and throttle controls were fitted into the dash. The factory-installed 427-cubic inch V8 was fully rebuilt and the exhaust manifolds were modified to heat the pool water. Fortunately, the trunk on this car was huge so things like the air-ride system, pool filter, water pump, could all be fitted in.

Since the completion of the Carpool DeVille, both engineers have become minor on-line celebrities and , frankly, emblematic of what can occur when you think creatively. Those who said that “a mobile hot tub was just a dream” were proved wrong. Let’s face it, these two persistent engineers have made automotive history.  Ok, it’s sort of odd history, but it’s still history.  Hey, the guys at Ripley’s believe it or not just love it.

Should You Buy a Popup Trailer?