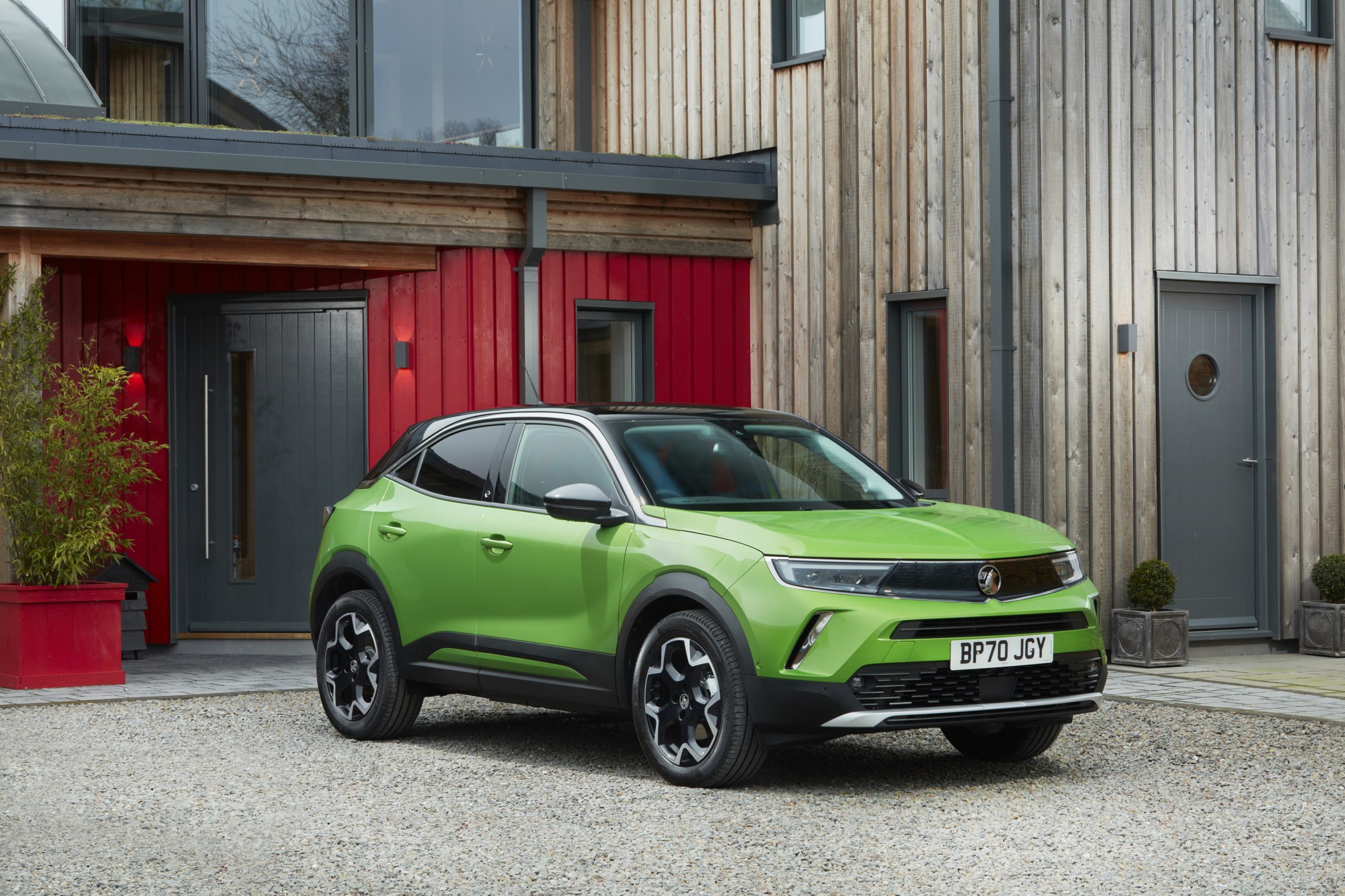 The new Mokka features a bold new design language and is available as a BEV (Battery Electric Vehicle) or with a choice of efficient petrol and diesel engines, with class-leading levels of technology and a stylish new design language.

New Mokka and the 100% electric Mokka-e showcase Vauxhall’s new design language, including the new Vauxhall Vizor front end and the new Vauxhall Griffin emblem – both of which will feature on all future Vauxhall models. With an aerodynamic design that cuts drag by up to 16% at motorway speeds compared to the previous model, the new Mokka is even more efficient, dynamic and fun to drive.

The fully electric Mokka-e features a 50kWh battery and 100kw (136PS) electric motor to produce 260Nm of torque. The new Mokka-e can drive for up to 201-miles on a single charge under WLTP testing and supports up to 100kW rapid charging, with an 80% charge taking just 30 minutes.

The two petrol engines are joined by an efficient 1.5-litre diesel, with a six-speed manual transmission combining 110PS and 250Nm of torque with impressive fuel consumption of 65.7mpg and low CO2 emissions of 114g/km under WLTP testing.

Available to order now, prices for the new Mokka start from £20,735 OTR.

New Mokka stays true to the proportions and key design elements of the GTX Experimental concept car, first shown in 2018, and Vauxhall has dropped the X from the nameplate. With a bold and pure new design language, new Mokka introduces a completely new style to the B-SUV segment.

Built on Vauxhall’s multi-energy Common Modular Platform (CMP), the new Mokka measures 4,151mm long, 1,791mm wide (excluding the mirrors), and 1,531mm tall. Compared to the previous model, the new Mokka is 124mm shorter, and 10mm wider, while the wheelbase has been increased by 2mm. The shorter profile and flowing body surfaces give the new Mokka a sporty and dynamic stance.

The exterior of the new Mokka is not only bold and pure but features an aerodynamically efficient design that improves efficiency and cuts emissions. With a drag coefficient (Cd) of just 0.32, the Mokka features one of the lowest drag shapes in its market segment. The new design cuts drag at motorway speeds by up to 16% compared to the previous model.

The Mokka is the second model after the new Crossland to feature Vauxhall’s distinctive new Vizor front-end. A single dark module runs across the front of the vehicle, encompassing the LED headlights and the new Vauxhall Griffin logo. At the rear, the new Mokka nameplate is stretched boldly across the rear of the vehicle, with the short rear overhang complemented by the tail LED lights.

Vauxhall’s engineering team has also focused on weight reduction, saving up to 120kg compared to the previous generation model. Body rigidity has also been improved through the use of ultra-high strength steel and new design techniques, with stiffness increased by 15% on petrol and diesel variants and by up to 30% on the electric Mokka-e – the latter thanks to its low-sitting integrated battery structure. The benefits are obvious: the all-new Mokka consumes substantially less energy, while being more responsive, agile and fun to drive.

Customers can also choose a striking new Mamba Green paint colour and a combination of contrasting roof and bonnet colours for a truly personalised look.

The design revolution continues inside, with the new Mokka the first Vauxhall model to feature its new Pure Panel digital instrument display. An integrated display contains both the digital instrument panel and the central touchscreen. The design helps reduce the need for multiple buttons and controls, allowing drivers to maintain concentration on the road.

Excellent seating engineering is typical of Vauxhall. Six-way ergonomic seats are available in the new Mokka, which are individually adjustable. A sporty Alcantara and a classic full leather interior are also available – with heated front seats and driver’s seat massage function also available.

Despite the smaller dimensions, boot capacity remains nearly identical to the previous Mokka iteration. With the rear seats up, the new Mokka has up to 350 litres of boot space, extending to 1,105 litres with the rear row folded.

POWERTRAIN: A CHOICE TO MEET ALL DEMANDS

All Mokka-e models feature a 50kWh lithium-ion battery and a 100kW (136PS) electric motor with 260Nm of torque as standard. The Mokka-e also comes with a standard 11kW on-board charger. Under WLTP tests, the Mokka-e has a range of up to 201 miles from a single charge.

Customers can choose between three driving modes, Normal, Eco and Sport to suit their driving requirements and energy consumption. Each mode not only alters the throttle and steering response, but also adjusts the power and torque available.

Supporting up to 100kW rapid DC charging, an 80% charge takes just 30 minutes in the all-new Mokka-e, with the lithium-ion battery guaranteed by an eight-year/100,000-mile warranty.

Through the MyVauxhall app, or via the centre console, drivers can also schedule delayed charging, taking advantage of lower electricity tariffs during off-peak hours.

The Mokka is available with two petrol engines. The range starts with a 1.2-litre, three cylinder turbo engine producing 100PS and 205Nm torque, connected to a six-speed manual, which sprints from 0-60mph in 10.6 seconds and a reaches a top speed of 116mph. Under WLTP testing, it achieves up to fuel consumption of 51.4mpg and combined emissions as low as 124g/km CO2.

From SRi trim onwards, buyers can opt for a more powerful variant of the 1.2-litre engine, with 130PS and 230Nm. Available with either a six-speed manual or eight-speed automatic. Manual variants accelerate from 0-60mph in 9.1 seconds, with a top speed of 125mph, while the automatic versions achieve 0-60mph in 9.2 seconds and reach a top speed of 124mph. Under WLTP testing, the manual versions achieve up to 51.4mpg and CO2 emissions of 123g/km while the automatic variants emit 133g/km of CO2 and achieve up to 47.9mpg.

The two petrol engines are joined by an efficient 1.5-litre diesel with six-speed manual transmission, producing 110PS and maximum torque of 250Nm. Under WLTP testing it achieves up to 65.7mpg and CO2 emissions of 114g/km.

All of Vauxhall’s diesel engines are fully RDE2 compliant, making them exempt from the current 4% surcharge on Benefit-in-Kind (BIK) rates.