Using Induction to Charge EVs on the Road 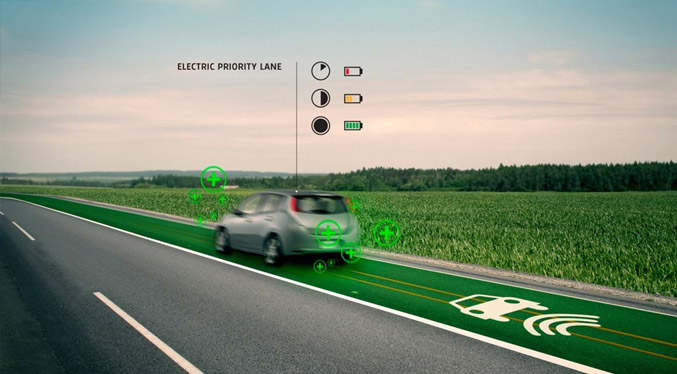 One common concern about using Electric Vehicles (EVs) is how charging works when out of “home range”. To alleviate this concern, several companies are looking at charging techniques using electromagnetic induction. Electromagnetic induction is a method of transferring energy from one place to another wirelessly- no actual physical wire connection is involved. It is the physical principle behind the operation of electrical transformers, of which billions exist around the world. Today we have a lot of people thinking that electromagnetic induction might be a great way to charge EVs too. This means that EV owners wouldn’t have to stop and plug in their cars to charge them. They could be charged when they are parked or conceivably while they are being driven (!)

A radical new concept? Not exactly, electromagnetic induction is being used to charge vehicles now, just not in the US. An inductive charging system has kept 30 electric buses running in both Genoa and Turin (Italy) for more than a decade. Coils buried in the road bed restore 10 to 15 percent of the bus battery’s charge during each stop for passenger pickup. The system’s German manufacturer, Conductix-Wampfler, claims a 95-percent energy-transfer efficiency, and no weather-related issues. Not only that, longer battery life is attributable to the frequent battery charging cycles.

Perhaps the ultimate goal is recharging EVs as they roll down the road. Last year, the Korea Advanced Institute of Science and Technology (KAIST) launched the first true electric highway. Two electric buses operate on a 15-mile public-transit route in Gumi, South Korea, with recharging power supplied by strips buried under 5 to 15 percent of the roadway. By energizing the strips in sync with bus movements power consumption is optimized. KAIST hopes to expand its system to a dozen buses this year.

From related article at Lynch Chrysler