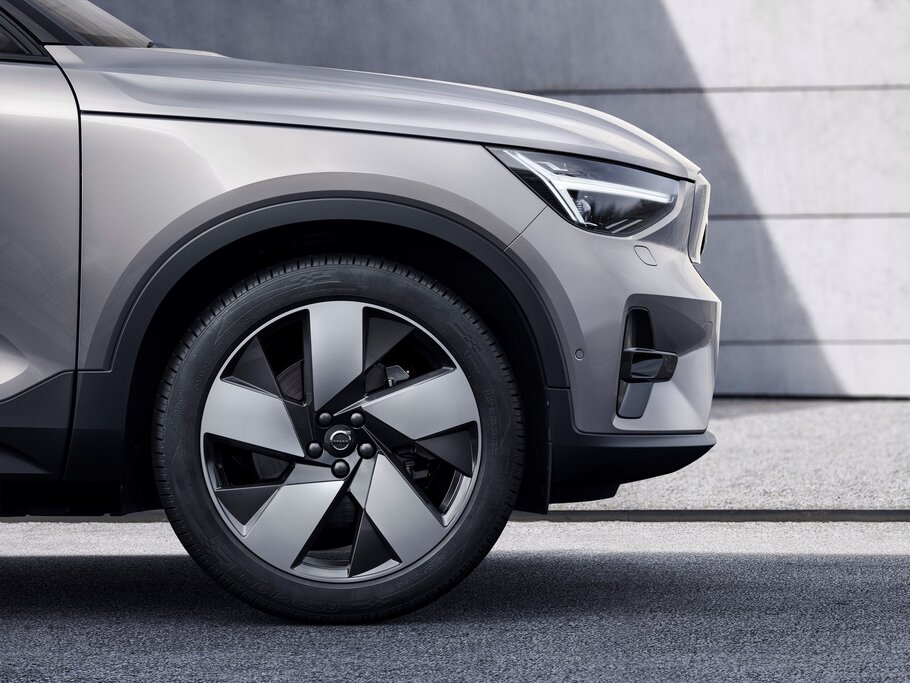 Volvo Cars has for the fourth year in a row received the highest rating for its sustainability performance from EcoVadis, a leading provider of corporate sustainability assessments, further reaffirming its position as one of the most sustainability-minded companies in the car industry.

According to EcoVadis, Volvo Cars’ sustainability performance deserves an Advanced ranking for its “structured and proactive approach”, based on the agency’s methodology. The resulting Platinum Medal rating places Volvo Cars in the top one per cent among all 75,000 companies assessed by EcoVadis.

The Platinum Medal accreditation serves as further evidence that sustainability is as important as safety to Volvo Cars and is a top priority throughout its operations.

Separately, Volvo Cars also received a Bronze rating in the annual Corporate Sustainability Assessment by ratings provider Standard & Poor’s (S&P), known for its stringent sustainability assessments. The Bronze rating places it among the top 10 per cent of assessed automotive companies for environmental, social and corporate governance.

Volvo Cars was particularly commended for its performance in the environmental category, and recognised for its efforts to tackle greenhouse gas emissions, energy and water consumption, and waste disposal.

It was also included in S&P’s prestigious 2022 Sustainability Yearbook, which features only the highest performers in each industry. It aims to further improve its rating in S&P’s assessment over the coming years.

Additionally, renowned global environmental non-profit organisation CDP has granted Volvo Cars the title of ‘Supplier Engagement Leader’, in recognition of its work to cascade climate action down its entire supply chain, a core part of its climate plan. It follows its awarding of an A-score to Volvo Cars late last year for its overall environmental ambition and climate action.

“Sustainability is as important as safety to us,” said Anders Kärrberg, Head of Global Sustainability at Volvo Cars. “We are taking action across the board to ensure we become a more sustainable business, including through reduction of our carbon footprint. It is encouraging that EcoVadis, S&P and CDP, through their rigid assessments, confirm that we are on the right track.”

Volvo Cars has a comprehensive climate plan which addresses carbon emissions across its operations and products, with the ambition to become a climate-neutral company by 2040. As a first tangible step towards its 2040 vision, the company aims to reduce its lifecycle carbon footprint per car by 40 per cent between 2018 and 2025.

The climate plan goes beyond addressing tailpipe emissions through electrification; the company will also tackle carbon emissions in its manufacturing network, wider operations and supply chain. Volvo Cars will also make better use of valuable material and lower its carbon impact by embracing the circular economy.

From 2025, it aims to reduce annual carbon emissions by 2.5 million tonnes and ensure that 25 per cent of the material within its new cars is recycled and bio-based. Volvo Cars expects to generate cost savings of SEK 1 billion per year by adopting circular economic principles such as remanufacturing, recycling and reuse.

The methodology used by EcoVadis, S&P and CDP in their assessments is based on international sustainability standards and reviewed by a scientific community of sustainability and supply chain experts.

In particular, EcoVadis looks at how companies implement sustainability across their supply chain. Investors and companies in a variety of industries, and in particular large fleet buyers, increasingly use the ratings published by EcoVadis, S&P, CDP and others for their purchasing and investment decisions.

Electric Assisted Vehicles completes funding round to scale up production