The flagship celebrates an anniversary: the first generation of the modern ŠKODA Superb turns 20 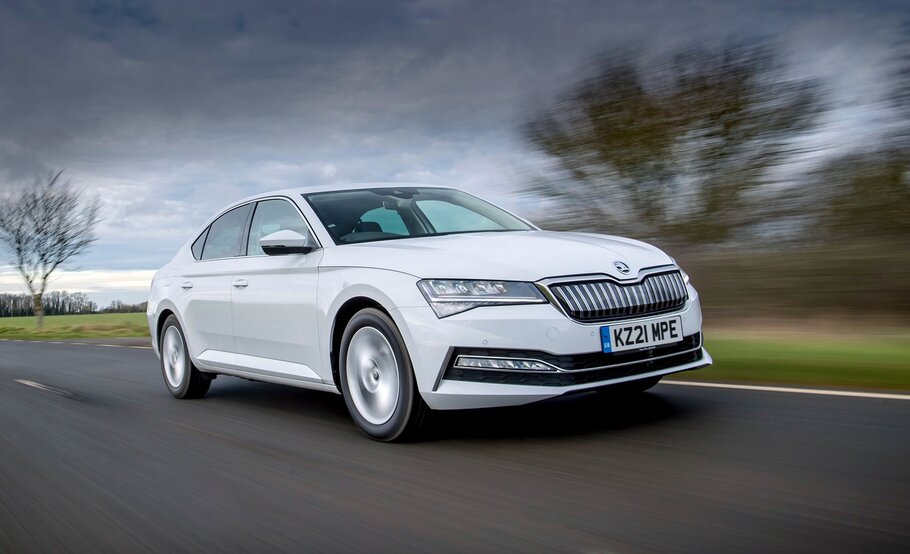 The ŠKODA Superb, the flagship model of the Mladá Boleslav-based car manufacturer, is celebrating its 20th anniversary. On 11 September 2001, the 4.80-metre saloon with its spacious interior, powerful yet economical engines and numerous safety and comfort features made its debut at the International Motor Show (IAA) in Frankfurt. ŠKODA offers the current, third model generation as a hatchback or estate, optionally available also with all-wheel drive and as the Superb iV with plug-in hybrid drive.

ŠKODA has a long tradition of producing mid-size and premium models. As early as 1907, twelve years after the founding of Laurin & Klement in Mladá Boleslav, the fledgling company launched the Type FF, a vehicle that offered true luxury. The eight-cylinder in-line engine was designed in-house, as were subsequent models with engines that were as powerful as they were smooth-running. These were also equipped with the innovative Knight slide control system among other features. Between 1925 and 1936, the ŠKODA Hispano-Suiza limousine was used by the then President of the Republic, Tomáš Garrigue Masaryk, along with numerous other prominent figures at the time. In the early 1930s, the car manufacturer from Mladá Boleslav offered a wide range of models with six-cylinder (ŠKODA 633, 645 and 650) or eight-cylinder engines (ŠKODA 860).

The return and a debut to remember
In 2001, ŠKODA reintroduced the model designation and presented the first generation of the modern ŠKODA Superb. With this launch, the Czech car manufacturer underlined its dynamic development after joining the Volkswagen Group 10 years earlier. Following the premiere of the compact model Octavia in 1996, this marked ŠKODA’s return to the large family car segment.

On 11 September 2001, the ŠKODA Superb was officially unveiled at the IAA in Frankfurt am Main. The 4,803 mm long, 1,765 mm wide and 1,469 mm tall model with front-wheel drive had a wheelbase of 2,803 mm. The engine range for the notchback saloon included three petrol and two diesel drivetrains. The 2.0- litre four-cylinder engine produced 85 kW (115 hp), the other petrol engines were a 1.8-litre four-cylinder turbo with 110 kW (150 hp) and the top version was a 2.8-litre V6 with 142 kW (193 hp). With this engine, the SUPERB reached a top speed of 237 km/h. The 1.8-litre four-cylinder turbo with 110 kW (150 hp) and the 2.8- litre V6 also featured innovative five-valve technology. For customers seeking low running costs, the 1.9-litre TDI with 96 kW (130 hp) was the model of choice, with a standard consumption of only 5.7 litres per 100 km. Another alternative was a six-cylinder TDI with a displacement of 2.5 litres and an output of 114 kW (155 hp). A six-speed direct-shift gearbox was fitted as standard, and the five-speed Tiptronic automatic transmission was also available in combination with the two V6 engines.

In addition to its cutting-edge design, the ŠKODA Superb boasted numerous innovative safety features: The braking system came with ABS and EDS ex-works, and anti-slip control ASR was also part of the package. The high-performance six-cylinder versions also benefited from the electronic stabilisation system ESP, including brake assistant, which was not widely used at the time. Two front airbags and two side airbags in the front seats, one each for driver and front passenger, rounded off the extensive safety equipment. Additional head airbags to protect the front and rear passengers were available as an option.

Series production of the new ŠKODA Superb was launched at the Kvasiny plant on 1 October 2001 after the site had been fully modernised at a cost of 200 million euros. By the end of the year, 581 vehicles had been produced before the first units of the comfortable saloon were delivered in spring 2002, with a lifetime mobility guarantee included. The successful career of the first modern Superb generation ended in 2008. More than 136,000 units were built at the production sites in the Czech Republic, as well as in China, Ukraine and Kazakhstan.

Successor offers even more options
In March 2008, ŠKODA presented the next generation of the Superb at the Geneva Motor Show. By 2015, the Czech carmaker had produced 618,000 second-generation Superbs, which received the ‘Luxury Car of the Year’ award from Top Gear magazine in 2009.

The third generation of the Superb caused a sensation at its world premiere in Prague in 2015. Its  design language, luxurious interior, wide range of modern assistance systems and highly efficient engines were well received. At the same time, the third-generation Superb introduced several technical innovations to the Czech carmaker’s model range: in addition to the Dynamic Chassis Control (DCC) adaptive chassis, parking assist and three-zone air conditioning were also available for the first time. The spacious Superb estate was added to the range in the same year. ŠKODA AUTO took the next step in autumn 2019, launching production of the Superb iV with plug-in hybrid drive. The model’s system output is 160 kW (218 hp) with a range of up to 62 km (WLTP) in electric-only mode. To date, ŠKODA AUTO has produced more than 700,000 units of the current Superb generation.

Over the last 20 years, ŠKODA AUTO has delivered around 1.5 million units of the ŠKODA Superb.

Get Ready For The Next-Gen Ranger!