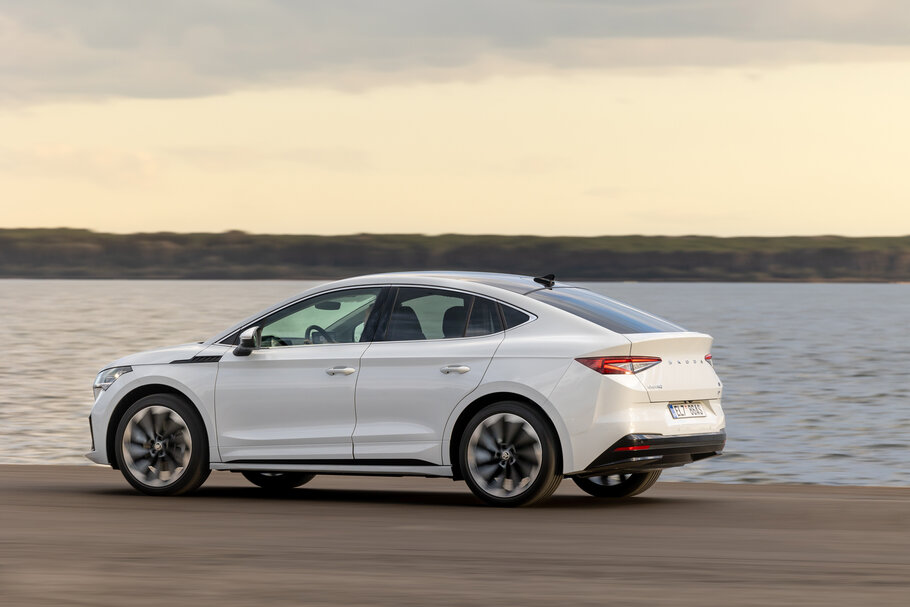 ŠKODA AUTO can look back on a challenging yet successful 2021 fiscal year. 878,200 vehicles were delivered to customers worldwide despite the shortage of semiconductors and coronavirus pandemic. Newly launched models, including the FABIA and the refreshed KODIAQ, enjoy high demand. The ENYAQ iV, the brand’s first all-electric SUV, significantly exceeded expectations, with almost 45,000 being delivered. At the same time, ŠKODA AUTO now has even more responsibility at the Group level, for example, for the regions of North Africa and Russia as well as the MQB-A0 Global Platform. The company expects significant burdens on its operating business in 2022 due to the war in Ukraine and supply bottlenecks.

ŠKODA AUTO CEO Thomas Schäfer emphasises: “Despite all the challenges, 2021 was a good year for ŠKODA AUTO. We did everything we could during the semiconductor crisis to produce as many cars as possible. This enabled us to keep global deliveries at a respectable level. At the same time, we introduced new models and set the course for a new decade of transformation with the NEXT LEVEL – ŠKODA STRATEGY 2030. We are strengthening our role within the Group by taking on even more responsibility, for example for the region of North Africa and the MQB-A0 Global Platform. We are expanding our range of e-models, such as the ENYAQ COUPÉ iV, and we are taking further ambitious steps in sustainability and diversity. For the rest of the year, we expect a great deal of uncertainty due to the war in Ukraine and supply constraints.”

ŠKODA AUTO Board Member for Sales and Marketing, Martin Jahn, adds: “With the new generation FABIA, the refreshed best-selling SUVs KAROQ and KODIAQ as well as our first all-electric ENYAQ iV, we have upgraded and expanded our model range in a targeted manner. The shortage of semiconductors meant that we were only able to meet the high demand to a limited extent. Despite the difficult situation, we managed to rank among the top 8 brands in Europe. In India, we more than doubled our deliveries thanks to the successful launch of the KUSHAQ. I would like to thank our customers for their trust and patience and our dealers for their outstanding commitment. This year, we will continue this momentum with new models such as the ENYAQ COUPÉ iV, the FABIA MONTE CARLO and the refreshed KAROQ. At the same time, we expect another very challenging sales year due to the ongoing production limitations.”

OCTAVIA still the brand’s bestseller, ENYAQ iV exceeds expectations, strong growth in India
ŠKODA AUTO delivered 878,200 vehicles worldwide in the 2021 fiscal year. With 172,000 units delivered, the OCTAVIA was once again the most popular model, followed by the SUV series KAMIQ (111,000 vehicles) and KAROQ (109,000 vehicles). The ENYAQ iV, ŠKODA’s first model based on the Modular Electrification Toolkit, was successfully launched on the markets and significantly exceeded expectations with around 45,000 units delivered. In total, more than 115,000 orders have been received. The Czech carmaker has now added an attractive coupé variant to its model portfolio with the ENYAQ COUPÉ iV. In addition, a new software package increases the maximum range, shortens charging times, increases comfort and optimises operation. The new ENYAQ COUPÉ iV, the refreshed KAROQ as well as the FABIA MONTE CARLO will be heading to customers in 2022. In India, the new KUSHAQ, the first model developed under the INDIA 2.0 project, has generated significant growth for ŠKODA (+108.9 per cent compared to the previous year). Production of the second model, the notchback saloon SLAVIA, recently started and will ensure further growth in the popular A0 segment.

The new NEXT LEVEL – ŠKODA STRATEGY 2030 sets the course through a decade of transformation
With its new corporate strategy NEXT LEVEL – ŠKODA STRATEGY 2030, ŠKODA AUTO is becoming even more electric, digital and international. The company aims to be one of the five best-selling brands in Europe by 2030 with particularly affordable entry-level models and a strong e-model portfolio. At the same time, the Czech carmaker aims to be the leading European brand in India and North Africa and to take on additional responsibility within the Volkswagen Group. The strategy also lays the groundwork for further progress in sustainability and diversity.

Three more all-electric models, MEB battery production launched, ENYAQ iV receives software update
Following the successful launch of the ENYAQ iV and the introduction of the ENYAQ COUPÉ iV, ŠKODA AUTO is planning three more all-electric models before 2030, all of which will be below the ENYAQ iV in terms of price and size. Depending on market developments, the share of all-electric models in Europe is expected to rise to 50 – 70 per cent. More than 227,000 high-voltage traction batteries for the plug-in hybrid models of ŠKODA and other Group brands have already been produced at the headquarters in Mladá Boleslav. In addition, production of MEB battery systems will start there at the end of April. The decision on a possible Gigafactory in the Czech Republic is also expected in the first half of the year. Through these initiatives, ŠKODA AUTO’s home country is becoming an electromobility hub, with the aim of securing jobs and creating new ones.

ŠKODA AUTO assumes worldwide responsibility for the MQB-A0 Global Platform
Since October 2021, ŠKODA AUTO has been responsible for developing the Volkswagen Group’s existing MQB-A0 Global Platform. Based on this, ŠKODA and other Volkswagen Group brands will be designing new entry-level models for regions with high growth potential such as India, Africa, the ASEAN countries and Latin America.

Tangible progress in digitalisation: use of AI, establishing an IT training institute
ŠKODA AUTO is focusing on digital services that offer customers real added value. For example, ENYAQ iV drivers can now charge their car easily and conveniently at over 293,000 charging points in Europe thanks to the Powerpass. At the same time, the Czech car manufacturer is making targeted use of artificial intelligence. One example is the Citymove app, which combines bus and tram links as well as the underground, rental bikes, taxis and ride-hailing services to map out a smart and fast route to the destination; it was downloaded 230,000 times last year. The peer-topeer car-sharing platform HoppyGo also launched in Poland and Slovakia in 2021. Users of the scooter sharing service BeRider have travelled more than 2 million kilometres in Prague since 2019. To promote the training of IT specialists, ŠKODA AUTO has cofounded the ‘42 Prague’ training institute. Starting this summer, up to 450 future programmers will receive training free of charge to prepare them for the jobs of the future by teaching them the most important software programming languages in a practical way, among other things.

Sustainability Advisory Board established, substantial progress towards CO2 reduction
ŠKODA AUTO is enlisting the expertise of an independent Sustainability Advisory Board to help it implement its ambitious sustainability goals. The five internationally experienced members of the independent committee are contributing new impetus and suggestions to promote dialogue between the company and its stakeholders. The first specific projects will be initiated this year. In addition, ŠKODA AUTO has cut CO2 along the entire value chain. As a result, the company surpassed the EU’s CO2 fleet target by three grams last year. The increased share of all-electric vehicles, in particular, lowered the average emission values and thus made a significant contribution to outperforming the targets. In addition, a total of 11,000 tonnes of CO2 were saved in production and water consumption was reduced by more than a third.

Systematic further development of the brand with a new design language
In the second half of 2022, ŠKODA AUTO will be unveiling a new design language. Following the central theme of ‘modern solid’ it will be rolled out gradually over the coming year. In doing so, the Czech car manufacturer is turning its focus towards family and outdoor lifestyles, taking into account its customers’ rapidly changing expectations and needs.

Major uncertainties due to war in Ukraine and supply bottlenecks, relief campaigns launched
The company expects tremendous burdens on its operating business in 2022 due to the war in Ukraine and supply bottlenecks. In close collaboration with its social partner KOVO, ŠKODA AUTO has devised numerous specific aid measures. For example, the Czech car manufacturer has donated 10 million Czech crowns to the Czech organisation ‘People in Need’ (‘Člověk v tísni’) as a first step. Any Ukrainian workers in need will be helped to build a safe life in the Czech Republic for their families. ŠKODA AUTO is sending millions of crowns to support partner cities in caring for refugees near its production plants, focusing on accommodation, language classes, education, health care and integration. In addition, ŠKODA Logistics is helping to transport material donations to Ukraine and lending vehicles to Czech humanitarian organisations to support their activities quickly, efficiently and without unnecessary bureaucracy.