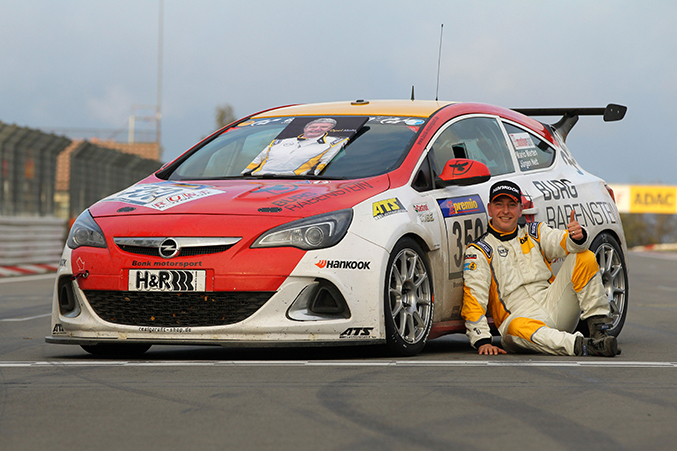 What an exciting first season in Opel’s comeback to motorsport! With two brand trophies up for grabs in 2013, the German carmaker returned to the national stage. It continued its great touring car tradition with the 300 hp Opel Astra OPC, for which there were nine rounds of the Astra OPC Cup on the legendary Nürburgring Nordschleife within the framework of the VLN Endurance Championship. Two drivers shared an Astra for these marathon races through the “Green Hell”. At the season’s final last weekend, Mario Merten and Jürgen Nett were ultimately victorious in winning the Astra OPC Cup from their toughest rivals Jannik Olivo and Elmar Jurek by a wafer-thin margin of 29 points.

For Jörg Schrott, Director Opel Motorsport, the racing was excellent: “Congratulations to Bonk Motorsport and Mario Merten on the championship win in the Opel Astra OPC Cup! We have experienced an incredibly exciting and toughly-contested first season. Plans for the 2014 season are already underway: “We will continue to build on our involvement in the coming year. We would like to make the Cup even more attractive with a further six vehicles.”

The ADAC Opel Rallye Cup season ended with three key outcomes. At the Three Cities Rallye, the ADAM pack had an overall Cup victor, Markus Fahrner, there was a junior driver award winner, Marijan Griebel, and a free starting place in a brand-new Opel ADAM R2 for next season.

Of the five youngsters – Christian Allkofer, Timo Broda, Dominik Dinkel, Marijan Griebel and Fabian Kreim – Griebel and Kreim were ultimately able to assert themselves. The young driver will thus receive an ADAM R2 especially prepared by Holzer Rennsport in Augsburg for the brand Cup next year. This latest, 185-hp rallye version caused a sensation as a course car at the Three Cities Rallye with ADAC Sport President Hermann Tomcsyk at the wheel. This second prototype (number one had its world premiere at the Deutschland Rallye in August) has been further enhanced, and now roughly approximates the status Opel will homologate on January 1 with the international motorsports federation FIA. This means that the foundations have already been laid for the 2014 season.

In collaboration with the ADAC, Opel will be intensifying its promotion of young drivers in rallying. The current R1 vehicles, with upgrades and slight modifications, will remain in the competition and will be joined by 14 brand-new R2s. The highly attractive price of the ADAM Cup variant remains unchanged at 24,900 euros. Like this year, participants will take delivery of their cars directly at the Eisenach plant, where the Opel ADAM is built. It is, in fact, the only small car from a German manufacturer that is actually made in Germany. 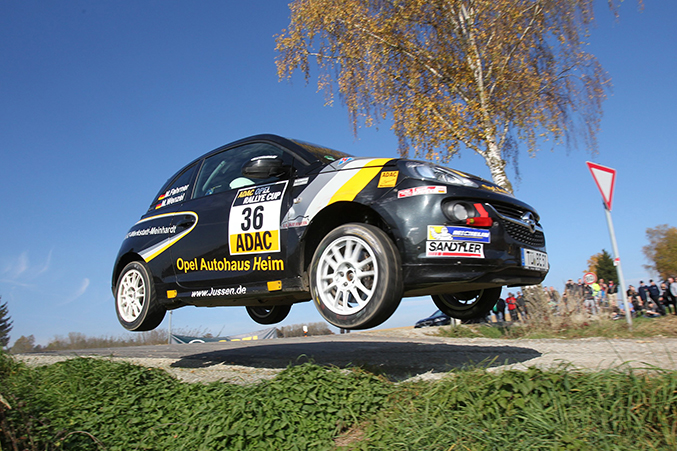 The Opel Rallye Cup will consist of eight races within the framework of the ADAC Rallye Masters 2014. Young drivers up to 27 years old are eligible to take part. Older drivers can take part outside of the brand trophy and will be assessed in a joint division in the ADAC Rallye Masters. This is well worth winning, given that the senior winner will receive a new series production ADAM as a prize at the end of the season. For the Opel Rallye Cup itself, the prize money is increased: first place receives 30,000 euros, second place 20,000 euros and third place 10,000 euros. A junior rating winner who qualifies for a free ride in 2015 rounds off the package. Motorsport could hardly be more attractive for young drivers.

Opel Chief Marketing Officer Tina Müller agrees: “The young, committed drivers in our trendy, quick Rallye ADAM are a perfect fit to Opel. This is hands-on motorsport. It’s gripping for the spectators and exciting for the participants. So it is a highly emotional experience for all involved and all takes place on a very high technical level.”

Bentley Brings More Power to The Ice in 2014