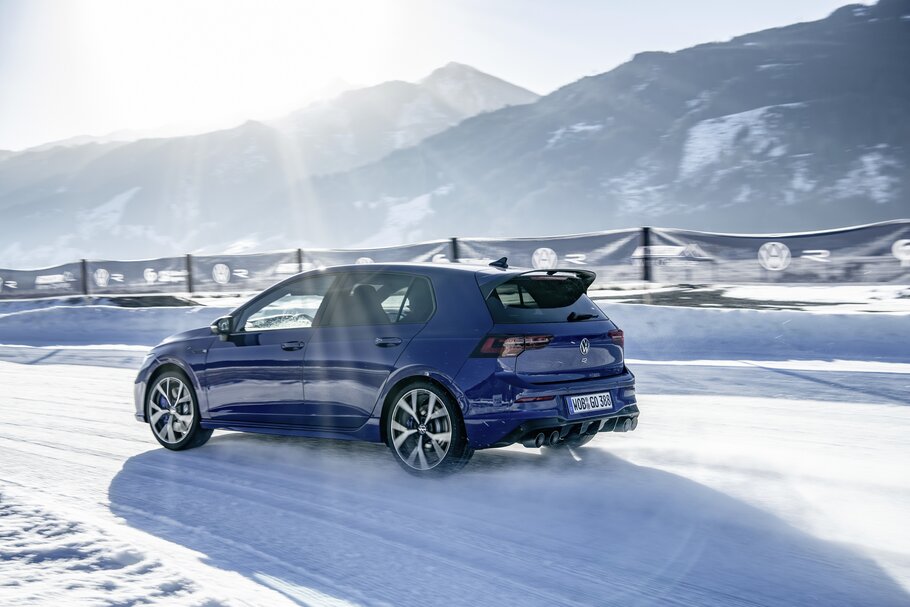 The new Golf R outperforms all previous Golf R models, boasting 235 kW / 320 PS and torque of 420 newton metres. To make sure that the power is brought to the road as effectively as possible, Volkswagen’s engineers have developed a new 4MOTION all-wheel drive system with torque vectoring on the rear axle. It forms the basis for the improved vehicle handling of the Golf R, which is setting the standard in its vehicle class.

The Golf R has traditionally been the most powerful model of the bestselling car. Featuring all-wheel drive and the most exclusive design and equipment, this highly dynamic car always represents the gold standard of technology within its class – the Golf class. And it’s no different this time around: the Golf R is the first Volkswagen to be launched with a new all-wheel drive system: 4MOTION with R-Performance Torque Vectoring. This system, intelligently networked via the vehicle dynamics settings, enables a new dimension of sportiness.

“Our goal with the Golf R was to make its driving characteristics as neutral as possible. In other words, we want to ensure that the vehicle does not under- or oversteer – it should be as straightforward as possible to control at all times”, explains Jonas Thielebein, the engineer in charge of the Golf R. As a Volkswagen R developer, he takes particular pride in the torque vectoring system. Here, a new rear axle drive distributes the drive power not just between the front and rear axles, but also between the two rear wheels. This makes it possible to significantly increase the agility of the Golf R, particularly when cornering. “The selective wheel torque control allows you to take the car to new limits. Even at high speeds, the vehicle handling remains as neutral as possible”, Thielebein adds.

Two driving profiles for maximum performance
Away from public roads, Drift mode opens up a whole new level of driving dynamics and further exploits the potential of torque vectoring by provoking oversteer instead of neutral vehicle handling: the maximum possible torque in this mode is available on the wheel located on the outside of the bend. The ESC in Drift mode is set to “Sport” as standard, meaning that the Golf R’s control electronics kick in at a very late stage. However, real drifts are also possible: the ESC just needs to be switched to OFF.

More control for drivers
In both modes of the R Performance Package, an accelerator pedal characteristic has been sensitively crafted in order to create an unfiltered sense of performance. This high degree of control is an advantage when it comes to perfect drifts on snow and ice, or on asphalt. In both Special and Drift mode, the gearbox calibration of the 420 Nm drive has been optimised in order to keep the rpm consistently high. In automatic mode, the dual clutch gearbox (DSG) thus switches up as late as possible and down as early as possible, which aids power development.

For the first time since the introduction of the DSG, the gearbox will stay in manual mode in both modes if the driver has selected this. Unintentionally slipping back into automatic mode is now a thing of the past. This is something that pros like Benjamin Leuchter have been waiting for a long time. As a brand ambassador and a test and development driver at Volkswagen, Leuchter has had significant input into the development and fine-tuning of the Golf R. “My verdict is clear: the Golf R is the stand-out model in the product line! With the new all-wheel drive, which distributes the power perfectly across the wheels, and the two new driving modes, the Golf R offers a hugely fun driving experience.”

SEAT S.A. will launch an urban electric car in 2025