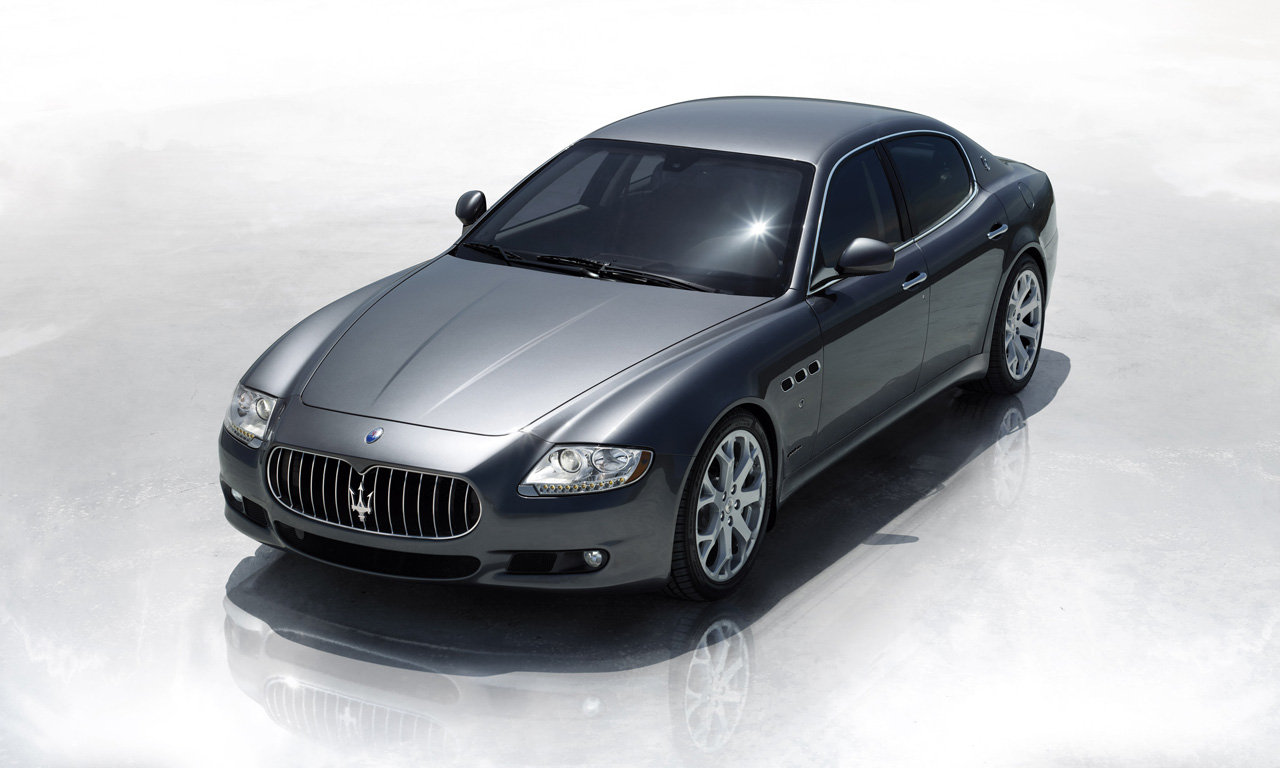 It’s hard not to love the Maserati Quattroporte. Between its Pininfarina lines and the Ferrari-developed chassis and engine, it’s a veritable four-door exotic that makes the top-of-the-line competition from England and Germany look downright ordinary. But both countries are preparing tantalizing new offerings (Aston Martin Rapide and Porsche Panamera), and the Quattroporte has been on the market for five years now. With the complete replacement not due until 2012, Maserati has wisely developed a mid-lifecycle update for its sumptuous sedan. Now after squinting at spy shots for months, details and photos have begun to emerge in cyberspace.

The big question everyone was asking was whether this second-generation Quattroporte would continue with its current 400-hp 4.2-liter V8, or get treated to the more powerful 430-hp 4.7-liter unit that Maserati developed for the Alfa 8C and more recently shoehorned into the GranTurismo S. The answer is, yes. Like its two-door counterpart, the new Quattroporte will now be offered in two versions: the standard Quattroporte and the Quattroporte S. Both will come exclusively with the ZF-sourced six-speed automatic (jettisoning the clumsy sequential transmission that plagued the previous incarnation). Along with the new engine option, the Quattroporte has been treated to some new bodywork: the front grille and bumper have been reshaped and fitted with vertical slats to more closely resemble the GranTurismo’s, the front and rear light clusters have been restyled with LEDs, the fenders sharpened up, the mirrors slimmed down and the tail styled more aggressively. Two new colors – a sandy beige and a maroon – are on offer, and the interior has also been ergonomically and stylistically refreshed, integrating the new Maserati Mutlimedia System.