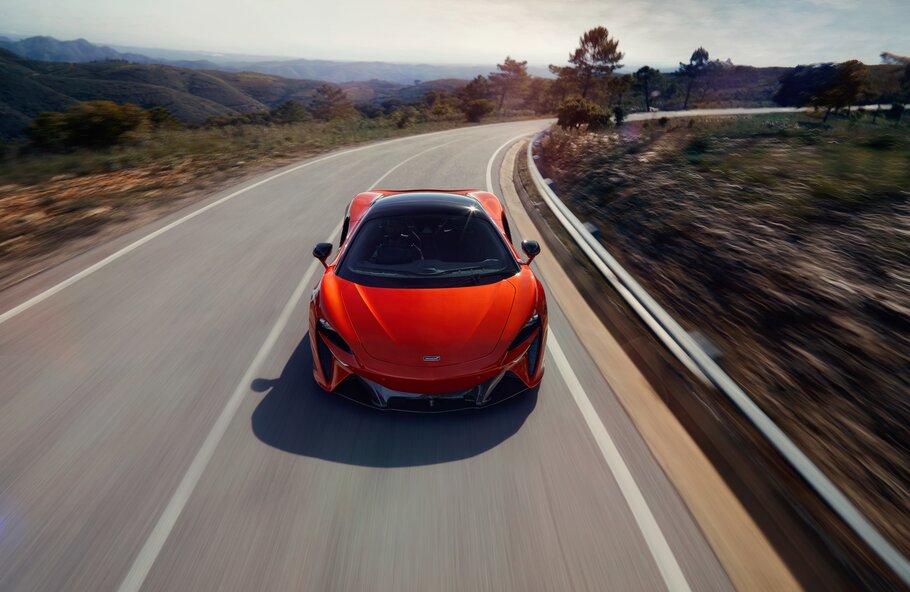 McLaren Automotive will have a major presence at the first edition of the Milano Monza Motor Show (MIMO) that will be held from Thursday 10 to Sunday, 13 June. Located in the heart of Italy’s design and fashion capital and around its cathedral of speed, the Autodromo di Monza, McLaren will display for the occasion the all-new McLaren Artura. It will be the public premiere in Italy for the high-performance hybrid supercar and entirely fitting for MIMO’s tribute to mobility and technological innovations.

An alliance of ‘art’ and the ‘future’, the Artura’s beauty is more than skin deep. It is McLaren’s first series production high-performance hybrid supercar and the first in the class to embrace electrification. As one of the star attractions at MIMO, the Artura will be presented at the Piazza del Duomo resplendent in Ember Orange with TexLux interior trim, carbon-fibre accoutrements and ten-spoke super-lightweight alloys. This all-new engineering masterpiece reflects McLaren’s design language while also remaining true to the British manufacturer’s essential lightweight DNA.

Until now, hybrid-powered McLaren cars were only found in the rarified Ultimate Series,  the legendary McLaren P1TM pioneering the technology, followed by the Speedtail Hyper-GT using an electrified drivetrain to achieve a top speed in excess of 400km/h. Priced from €231,000 in Italy, the Artura incorporates an all-new 120°-angle twin-turbo 3.0 V6, assisted by a compact 94bhp axial-flux E-motor . Combined output of 680PSand 720Nm and a DIN weight of 1,498kg enables blistering acceleration of 0-100km/h in 3.0 seconds; 0-200km/h in 8.3 seconds; and 0-300km/h in 21.5 seconds.

Joining the Artura at the show will be the McLaren 720S Coupé, on display at Corso Vittorio Emanuele II. Finished in Azores Orange with a Carbon Black lightweight Alcantara® interior and specified with the Stealth Pack, the multi-award-winning model remains the benchmark supercar It retails in Italy from €266,500.

Also on display will be the phenomenal McLaren 765LT presented in Lantana Purple. The latest in the McLaren LT line that began with the legendary F1 GTR Longtail race car in 1997, the 765LT will also be present at the CEO (official?) parade. Lighter, more powerful and with even higher levels of performance on both road and track, the McLaren 765LT is the most powerful and engaging LT yet.

McLaren customers will have the chance to drive at the hallowed Autodromo – scene of ten McLaren Formula 1 race victories – themselves in a range of McLaren products, and enjoy adrenaline-filled hot-laps.

On display at the Monza circuit will be a Silica White McLaren GT with a panoramic roof and a 600LT, also in Silica White, with the MSO Club Sport Pro Pack and bespoke details, adding further beauty and excitement to the show.