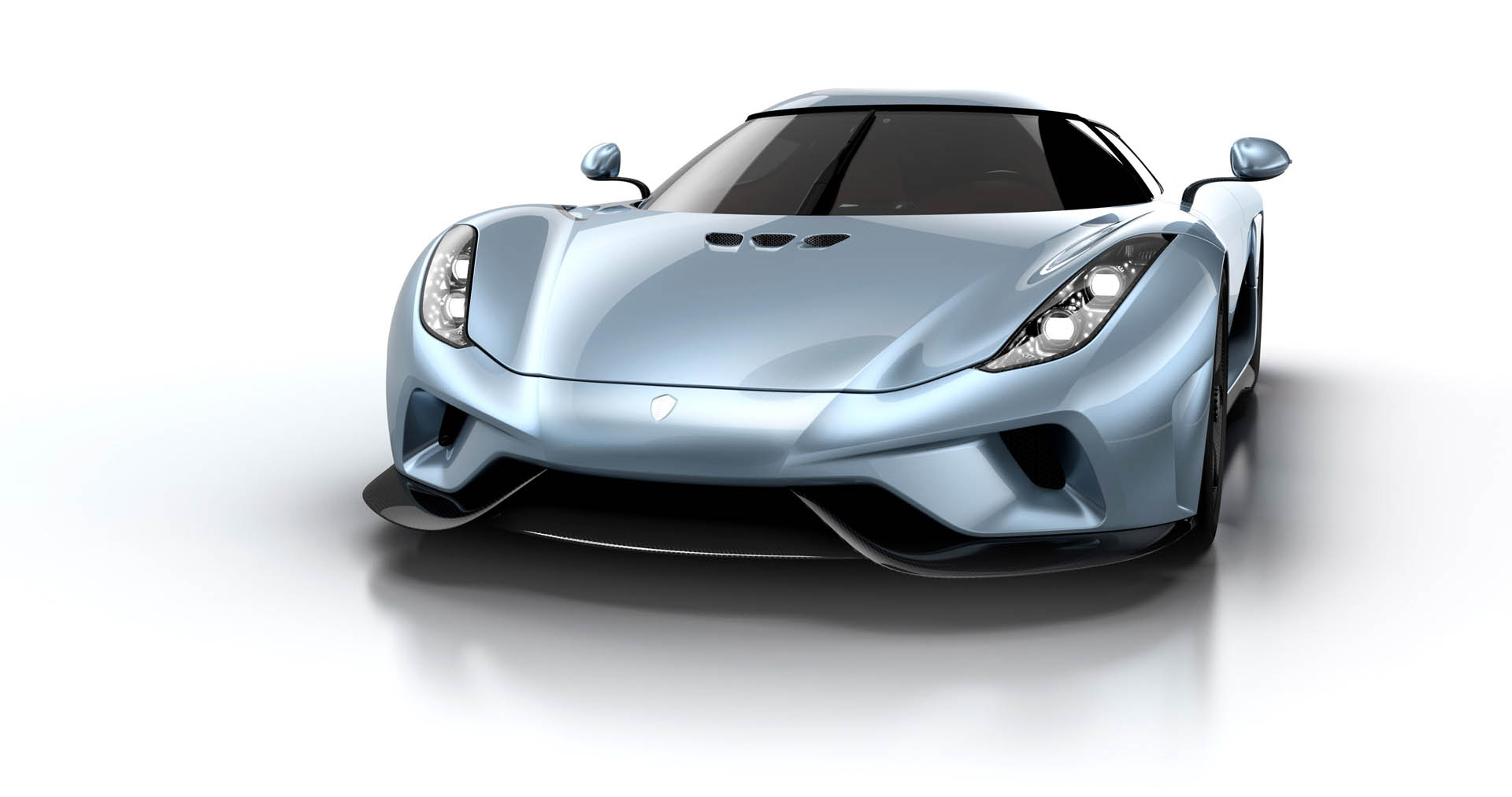 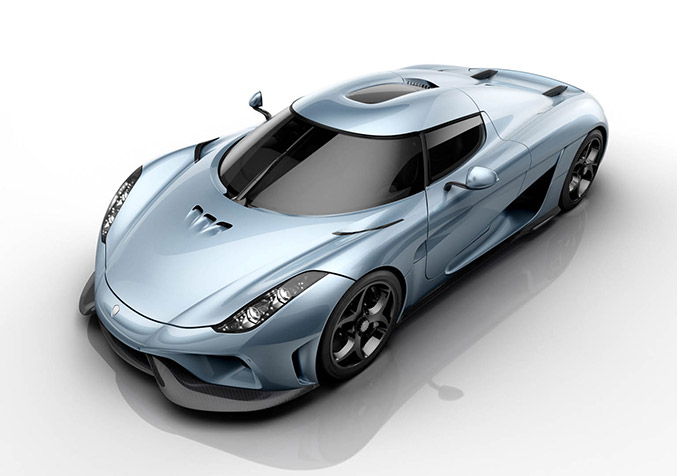 The Regera was created as a luxury Megacar alternative to Koenigsegg’s traditional extreme lightweight race-like road cars. Even though the One:1 and the Agera RS have surprising levels of practicality, creature comforts and features, their primary focus is, and has always been, to be the overall fastest cars on the planet – around a racetrack or elsewhere.

Regera is Swedish for “to Reign” – a suitable name for a machine that offers a never seen before combination of power, responsiveness and luxury – creating a true Dr. Jekyll & Mr. Hyde persona.

In spite of all its advanced technology and creature comforts, the Regera is comparatively light. Therefore, it can still perform competitively around a race circuit. According to us, the only Hyper/Megacar that could be faster around a circuit, is another Koenigsegg.

However, out in the open, the Regera will reign as the king of the road, as the fastest accelerating, most powerful production car ever.

The Regera will be handcrafted in only 80 examples. Apart from being a suitable production run for Koenigsegg´s newly upgraded and refurbished production facility, the number 80 also symbolizes the principle of domination, control and achievement in Pythagorean Numerology.

With the introduction of the Regera, Koenigsegg will, for the first time ever, have two parallel models in production.

A good design and layout of the DRL (Daylight Running Lights) gives character, as the DRL is what’s first seen when a car comes driving from a distance.

We wanted the Regera to stand out and clearly be recognized also from a far, so we came up with a novel idea that we call – Constellation DRL.

To get a constellation of stars effect, we scattered the LED´s, which make up the DRL, around the lamp cluster, giving the effect of star constellations on a night sky made up of polished carbon fiber.

A side effect is that the LED´s make the whole lamp cluster glitter and shine, as if there where diamonds thrown into them. That´s what we call – Koenigsegg cool.

A new level of luxury

The Direct Drive transmission of the Regera is capable of delivering never before experienced blistering response and performance while at the same time being able to deliver one of the smoothest and most soothing driving experiences. Given this high level of bi-polar characteristics, the rest of the car had to be up to the task of delivering blistering, lightweight performance at new levels of soothing luxury.

Therefore Koenigsegg developed a completely new rear sub frame and rear structure that allows the engine and transmission to rest on active soft mounts. When driving in normal conditions, the mounts stay soft and isolate engine noise and vibrations. When driving spirited, the mounts firm up to solidify the car and give greater response. The shock absorbers are active in height and stiffness – again allowing for the bi-polar behavior.

Furthermore, the Regera can be driven in absolute silence, as it is possible to go into full EV mode for shorter periods of time.

Given the latest advances in compact lightweight hydraulics, Koenigsegg has managed to robotize the entire Regera with almost no weight addition. As the Regera features functions such as; active front and rear wings, chassis control and lifting system – the pumps and accumulators were already in place to connect a few more hydraulic operators. These in turn replaced gas struts of equal weight – resulting in minimal weight impact.

Due to the above, the Regera is the first car in the world that operates all body closures completely automatically. The spectacle to open and close the entire car simultaneously from the remote or smartphone, truly turns the Regera into a transformer.

On top of this, all body closures have soft latching mechanisms, giving the Regera a sophisticated feel. The fully robotized body system, with soft latches adds a mere 5 kg, making full robotization a very desirable option.

Furthermore the wing mirrors are auto-folding while the doors open, giving added practicality and visual drama, as the Dihedral Synchro Helix Doors swing out and rotate 90 degrees to fully clear the door opening, without protruding more than the width of the door – making them highly ergonomic.

The Regera utilizes an EV plug in feature. Behind the robotized rear number plate nestles a type 2 mode 3 charging port. This means that the Direct Drive Battery can be charged either by the combustion engine or through the charging port. The plug-in solution enabled us to create a novel feature we call – Battery Drain Mode, or BDM for short. For example, when there is around 50 km range left to the destination or next charging point, a preset geo location or a push on the touchscreen will trigger the BDM. This means the car calculates the driving behaviour and makes sure the battery is fully drained upon arrival and is ready for a full charge. This drastically minimize fuel consumption and lower C02 emissions as the fuel consumed has been correctly optimized for the length of the journey. 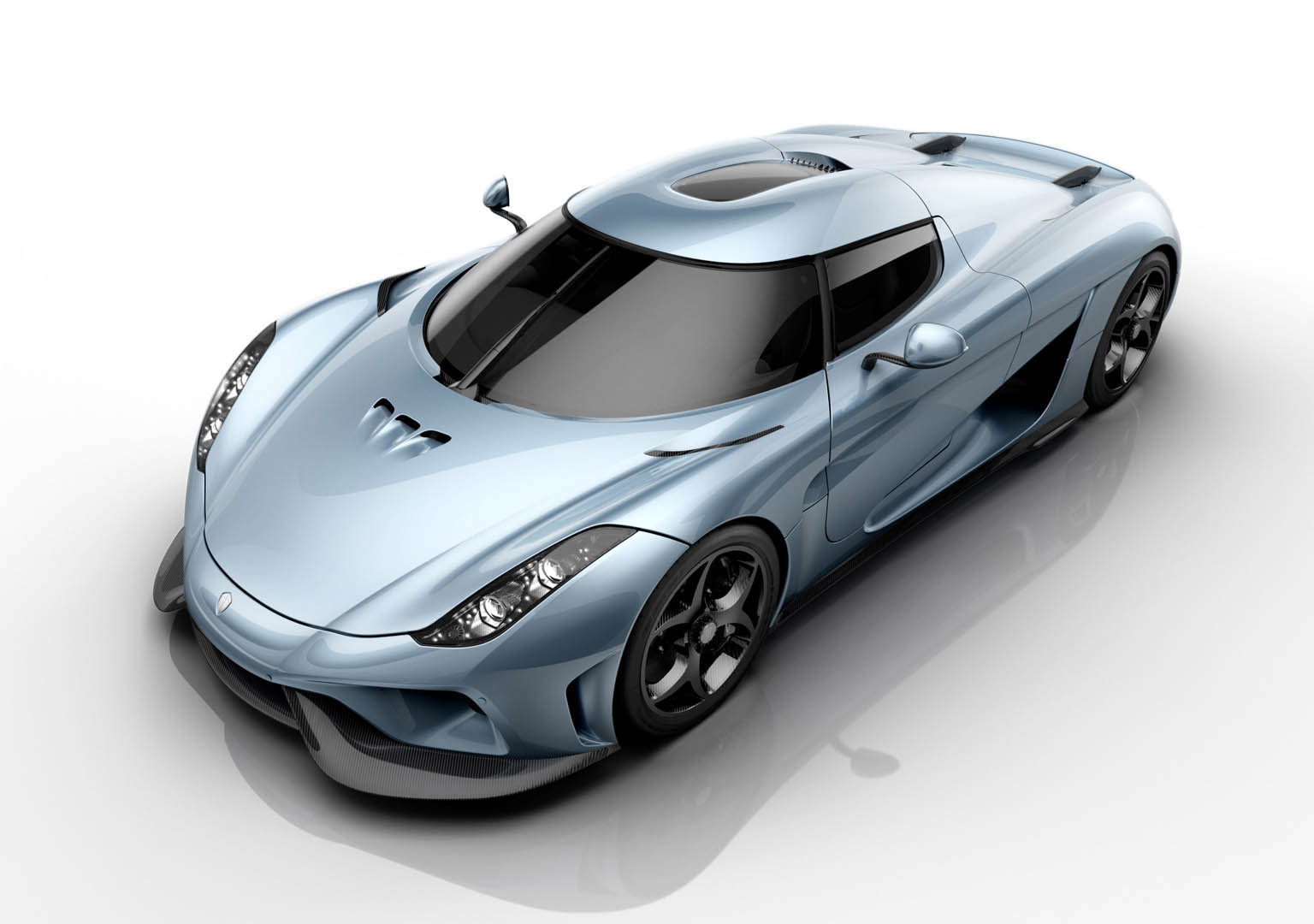