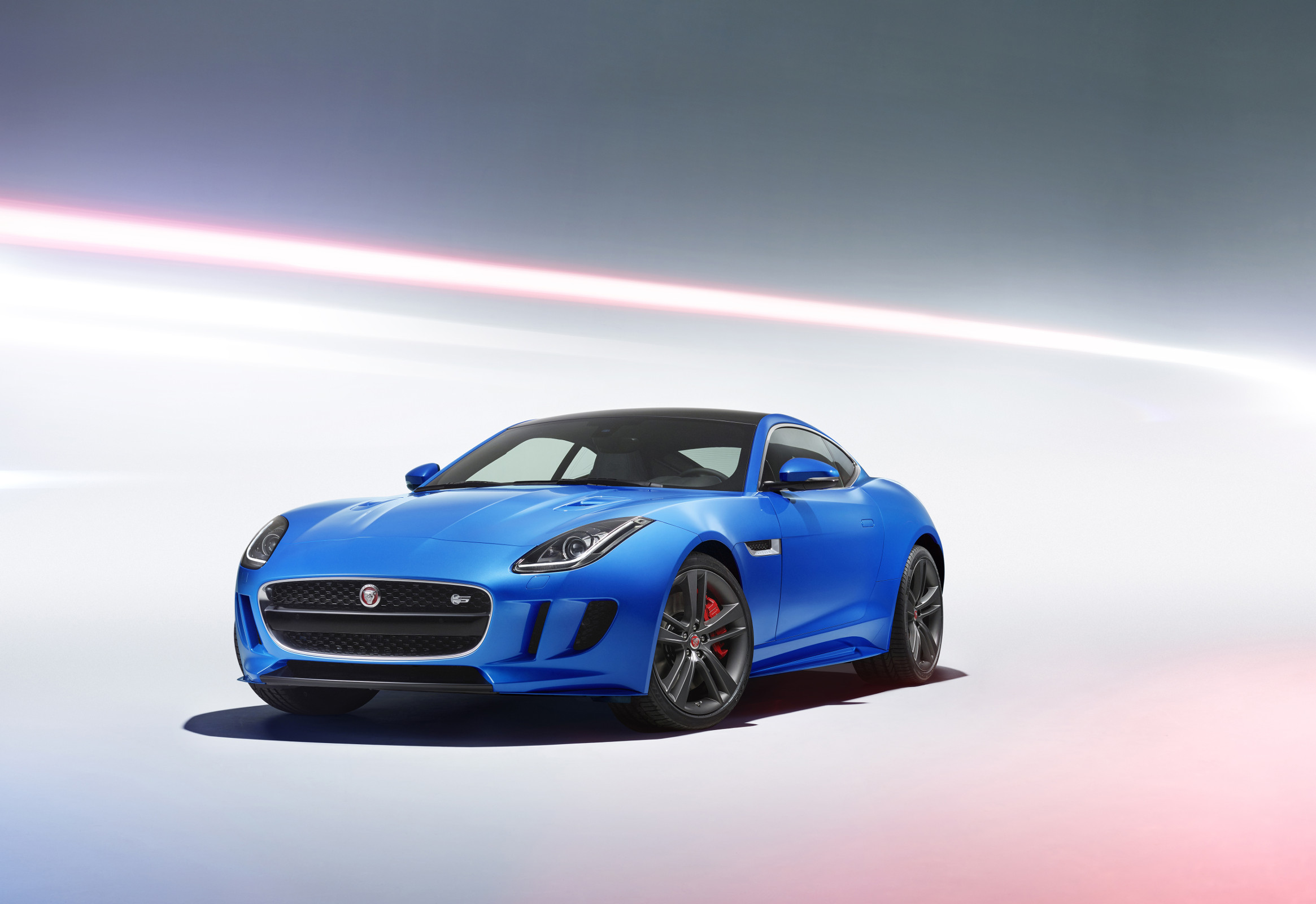 From the moment it was unveiled, the Jaguar F-TYPE gained global recognition as a great contemporary British design – including the prestigious World Car Design of the Year accolade – and now its appeal has been further enhanced by the creation of the exclusive British Design Edition.

“The F-TYPE is a sports car that excites the senses, with a visual drama that is both individual and very British. Creating the British Design Edition gave us the opportunity to subtly enhance the way the F-TYPE looks – inside and out.”

Based on the F-TYPE S Coupé and Convertible, and featuring a range of visual enhancements and additional equipment, the British Design Edition is offered in a specially-selected colour palette inspired by the Union Jack: Caldera Red, Glacier White and – new to the F-TYPE range – Ultra Blue. Ultimate Black is also available.

Further enhancements to the F-TYPE’s award-winning design come from the Sport Design pack and discreet British Design Edition badges front and rear, with unique branding on the centre console, headrests and the stainless steel tread plates.

Behind the 20-inch Cyclone wheels with unique Satin Grey finish is an uprated braking system featuring red calipers (black is available as an option).

Complementing the range of exterior colours is a crafted premium Jet leather interior finished with contrast stitching in a choice of three colours. The driver-focused theme of the ‘one-plus-one’ cabin is heightened by carbon fibre trim around the centre console.

Winner of more than 140 awards since its launch in 2012, the all-aluminium Jaguar F-TYPE is not only the embodiment of Jaguar DNA – it is the definitive British sports car.

Befitting its status, the F-TYPE British Design Edition model is offered in Caldera Red, Glacier White and – new to the F-TYPE range – Ultra Blue. Customers also have the choice of Ultimate Black. 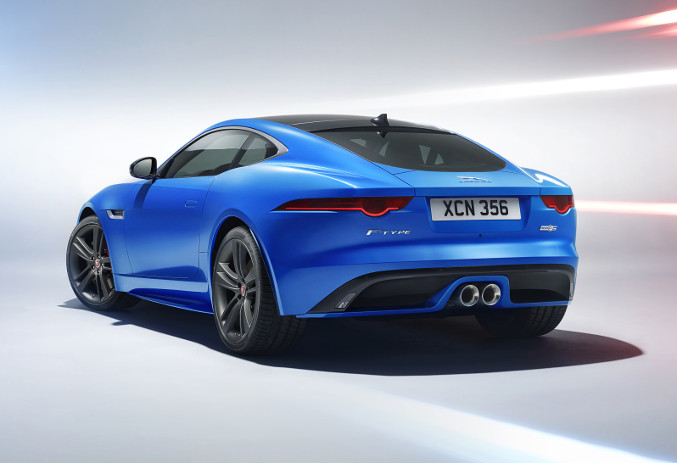 Enhancing the F-TYPE’s dramatic lines is the Sport Design Pack. Optional on the S model, this is standard equipment on the British Design Edition and comprises a gloss black front splitter, body-coloured side sill extensions and rear venturi – a fixed rear spoiler is also available for the Coupé.

And as well as larger wheels and tyres than the F-TYPE S, the British Design Edition also features uprated stopping power courtesy of the Jaguar Super Performance Brake system. The calipers are finished in red, with black available as an option.

Completing the exterior enhancements are new badges for the front grille and the tailgate. In place of the red and green of the S roundel, the British Design Edition features Union Jack detailing in subtle monochrome.

The F-TYPE’s interior is a special place to be. The combination of a driver-orientated ‘one-plus-one’ cockpit, superbly comfortable and supportive seats, and luxury materials and finishes make Jaguar’s sports car different.

Replacing the aluminium of the F-TYPE S, carbon fibre trim is used on the centre console – this is also complete with British Design Edition branding. The texture and satin finish of this material complements the premium Jet leather interior perfectly.

Thanks to repackaging of key components at the rear of the vehicle, all 2017 model year F-TYPE convertibles offer an additional eight litres of luggage space. 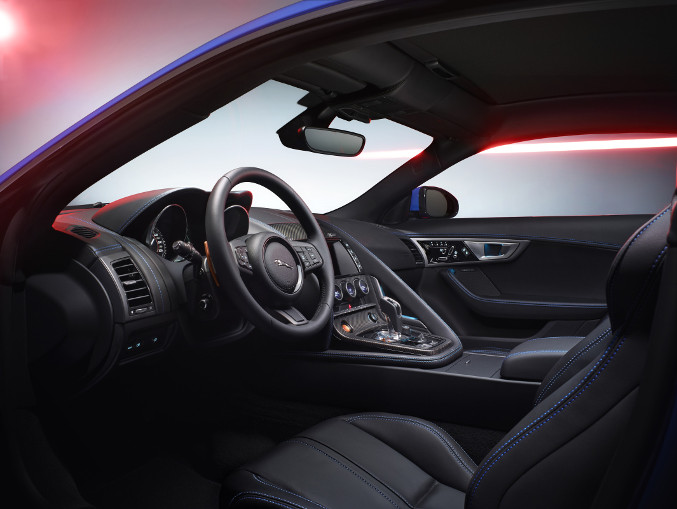 Technology that brings driver and F-TYPE even closer

Functionality is similar to the current InControl Remote smartphone app, so drivers will be able to use their Apple Watch to lock and unlock the vehicle, check how much fuel is in the tank and find it on a map. It’s even possible to set the climate control and start the engine to bring the cabin to the desired temperature before the journey begins. 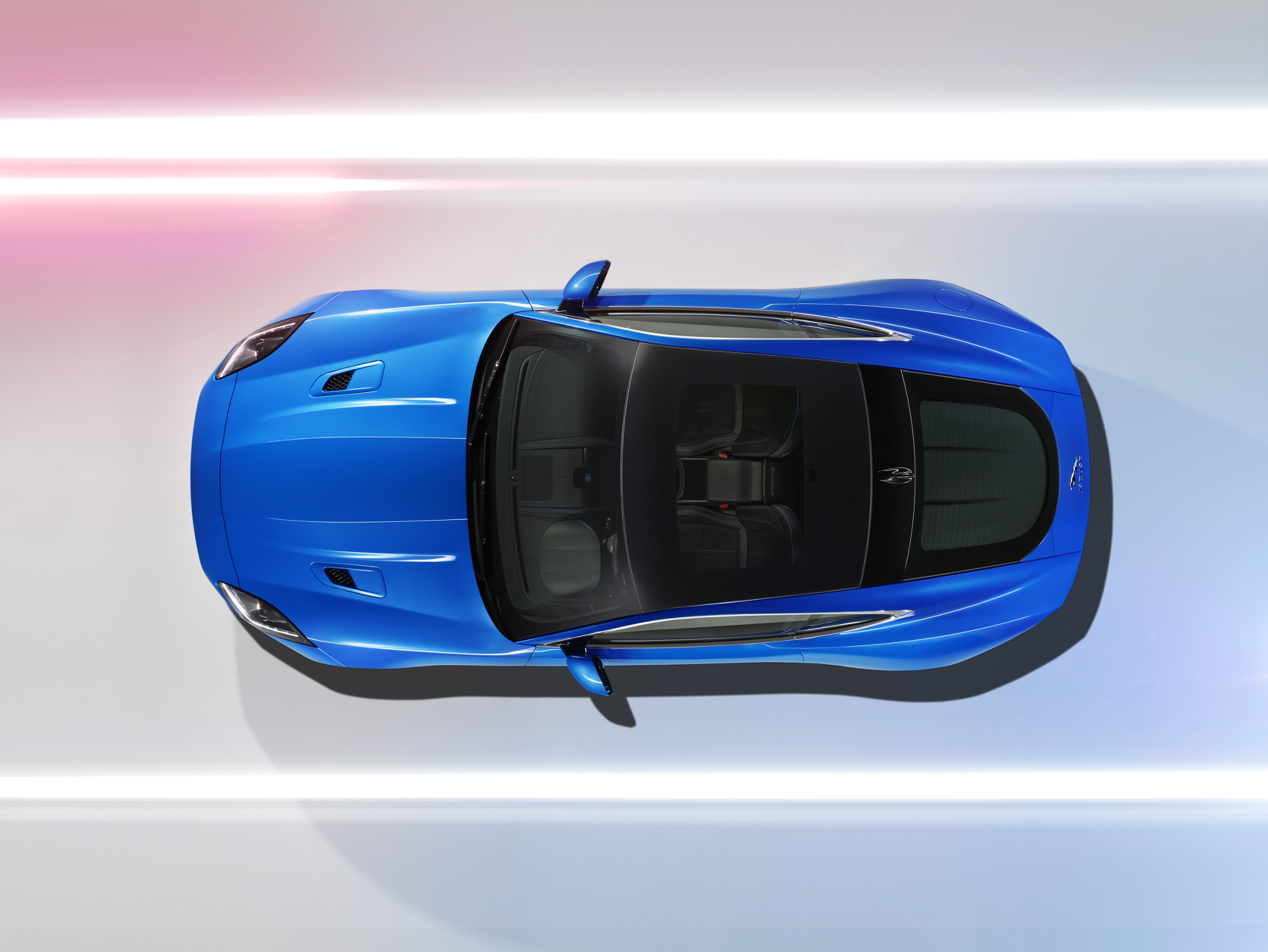