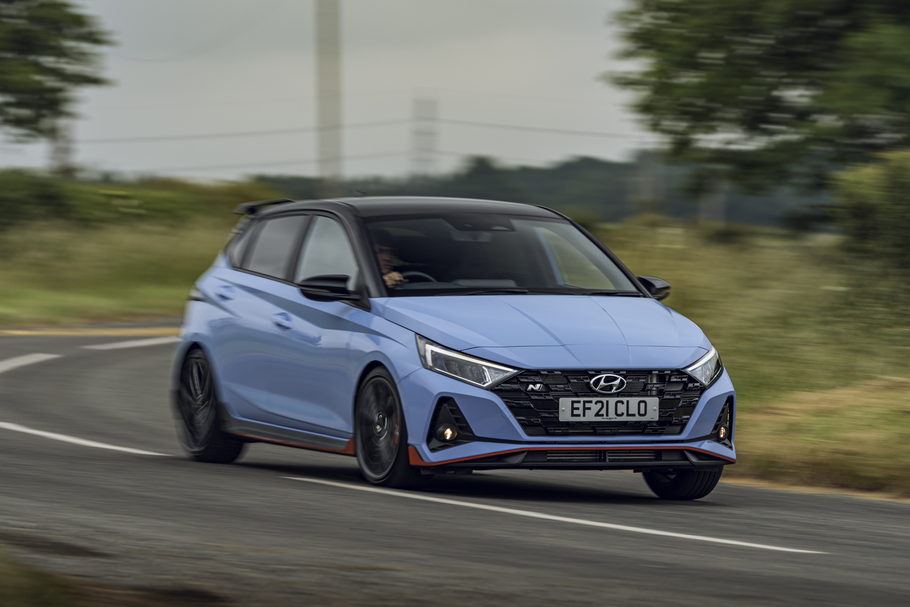 The Hyundai i20 N has reigned supreme at Top Gear’s Speed Week, defeating some of the most exciting performance cars in the world to be named overall winner for 2021.

Despite being the most affordable car in attendance, the i20 N triumphed from a group of 26 contenders during a series of thorough tests that took place over multiple days at Top Gear’s Dunsfold test track. The top five most fun cars to drive advanced to a shootout on the roads of Exmoor where the judging panel – comprised of Top Gear’s expert editorial team alongside Chris Harris and The STIG – crowned the i20 N the overall winner.

The competition was made up of models from some of the most evocative performance car brands in the world, spanning lightweight two-seater sports cars, 1,000hp hybrid hypercars, track-focused specials and fully electric sports coupés. The combination of i20 N’s thrilling handling and rounded abilities ultimately won the team over.

Jack Rix, Editor of Top Gear Magazine, said: “Every year we assemble the most ridiculous collection of fast cars launched in the past 12 months. We call it Speed Week to do justice to the sprawling, multi-day itinerary and logistical minefield of our own making. Speed Week is always full of surprises… what we weren’t expecting was the most affordable car here to mount a Raducanu-esque surge through the field for a thoroughly deserved victory. But there’s a keenness to the i20 N, backed up by huge ability and real dynamic polish that makes it something of a stand out, not just among its peers, but among the whole spectrum of Speed Week.”

The all new i20 N builds on the strengths of Hyundai’s renowned, performance focused N brand and the success of the recently launched all new i20. Hyundai’s latest sporting icon also takes inspiration and engineering values from the multiple-rally-winning i20 Coupe WRC car. It’s equally at home delivering its unique brand of exhilarating performance both on the road and racetrack.

Ashley Andrew, Managing Director, Hyundai Motor UK, said: “The i20 N was engineered to deliver a pure, uncompromising driving experience majoring on fun, while also ensuring it excels in everyday practicality and usability. The challenge was to create the ultimate affordable performance car. To see it not only lining up against genuine icons of the supercar world but even toppling all of them and coming out on top in one of the industry’s most comprehensive performance group tests is the ultimate seal of approval.”

The Hyundai i20 N is available to order now, delivering World Rally Championship-inspired styling and performance from just £24,995 On the Road (OTR).

Ahead of the London ULEZ expansion, PEUGEOT reveals that electrified vehicle owners are travelling further than petrol and diesel drivers