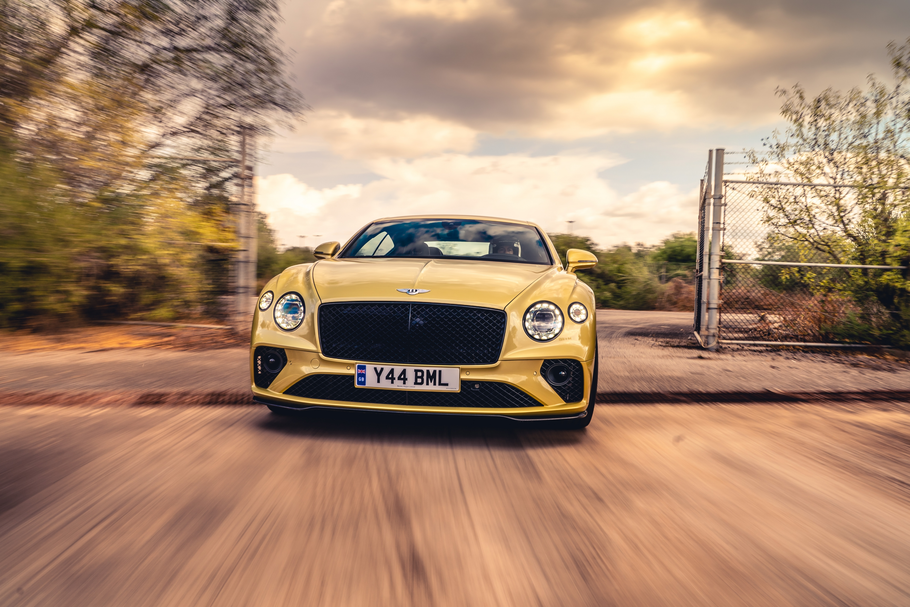 As customer deliveries of the new Continental GT Speed begin, Bentley Motors is today releasing a new film capturing and celebrating the incredible dynamic ability of the GT Speed. Called ‘Continental Drift’ and filmed at an abandoned air base on the Italian island of Sicily, the film shows the scope of performance of Bentley’s pinnacle GT, including incredibly precise drifting through dramatic locations.

The dynamic-focused chassis and rear-biased torque split of the GT Speed – which under most conditions will send the majority of the W12 engine’s 659 PS of power to the rear wheels – has made this new kind of film possible for Bentley. 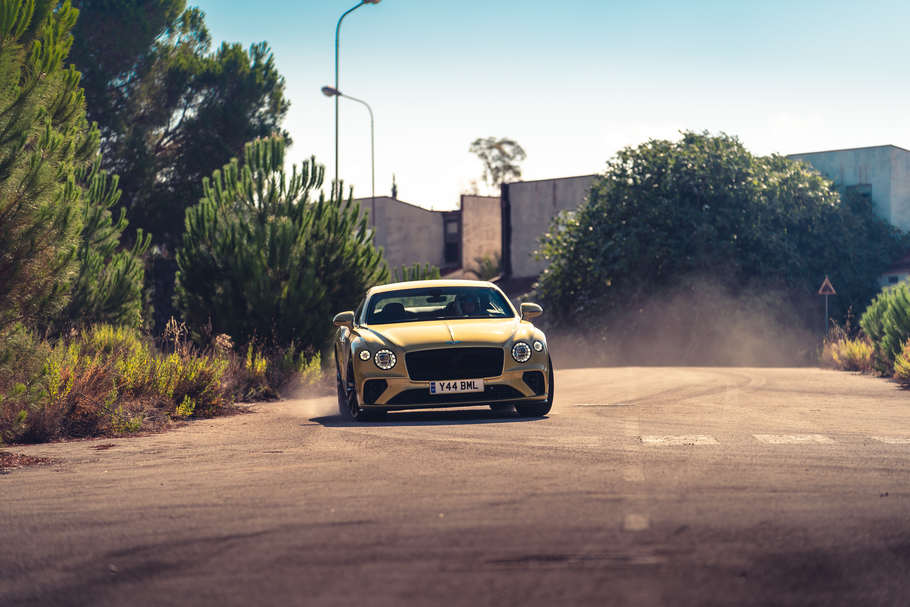 Improved cornering dynamics and the extra grip provided by a suite of new systems (including eLSD, all-wheel steering and new ESC) allow the car to tackle any corner with an increased level of precision and confidence. In turn, the car is able to extract the maximum performance from the available traction to deliver stunning acceleration and composure from the apex – either with perfectly balanced grip or in a deliberate, controllable slide. With the powertrain delivering 900 Nm of torque, the GT Speed is a Bentley that can be driven on the limit with incredible ease and confidence.

The film was shot over of the course of a day during the recent Global Media Drive for the GT Speed on Sicily. For this event, Bentley converted the abandoned NATO base previously known as Comiso Air Station into a gymkhana-style track. Originally built in 1936, Comiso was rebuilt in the 1980s as the home to 112 Ground Launched Cruise Missiles, each with a nuclear warhead, and was the largest NATO air base in southern Europe. Abandoned almost 30 years ago and having been slowly reclaimed by nature since, Comiso proved to be the ideal place to create a safe yet challenging environment to demonstrate the performance credentials of the GT Speed.

Mike Sayer, Bentley’s Head of Product Communications, comments:
“After the team discovered Comiso Air Station for the launch of the GT Speed, and we’d agreed to create a gymkhana-style course there, the next step was to design a film unlike anything we’d shot before. Sliding a metallic yellow Bentley around an abandoned air base is certainly an experience, and new territory for us, but the result shows just how dynamic the best Grand Tourer in the world has become.”

‘Continental Drift’ showcases the GT Speed’s talents as one of the fastest and most dynamic four-seat Grand Tourers in the world, and also reflects on the car’s heritage. The 1952 R-Type Continental seen at the start and end of the film is Bentley’s own car from its Heritage Collection, and in its day was the fastest four-seat car in the world. The elegant yet powerful design of the R-Type Continental was also the inspiration for the design of the Continental GT, with the same DNA describing the power line from the front wheel, the haunch over the rear wheels and the sloping roof line.

The Most Advanced Bentley Chassis Yet
The new Continental GT Speed Coupe and Convertible represents the very pinnacle of performance grand touring, and defines the most dynamic road-going Bentleys ever made, with no compromise to comfort or luxury. A combination of four chassis technologies give the Continental GT Speed a level of agility, performance and ride quality that has been stretched to new levels.
New electronic all-wheel steering enhances the dynamic nature of the Speed in each of the driving modes, utilising up to 4° of steering lock on the rear wheels. At low and medium speeds, the GT Speed’s rear wheels are steered in the opposite direction to the front wheels to aid a rapid change of direction, noticeably increasing the feeling of nimbleness. The steering feels sharper and with a quicker ratio, and a commensurate increase in steering feel provides even more driver confidence. At high speeds, the rear wheels steer in the same direction as the front, to improve stability.

For the first time in a Bentley, the latest generation of the Continental GT Speed introduces the use of an electronic limited slip differential (eLSD). Specifically tuned hand-in-hand with the traction control and active chassis systems, the eLSD provides increased lateral capacity, improved longitudinal stability, enhanced on-throttle adjustability and delivers better traction in adverse road conditions.

In all modes this provides improved traction, provides a greater level of confidence for the driver and makes the vehicle feel more stable at high speeds. In SPORT mode, the eLSD has been tuned to balance on- and off-throttle adjustability, improved turn-in response and increased straight-line performance. The combined benefit means the Continental GT Speed is now more adjustable and more driver-focused than ever before without compromising comfort or stability.

Torque distribution can vary across the powertrain according to the selected Drive Mode. In COMFORT and BENTLEY, the system can send up to 36 per cent of torque to the front axle to keep the car sure-footed and effortless. It will also counter oversteer by applying up to 400 Nm to the front wheels.

In SPORT mode, the system limits the available torque to the front axles to 28 per cent, to maintain a higher torque level at the rear axle and allow for a more dynamic feel. The system also responds very differently to oversteer, only sending approximately a 1/10th of the torque to counter as Bentley Mode, providing an increased performance feel.

New carbon ceramic brakes boast 440 mm diameter front discs combined with new ten-piston front calipers, making this not only the biggest brake ever fitted to a Bentley but also the largest car brake in the world, while being 35 kg lighter than an iron braking system. This latest generation of carbon-ceramic disc has been specially formulated to provide class-leading braking performance with copper-free brake friction material for reduced environmental impact. 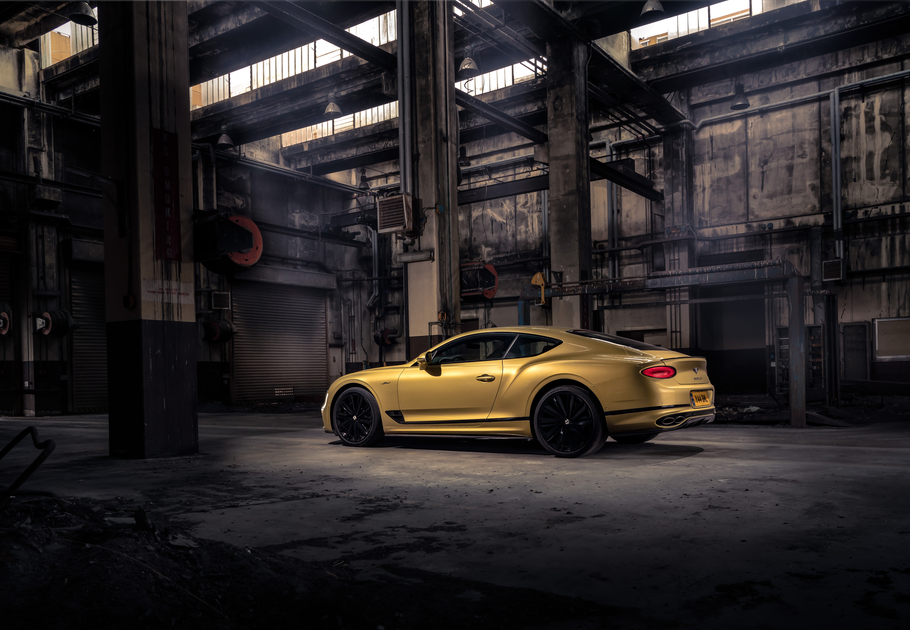 The new Electronic Stability Control (ESC) system provides an even greater level of freedom for the skilled driver. With the ESC system engaged, the car provides reassuring stability over uneven surfaces, abnormal cambers or in inclement weather conditions. When switched to Dynamic mode, the ESC system allows the experienced pilot to set and alter the cornering stance of the car on-throttle at their discretion.

With the ESC switched off, the mechanical grip and inherent balance of the GT Speed comes to the fore, allowing a driver-focused experience previously only seen in Bentley’s racing machines. After utilising strong turn-in performance thanks to the All-Wheel Steering and eLSD, on track the driver can choose to balance throttle and steering to deliver effortless, progressive yaw angles.

The BMW M135i xDrive: a compact four-cylinder sporting powerhouse with even sharper dynamics