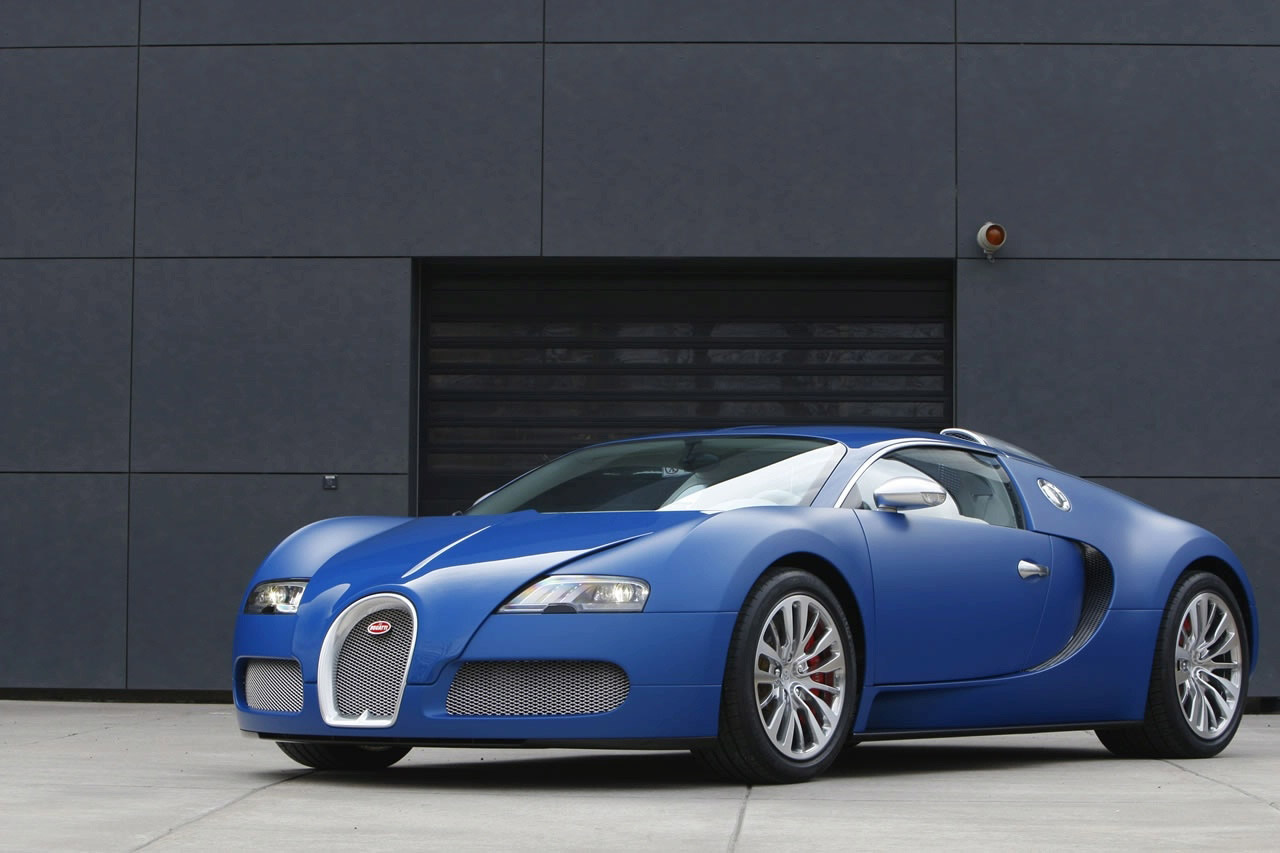 At Geneva the Bugatti Veyron Grand Sport is shown for the first time to a wider public in Europe. Next to the Grand Sport Bugatti Automobiles S.A.S. presents the Veyron Bleu Centenaire, a special commission honouring the 100th anniversary of the company, thus initiating a range of worldwide activities celebrating the creation of this mythic brand a hundred years ago.

In 1909 Ettore Bugatti started his business in the Alsacian town of Molsheim, France. The name of the company: ”Ettore Bugatti Automobiles i.Els.” And although the name has changed into “Bugatti

Automobiles S.A.S., the site and the philosophy of the brand have been preserved. In 2006 the first model under the „new management“ was launched, precisely 50 years after the last car of the original company left the gates of the Molsheim factory. The Bugatti Veyron has only been on the market for three years, but has already reached the status of being an undisputed part of automotive history, with 250 cars ordered to date, and nearly 200 cars delivered. This means that there are only 50 Veyrons to be sold until the limit of 300 units will be reached.

Building on the marque’s core values of « Art – Forme – Technique » , Bugatti Automobiles S.A.S. Has created the Bugatti Veyron Bleu Centenaire, a unique model to celebrate the hundred year old history of the company. This special model takes up the traditional Bugatti two-tone-specification, but portrays it in one rather than two colours: in the most known light shaded Bugatti blue. The Centenaire’s unique combination of a ”sprintblue matt” and ”sprintblue gloss” hence offers a new impression of the two-tone-scheme known so far with parts of the engine also covered in this traditional Bugatti Blue.

The roof-trim-stripes and the exterior rearview mirrors are of polished, anodised aluminium. A special wheel design has been added – enhanced by a bright red brake-capillar. The grills at the front and at the side air intakes are in mirror shine.

The interior of the Centenaire is fitted in a special «snowbeige» leather with quilting on the seats. The central console is covered in the same leather. New LED lights, Park Distance Control and a rearview camera have become part of the standard equipment for all Bugatti Veyrons from this year onwards. The Bleu Centenaire shares all performance characteristics of other Veyron models performance-, acceleration- and deceleration characteristics which have been highly praised ever since the Bugatti Veyron first appeared on the scene. The car will cost 1,35 Million Euro exclusive taxes and transportation.

The Bugatti Grand Sport is a unique roadster based on the Veyron Coupé and was launched at last year’s Pebble Beach Concours d’Elégance in California. This new model will go into production at the end of April 2009 and will be limited to a total of 150 units over lifetime. The first chassis numbers are reserved for existing Veyron Coupé customers, honoring their loyalty and offering them the chance to be at top of the waiting list. This measure has been highly appreciated.

Celebrations throughout the year

“2009 will be an exciting year for the brand,” announces the President of Bugatti Automobiles S.A.S., Dr. Franz-Josef Paefgen, at Geneva Autoshow, “we will be celebrating our hundredth anniversary with references to our successful past and a – hopefully – successful future”.

“Bugatti Automobiles S.A.S.”, will celebrate its hundredth anniversary on various occasions throughout the year, culminating in an event in Molsheim on September 12, 2009. The next highlight Bugattisti should look out for will be the Concorso d’Eleganza Villa d’Este at Cernobbio in the North of Italy between April 24 and 26.