Audi accelerates transformation with a strong 2021 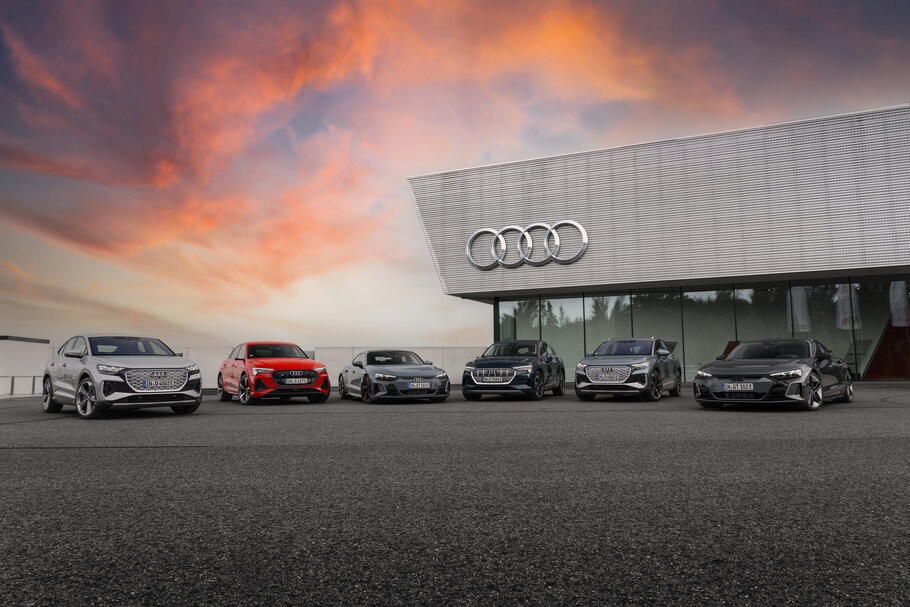 Audi finished 2021 leading the premium car segment as well as completing the year as the overall number two best-selling brand with 117,993 vehicle sales last year. That represented a 9.3 percent increase over 2020 despite the challenges of the global pandemic and semiconductor shortage.

A surge in demand for fully electric vehicles drove Audi performance during 2021, with the total number of electric vehicles sold amounting to 11,777 – representing 9.98 percent of sales. Globally, the Audi brand sold a total of 81,894 EVs – an increase of 57.5 percent year-on-year.

“Despite significant headwinds, the performance by Audi UK in 2021 was remarkable, securing a record-breaking market share of 7.2% which cemented us as the number one premium brand,” said Andrew Doyle, Director of Audi UK. “Our growing portfolio of fully electric e-tron models helped to accelerate that result and the continued appetite we are seeing in 2022 for our fully electic models, especially the Q4 e-tron and Q4 Sportback e-tron, will ensure our share of the EV market continues to grow.”

By 2025, Audi plans to have more than 20 fully electric models in its portfolio. Starting in 2026, the brand will exclusively bring new fully electric models to the market. The company’s clear commitment to electric mobility is also apparent in its capital expenditure planning: based on plans approved at the end of 2021, Audi will spend about €18 billion on electrification and hybridization between 2022 and 2026. With total investments of around €37 billion, that means that almost half will go toward these two forward-looking fields.

Audi set a strong example with the presentation of the Audi e-tron GT and the Audi RS e-tron GT at the start of 2021. In particular, the Audi Q4 e-tron and the Audi Q4 Sportback e-tron also play a central role in the electrification strategy of the company with the four rings. With these four new models, Audi has more than doubled its product portfolio of fully electric models in the past year.

In the UK, the e-tron and e-tron Sportback continued to be the best performing electric vehicles. Combined they accounted for 7,405 of Audi UK’s total sales for 2021, outselling the entire Q7 model line-up by almost two to one.

Strong performance throughout Europe
In Europe, Audi AG approximated the previous year’s level with 617,048 delivered vehicles (-0.4 percent). The Audi A3 (+3.6 percent), Audi Q3 (+5.6 percent), Audi Q5 (+18.6 percent), and Audi Q8 (+1.8 percent) recorded growing demand. The company achieved significant growth in France (+10.2 percent), Italy (+9.9 percent), and the UK(+9.4 percent), among others. It set new records in Denmark and Norway, partly because of the electric models that were particularly popular there.

Overall, 31 European markets were higher than the previous year. In Germany, the brand with the four rings shipped 180,883 vehicles to customers (-15.6 percent). Along with the semiconductor shortage, the effects of the reduction in the value-added tax in the second half of 2020 were also noticeable here. The Audi e-tron continued to show particularly positive growth in the company’s domestic market with an increase of 10.3 percent.

A record-breaking 2021 for Automobili Lamborghini