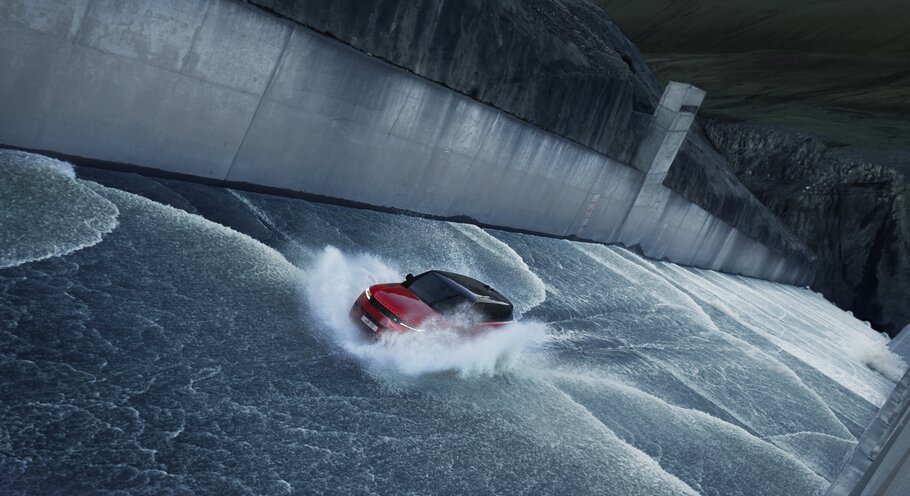 ‘Spillway’ is a dramatic film that charts the new Range Rover Sport’s high-intensity ascent of a 193m dam spillway in Iceland against a torrent of water flowing at 750 tonnes per minute. The creative direction of the film was developed to echo the Luxury SUV’s emotive design, dynamic aesthetic and powerful, muscular proportions.

This powerful content demanded an innovative campaign partner to bring it to the world innovatively and with impact. Sky Media accepted the challenge and created a bespoke ecosystem for the media partnership, starting with a multichannel simulcast, the first of its kind for a brand film premiere with a UK broadcaster.

The film will simulcast across Sky Sports Main Event and Sky Sports Premier League channels tomorrow ahead of the hugely anticipated Spurs v Arsenal game. In addition, a high-impact 30” TVC using Sky Media’s “shoppable” QR capability will promote Spillway during the half-time break, followed by another opportunity to see it immediately after Sky’s football show.

Anthony Bradbury, Marketing Director, Jaguar Land Rover UK said: ‘’The launch of a new model, like the iconic Range Rover Sport is a pivotal moment for Land Rover, so we took this opportunity to take stock and look at its launch campaign with a fresh perspective. We wanted to create a moment that was as powerful and inventive as the new car, one that talks directly to our discerning customers. The brief we set our potential partners was intentionally wide as to not stifle creativity, so it was clear and exciting when Sky Media’s pitch came in and their ambition to set a new benchmark was in perfect synchroneity with ours.’’

Steve Smith, Executive Director Content, Sky Sports commented: “It’s been fantastic to collaborate with Jaguar Land Rover to bring this epic stunt to Sky Sports customers. W Series driver Jess Hawkins stars in the challenge which will be showcased alongside our coverage of the north London derby on Thursday night.”

‘Spillway’ will be amplified by a tailored media strategy using a wide range of Sky Media’s market-leading capabilities and platforms. 30” and 10” TVCs will be used across linear TV, VoD, social and digital; while a 6” TVC for Sky Go and Short-form VoD will continue to promote the film across Sky platforms throughout May. A voice-activated traffic driver will be used for Sky Glass and Sky Q customers, and interactive QR code TVCs will be used for all other Sky customers; both will harness Sky Media’s AdSmart targeting capabilities to reach the core Range Rover Sport audience through the Experian Autos group.