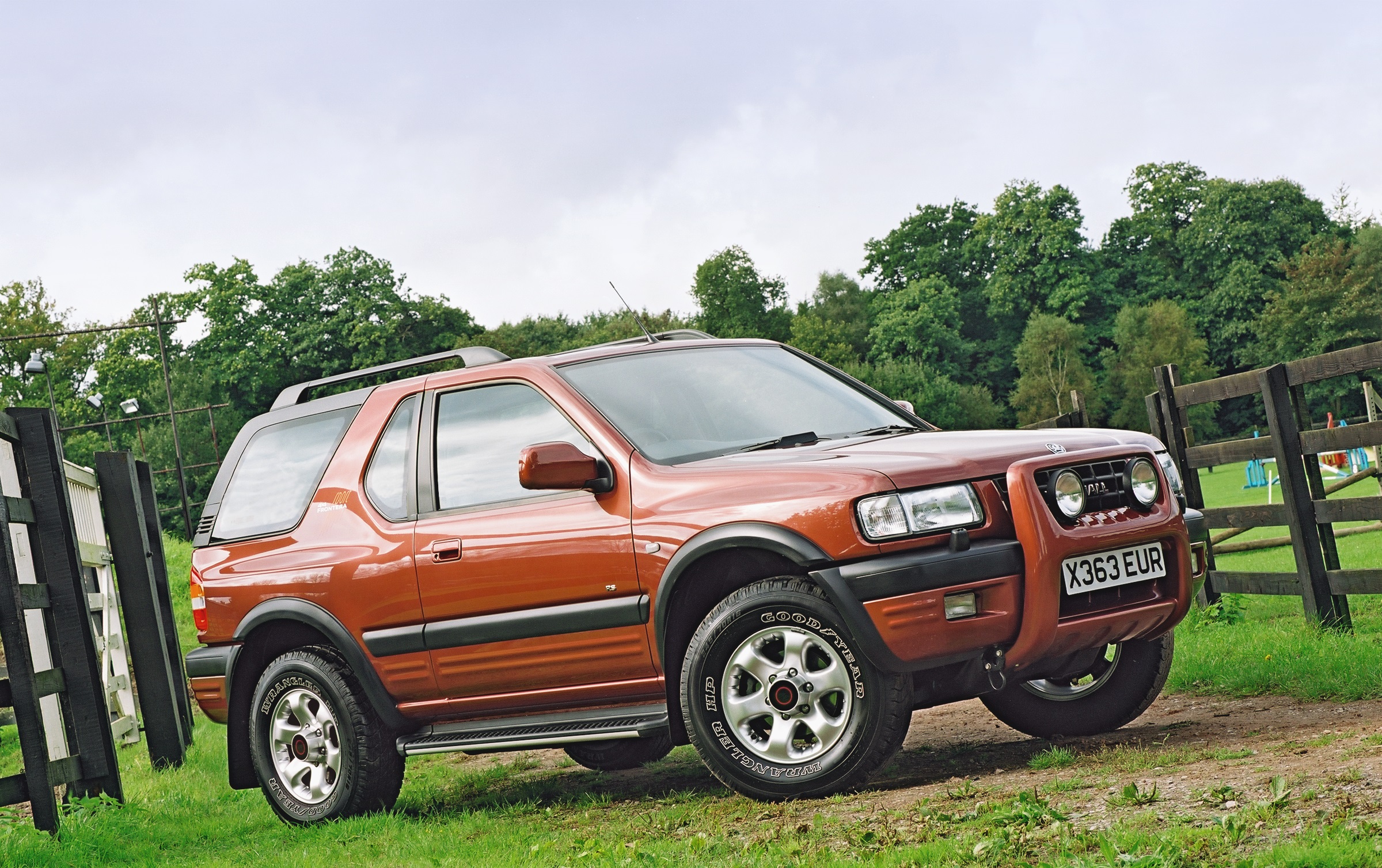 Thirty years ago, Vauxhall introduced the Frontera to the world at the 1991 Geneva Motor Show, a precursor to its modern SUV range today, and a trend setter at the time.

The Frontera quickly became a transnational sales success – a fitting achievement to its name, which translates from Spanish to mean ‘border’. The Frontera introduced new driving dynamics to the off-road sector, making it friendlier and more capable under normal driving conditions, without sacrificing any off-road prowess.

Built in Luton
The Frontera was built to suit the highly competitive European market, with dynamic looks, comfort and handling the key priorities.

Production of the Frontera started in 1991 in Luton, home to the current award-winning Vauxhall Vivaro van range, and like the current Vivaro range, the Frontera quickly became a success. It was voted off-roader of the year in Germany in 1991 and 1992, and by 1993 had become the best-selling off-roader in Europe, with more than 320,000 units sold.

Both petrol engines featured a three-way catalytic converter as standard. The transmission consisted of a five-speed manual gearbox and a transfer case, allowing the driver to switch between rear-wheel drive and all-wheel drive with high and low 4×4 drive modes. A limited-slip rear differential was optionally available.

The Frontera featured a separate ladder frame chassis that also carried the suspension and powertrain. The body was attached to the frame via special rubber mounts – 10 for the two-door and 12 for the five-door – which provided optimum insulation from noise and vibrations. The six crossmembers of the ladder frame ensured maximum torsional rigidity for off-road driving. The powertrain was located on additional mounts so that it could be easily removed for servicing or repairs.

The handling and stability on the new Frontera were improved through the use of a five-link rear axle and a longer wheelbase on the five-door variants, while quieter engines and new door seals helped reduce cabin noise by 50%.

The second-generation Frontera also improved occupant safety. In addition to side impact protection, full-size airbags and seatbelt tensioners for the driver and front passenger were now available.

Over its 13-year production run, the Frontera became known as a tough and durable vehicle. Combining traditional off-road looks and capability, with improved driving dynamics and comfort on the road, the Frontera was an important precursor to the modern SUV vehicles today.