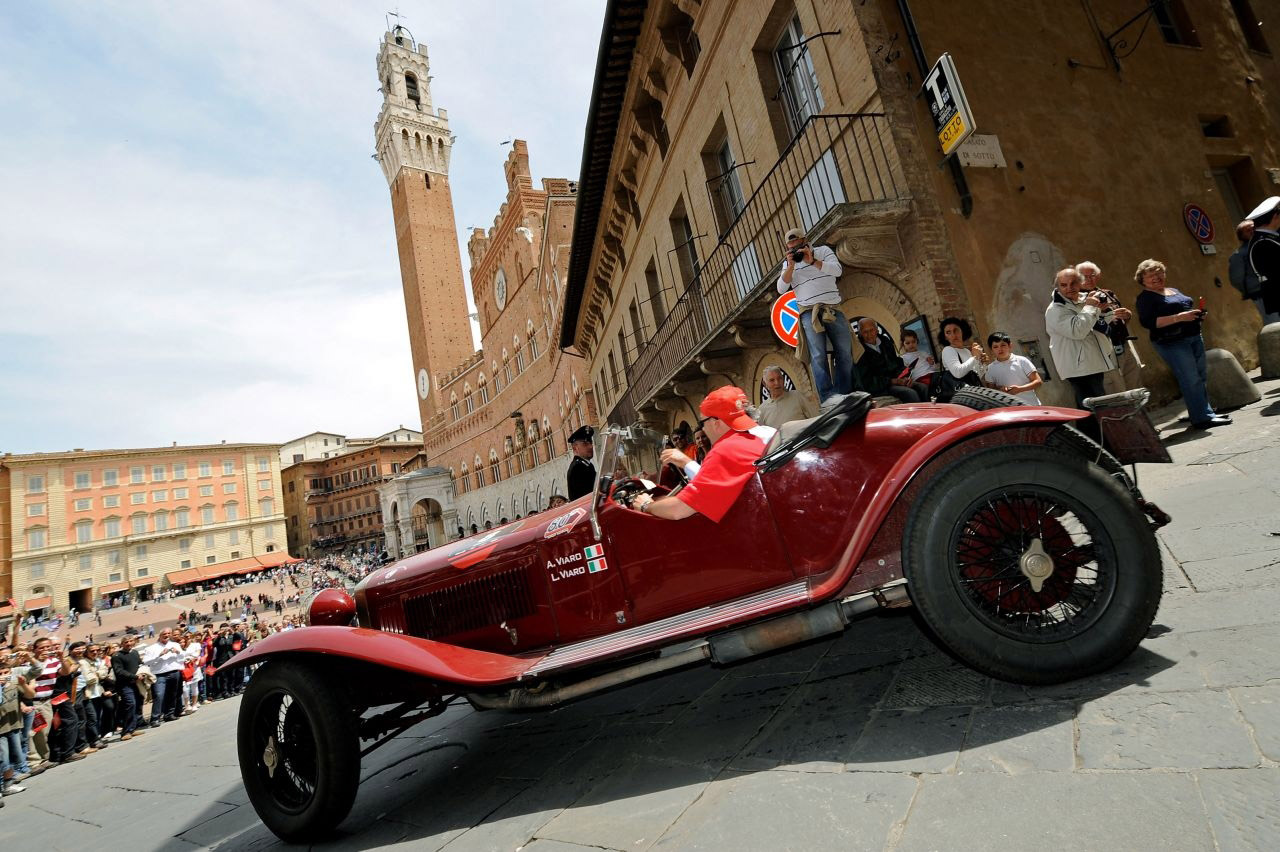 Alfa Romeo was the indisputable star of the Mille Miglia 2008 historical re-enactment: after its win in 2007, this year a Alfa Romeo 6C 1500 Super Sport dating from 1928 – driven by Luciano and Antonio Viaro – again won the marathon reserved for historical cars, with an Alfa 6C 1750 Gran Sport driven by the Argentine team of Fernando Sanchez Zinni and Juan Bartolomè close behind at the finish post. Forty-six of the treasured cars in the race were Alfa Romeos, making it the most popular brand in this restaging. Altogether, no fewer than 375 cars lined up for the starter’s flag in the ‘finest race in the world’ as Enzo Ferrari famously described it. Not to mention the fact that this year, Alfa Romeo joined the other Fiat Group Automobiles brands as Joint Presenting Sponsor to this prestigious event.

The Alfa Romeo 6C 1500 Super Sport is a model that shares a particular empathy with the 1000 Miglia race: in 1928 and in 1929 it won the speed race with Giuseppe Campari, at the wheel, repeating its success in the re-enactment in 2007 and 2008 with Luciano Viaro at the wheel. The same car and the same route, although in the 1920s, the roads were decidedly worse, with most of the race over unsurfaced roads. The re-staging also maintained many of the same hurdles, beginning with the 1600 km covered from Thursday 15 to Saturday 17 May, from Brescia to Brescia, passing through Rome.

The race followed the regularity formula for historical cars, a discipline that requires nerves of steel and a car that responds promptly to the driver’s controls. This was the case this year with the good-looking Alfa Romeo 6C 1500 Super Sport, from the Alfa Romeo Historical Museum in Arese, which proved itself to be fast and reliable at all times. Attributes that Luciano Viaro, together with his son Antonio, was able to exploit to the full by coming in ahead of the Argentinean team Sanchez Zinni and Bartolomè, driving an Alfa Romeo 6C 1750 Gran Sport from 1930, the year when the 1000 Miglia was won in an identical car driven by Tazio Nuvolari, thus inspiring the legend of Nuvolari and his “Alfa Rossa”.

This legend was also supported by results, with Alfa cars winning 11 of the 30 editions of the 1000 Miglia race contended between 1927 and 1957, often driving off with magnificent triple crowns, such as that of 1930 with Nuvolari first Achille Varzi second and Giuseppe Campari third. In 1932, Mario Borzacchini won with an Alfa 8C 2300 Spider Touring, while in 1933, Nuvolari won again ahead of two of his team mates. The next year, Alfa Romeo won another triple crown with Varzi, Nuvolari and Louis Chiron The Alfa 8C cars were also unbeatable in 1935 (Pintacuda won first place), in 1936 (Brivio), 1937 (Pintacuda) and in 1938 (Biondetti). In1947, the 8C 2900 B won again, with Biondetti at the wheel again together with Romano. This tradition of success has extended to the present day thanks to the cars preserved by the Alfa Romeo Historical Centre of Arese and raced in the main historical car events.