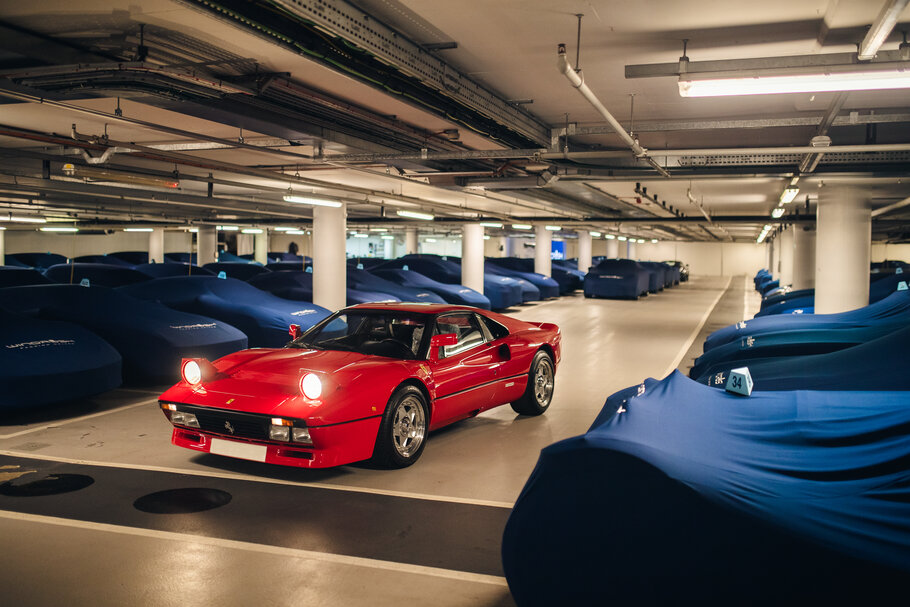 Established in 2004 by Tim Earnshaw, Windrush operates two storage centres: a secure, secretive storage facility situated underneath the streets of Central London and an expansive Headquarters hidden from view within beautiful Cotswolds countryside. Both are renowned for offering unrivalled care and attention to fastidious owners of all types of vehicles.

Windrush has been at the forefront of car storage for 17 years and is famous for going over and above owner expectations. Undertaking a rigorous, and much admired, list of processes which take place when a car arrives, during storage and prior to departure they over-deliver in all aspects of client and vehicle care.

Ever keen to stay one step ahead of any potential issues that may arise during storage, Windrush has spent many months investigating the issues surrounding fuel degradation over prolonged periods. A common problem many will have experienced, resulting in misfiring when a car is restarted after a period of rest, often caused due to clogged fuel systems or by deteriorated fuel.

Modern petrol is hygroscopic due to the mandatory inclusion of ethanol in all unleaded and most super unleaded fuels. The downside of this becomes apparent when a fuel system is not designed to cope with ethanol, which includes most cars built before 2002, as ethanol corrodes fuel lines and can cause internal damage. In addition to corroding aluminium, copper and brass, ethanol also attacks plastics and rubber and absorbs water. The change to pump fuel due in September will move all regular 95RON fuels to 10% ethanol. These will be marked as E10 on the pumps to denote this. The higher-octane pump fuel grades can remain at their current ethanol content of between 5 – 7% where they will be marked as E5.

Even before the addition of ethanol, storing fuel has always been an issue. In 2010 BP produced a report entitled ‘Petrol life in vehicle fuel tanks’ which said “Petrol is a mixture of many components with different properties that contribute to the performance of the fuel. When petrol is exposed to the air it will in time completely evaporate. As it evaporates the composition and properties will change because different components evaporate at different rates.

This is a normal feature of petrol, and the same process takes place in fuel tanks. Where petrol is kept for more than a week it can become stale and it is better to add fresh fuel before using, especially in classic, veteran vintage and racing cars.”

While permanent damage is rare, Windrush is built on an ethos of providing first class vehicle preservation during storage and now offers the option of using Storage Plus Fuel for complete peace of mind. Designed by the Anglo-American Oil Company to be stable for at least three years, this special storage fuel does not contain ethanol and will not absorb water. It also burns extremely cleanly and has a distillation curve that is similar to the premium, undiluted fuels offered in the 1970s. Manchester University included Storage Plus Fuel in a test and concluded it was far superior to any modern fuel in all aspects apart from the price, but for Windrush clients only the best is good enough.

Specifically formulated to be kinder on gaskets, O-rings and other fuel system components compared to regular unleaded petrol, Storage Plus fuel contains detergent additives for engine cleanliness and antioxidants and corrosion inhibitors to extend storage life. As an added benefit, its 99 RON and 92MON provides excellent protection from detonation.

Tim Earnshaw, Founder and Managing Director of Windrush, said ‘At Windrush we always listen to our clients and stay abreast of automotive issues. Of late, some clients have expressed concern over ethanol in fuel and others have experienced issues with misfiring and non-starting with vehicles stored at their own home. I always believe in solving problems before they arise, and spent months investigating the problems caused by ethanol and found a specialist storage fuel to be the answer. Now our clients can specify storage fuel as part of their vehicle management program whilst their vehicle is in our care. At Windrush only the best will do, and this is the latest client upgrade offered as part of our continuous evolution in customer service.”

Shaun Williams, Sales Manager Anglo American Oil Company Limited said “Modern pump fuels are designed for modern cars. They can cope with the increasing levels of ethanol because their fuel systems use modern plastics and stainless-steel components that are not affected by the corrosive nature of ethanol. Classic cars use totally different materials in their fuel systems which can really suffer from the damaging effects of ethanol, particularly if the fuel is left to sit through extended periods of inactivity. R Storage Plus is completely ethanol free and blended from specific components to make sure it won’t damage fuel system components and will not go off even when left in a vented fuel tank.”

Since launch, Windrush has continually improved and enhanced their service levels earning coveted ISO9001 certification in the process. ISO status is awarded on a number of quality management principles including strong customer focus, motivation and implication of top management, a process-driven approach and continual business improvement.

Storage Plus Fuel is available immediately at Windrush London and Windrush Cotswolds.