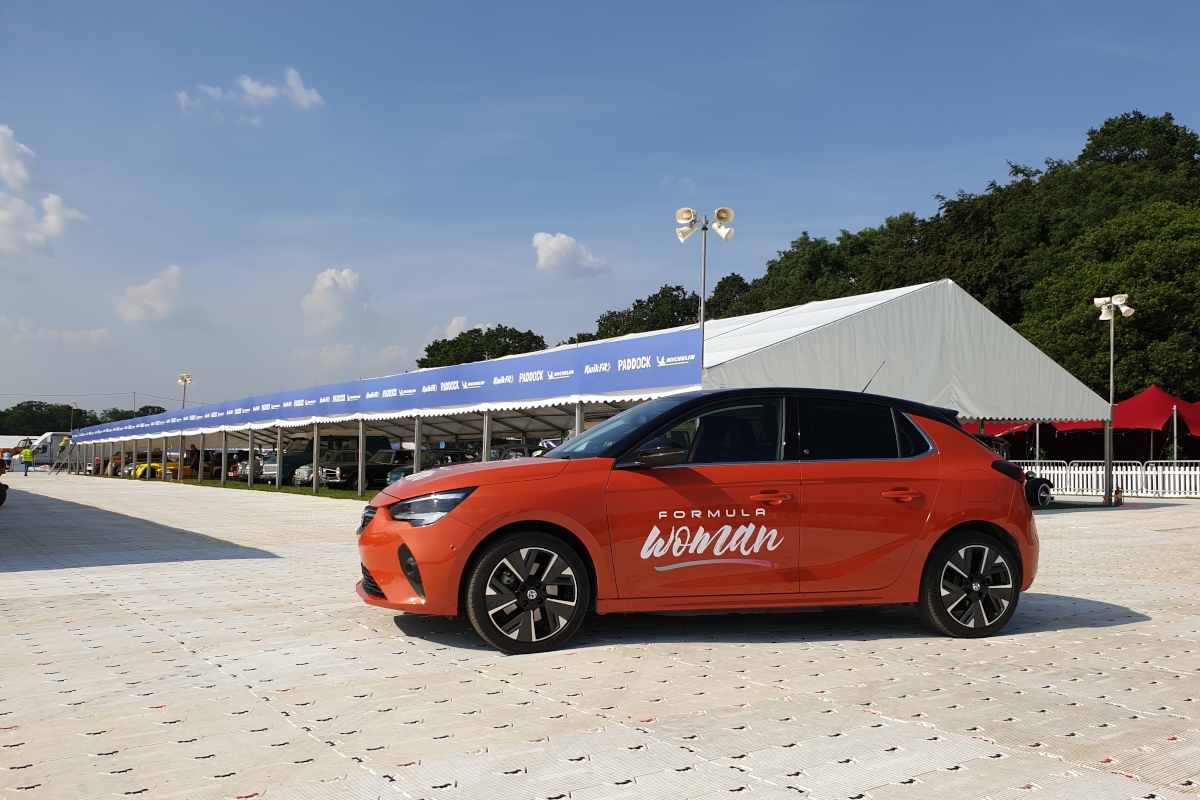 Vauxhall is delighted to announce its support for Formula Women with its award-winning, all-electric Corsa-e.

Launched to find the next female racing driver, Formula Woman will be carrying out on track assessments where the Vauxhall Corsa-e will be taking centre stage, giving the applicants the chance to experience the power of electric in a standard road car, before progressing onto more powerful machinery.

The Vauxhall Corsa-e was chosen as the ideal car for training Formula Woman applicants due to its size, ability and green credentials.

The zero-emissions-in-use Corsa-e features a 50kWh battery connected to a 100kW (136PS) electric motor, and is capable of up to 209 miles from a single charge under WLTP testing. Supporting up to 100kW rapid charging, an 80% charge takes just 30 minutes, making it ideal for multiple test drives per day and, of course, for on-track training.

James Taylor, Sales & Marketing Director, Vauxhall, commented: “We’re excited to be able to support such a fantastic initiative with our all-electric version of Britain’s best-selling car.  The Corsa-e has been critically acclaimed for its environmental performance, low running costs and ease of use experience and we’re confident that the Formula Woman applicants will also find it surprisingly adept on circuit too.”

Graeme Glew, Founder of Formula Women, said: “This is another leap forwards for Formula Woman, to have Vauxhall and the new Corsa-e for our driver assessments makes a lot of sense. The hundreds of competitors who have entered the Formula Woman Competition will now have the chance to have professional instruction and introduction to track activities in a Corsa-e which is sure to create a pleasant surprise in terms of handling and performance.”

The Formula Woman assessments will be carried out at various circuits around the UK including Anglesey, Knockhill and Bedford Autodrome from September to November this year.

Formula Woman has attracted significant interest from around the world including applications from India, Canada, America and even down under in Australia.

The Vauxhall Corsa-e will be seen in action this weekend at CarFest North, Bolesworth Castle and again at CarFest South at Laverstoke Park 27th to 29th August, where applicants will also be in attendance.

Drive into summer with official Mazda Accessories for practicality and personalisation