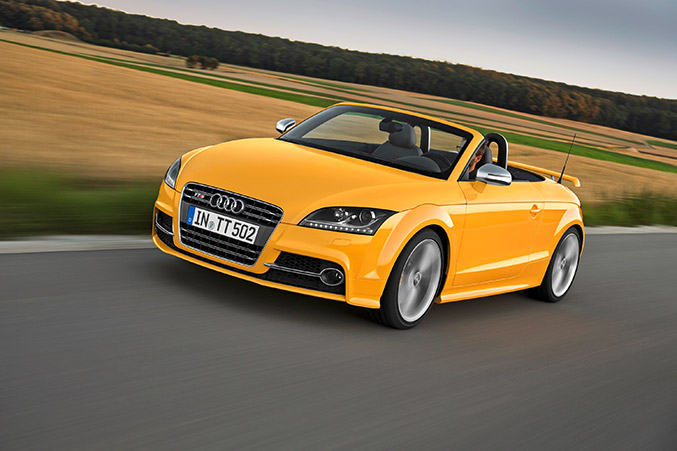 Half a million Audi TT cars have been built. Audi is celebrating this production milestone for its compact sports car with an exclusive special edition model. Coupé and Roadster versions of the 200 kW (272 hp) Audi TTS competition will begin rolling off the assembly line in October. Total production is limited to 500 units.

The Audi TT has long been a design icon, and Audi is setting new accents with the TTS competition. It is available exclusively in the special paint finishes Imola yellow or Nimbus gray, and its exterior calling card is a fixed rear wing with bars in a matt aluminum-look finish. The Roadster’s top is available in either Black or Gray. The 19-inch wheels feature a five-arm “Rotor” design and are shod with beefy 225/35 tires.

The Impulse leather package in steel gray dominates the interior of the TTS competition and uses characteristic leather bands as decorative elements. Their cut edges are dyed Imola yellow, and this same shade of yellow is used for the contrasting stitching. Aluminum badges on the door trims embossed with “1 of 500” further accentuate the exclusivity of the special edition model.

A leather multifunction steering wheel with a more strongly contoured rim and the rear parking system round out the equipment. All other features – from xenon plus headlights and Audi magnetic ride damper control system to aluminum inlays – correspond to the already comprehensive list of standard equipment in the TTS. The TTS competition is also very attractive financially. The extra charge for the competition package is just 1,900 euros.

The production of the 500,000th Audi TT documents the success of the compact sports car. The TT achieved design icon status with the very first generation, which debuted as a Coupé in 1998 and as a Roadster the year after. Its consistently implemented clarity of form and the loving attention to detail continues to captivate both the media and customers alike. 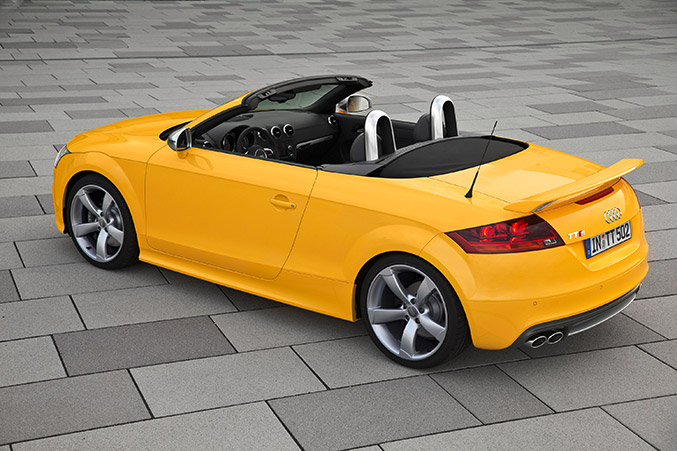 As a Coupé, the compact sports car impressed with its 2+2 seating concept and variable luggage compartment; as a Roadster with its puristic, lightweight cloth top. It set standards with its technology: with the potent downsizing turbocharged engines, quattro all-wheel drive for the high-end models and with the six-speed S tronic, which debuted in the model series in 2003.

The second generation, which followed in 2006/2007, marked the first time that Audi succeeded in reversing the weight spiral. The ASF (Audi Space Frame) body, which is made predominately of aluminum, made the new version as much as 90 kilograms (198.42 lb) lighter than the previous model. The low weight enables strong performance with very low fuel consumption. Another Audi innovation was the TT 2.0 TDI quattro: the world’s first premium-segment sports car with a powerful diesel engine and all-wheel drive.