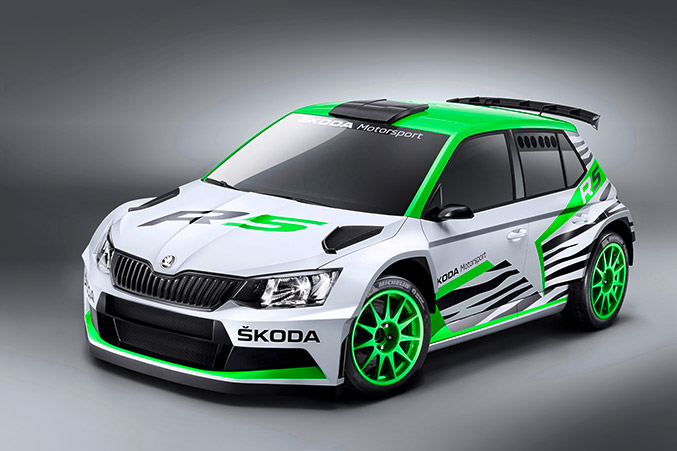 Czech automobile manufacturer ŠKODA will treat visitors to this year’s Essen Motor Show with a presence packed with emotion. The highlight is an opportunity to see the concept version of the new rally car, the ŠKODA Fabia R 5, for the first time. The new ŠKODA Fabia Combi, will be making its first public appearance in Germany. ŠKODA will also be exhibiting the Octavia RS, the fastest production Octavia ever. As if that were not enough, visitors can also marvel at the sporty Monte Carlo special editions of the ŠKODA Rapid Spaceback, ŠKODA Yeti and ŠKODA Citigo, as well as the meaty show cars – the ŠKODA Yeti Xtreme, ŠKODA CitiJet and ŠKODA Rapid Spaceback Red & Grey Collection.

​The Essen Motor Show is the largest trade fair for tuning, motorsport and sporty production vehicles in Germany. It takes place from 29 November to 7 December 2014.

“ŠKODA plans to continue growing over the coming years with new models, focusing both on functional aspects and emotion,” says Dr. Frank Welsch, ŠKODA Board Member for Technical Development. “Our vehicles in Essen underpin this claim. One particular highlight is the ŠKODA Fabia R 5 Concept Car, which gives a first insight into our new rally car. The concept is based on the new ŠKODA Fabia, which demonstrates more emotion than ever before, in both the hatchback and estate versions,” said Welsch.

“The world premiere of the Fabia R 5 Concept Car gives an insight into the future of rallying at ŠKODA,” said ŠKODA Motorsport Director Michal Hrabánek. “The Fabia R 5 is scheduled to be homologated by mid-2015.” The new Fabia R 5 features a lot of high-tech. In keeping with FIA regulations, the new racing car is powered by a 1.6-litre turbo engine. The new car also features a sequential, five-speed gearbox and McPherson struts. The weight will, in accordance with the regulations, be at least 1230 kilograms. A number of top ŠKODA drivers were also involved in the development of the new Fabia R 5.

Customer racing teams have already shown huge interest in the new ŠKODA Fabia R 5. No wonder: after all, its predecessor, the ŠKODA Fabia Super 2000, has all but guaranteed its teams and drivers titles. The 2014 rally season, which has just drawn to an end, saw ŠKODA and the Fabia Super 2000 achieve a hat-trick of titles* in the FIA Asia-Pacific Rally Championship (APRC). On top of this, ŠKODA also won the Drivers’ title in the FIA European Rally Championship and a further five national championships. These and the huge amount of success already achieved in previous years make the ŠKODA Fabia Super 2000 project, which was launched in 2009, the most successful project in the company’s motorsport history, which now spans 113 years. 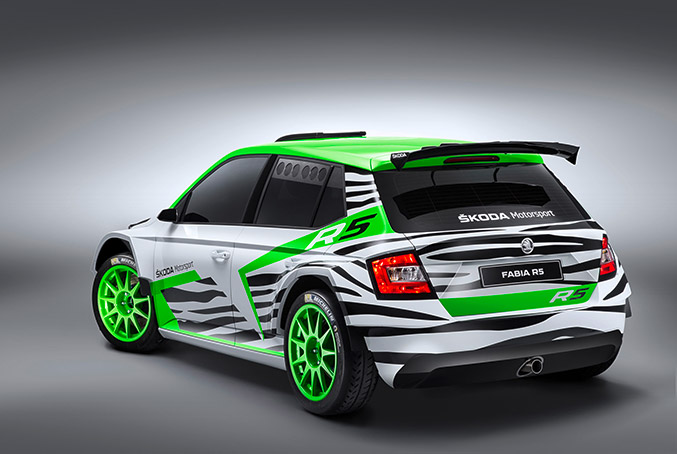 The new ŠKODA Fabia is also set to catch the eye in Essen. Launched for the first time in Paris just two months ago, the compact car is making its first appearance in Germany in the combi version. “The new Fabia is simply more car in every regard, featuring expressive design, innovative technology and high functionality,” said Dr. Welsch.

As the brand’s first ever production model, the compact car, which was developed from scratch, shows the evolution of the ŠKODA design into a distinctive, punchy design. The far more angular appearance of the hatchback and combi features crystalline forms, sharp lines and balanced, tight proportions. At the same time, the new model also impresses with innovative safety, comfort and infotainment systems, making it more environmentally-friendly than ever before. It also boasts the generous space that is so typical of ŠKODA vehicles – including the largest boot in the compact car class – and high functionality, with up to 19 practical, ‘simply clever’ solutions.

Other sporty ŠKODA models on display in Essen underline the brand’s sporty credentials. With a top speed of 248 km/h, the ŠKODA Octavia RS is the fastest production Octavia of all time. The new Monte Carlo special editions of the Citigo, Yeti and Rapid Spaceback ŠKODA models also boast sporty, individual design and comprehensive standard equipment at excellent value for money.

A dynamic city convertible based on the ŠKODA Citigo, the ŠKODA CitiJet features a striking metallic paintwork in blue/white and racy, blue 16-inch alloy wheels, hand-made rear spoiler and a powerful exhaust with two tailpipes. The interior is based on the interior of the ŠKODA Citigo SPORT special edition. Also on board: a special 300-watt sound system and blue LED interior lighting that reacts to the music. Finally, the ŠKODA Rapid Spaceback Red & Grey is a sporty edition of the manufacturer’s first compact hatchback model. 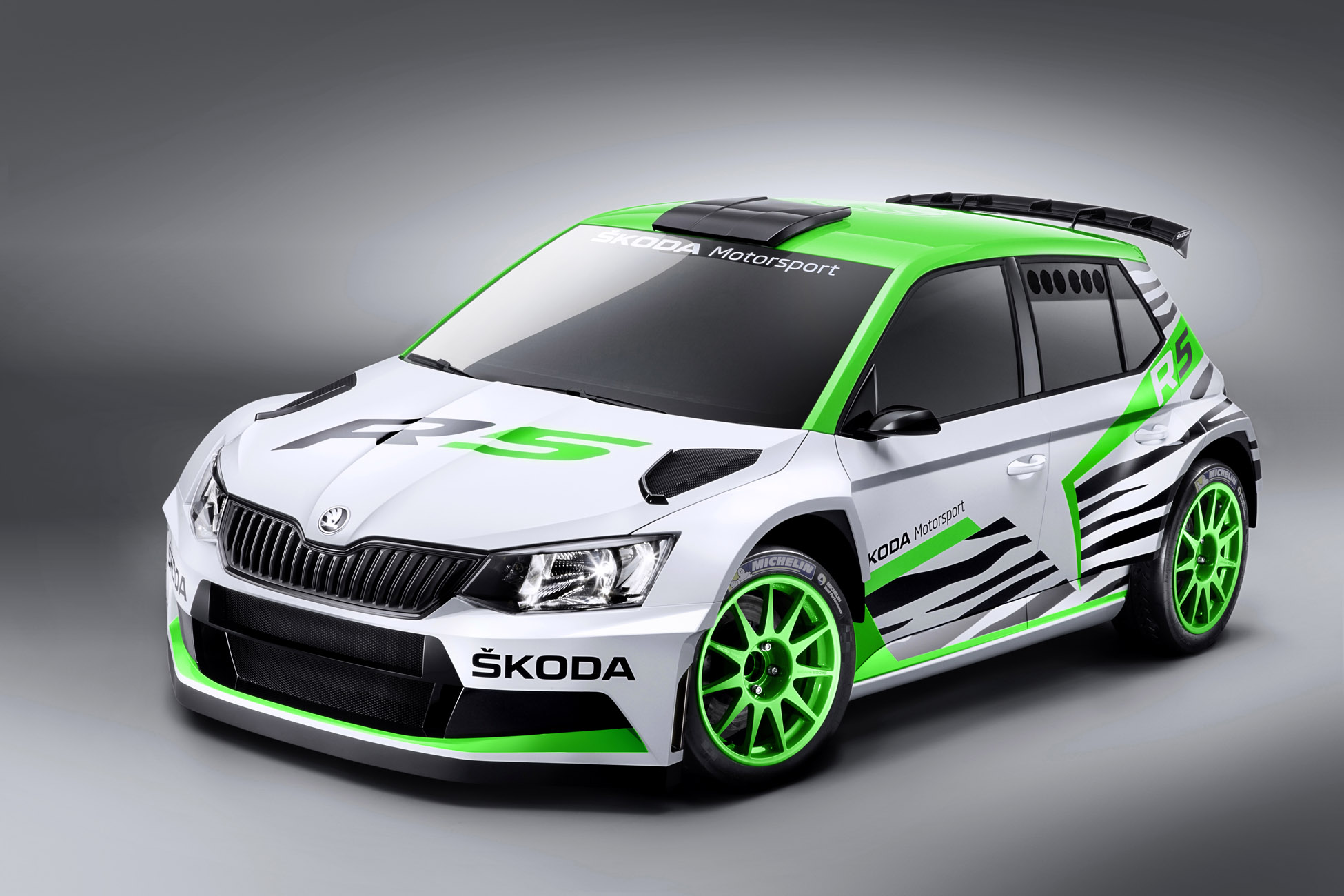