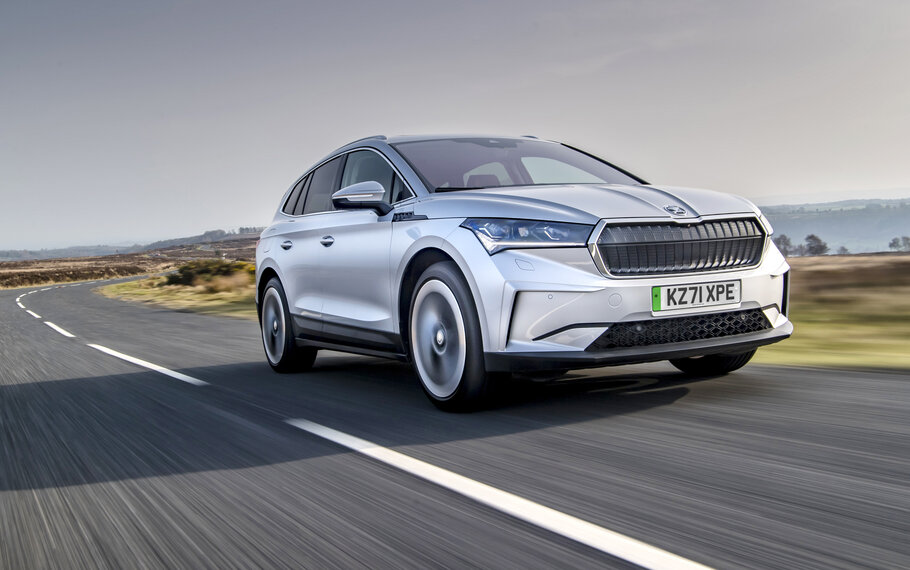 The update covers both new Enyaq iV 60 and Enyaq iV 80 models and means that buyers of the 60 can charge at up to 120kW while those choosing the 80 can charge at up to 125kW as standard. Previously, both models had a maximum charging rate of up to 50kW as standard. In real terms this means that the charge time (to 80%) for an Enyaq iV 60 charging at up to 120kW charger is reduced from 55 minutes to 35 minutes*. For the Enyaq iV 80, the time is reduced from 1hr 10 minutes to just 38 minutes with up to 125kW DC charging.

While the majority of the UK’s public DC rapid chargers have an output of 50kW, a new generation of high output chargers is being installed across the country. These advanced new units have outputs ranging between 120kW and 350kW and have been designed to dramatically shorten charging periods. All Enyaq iV models can charge at any rapid charger equipped with an industry-standard CCS connection.

The UK’s public rapid charging network for electric cars continues to expand with around 250 new connections going live every month. There are currently 4,770 rapid DC public chargers live at 3,060 sites around the UK. There are also more than 1,100 ultra-rapid (100kW+) units now online (source: zap-map.com).