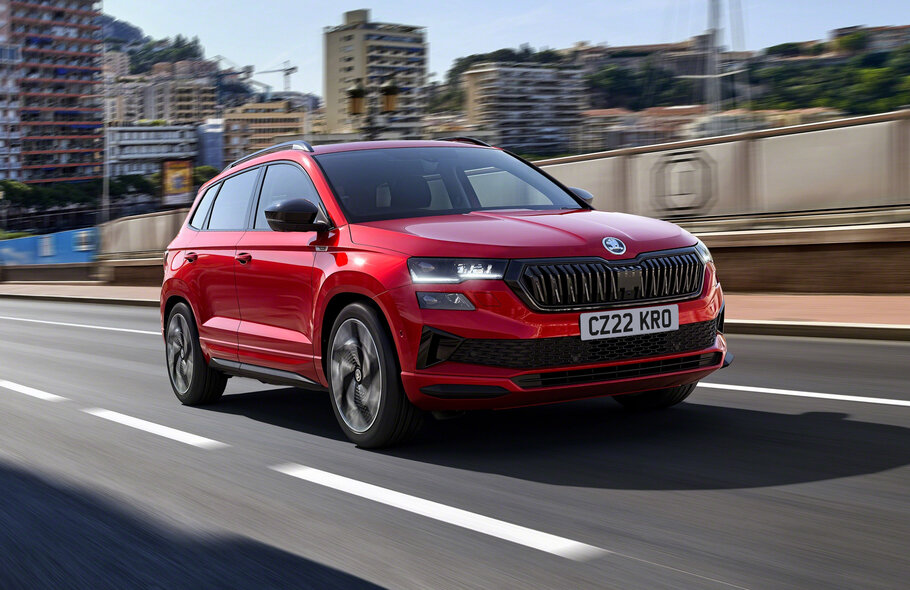 ŠKODA has announced pricing and specifications for the fully updated KAROQ SUV ahead of its arrival in the UK in spring. The model will feature a host of design improvements, higher equipment levels and more efficient drivetrains.

The UK range will feature three familiar trim levels: SE Drive, SE L and SportLine with customers able to choose from a range of two petrol and two diesel powertrains. Prices range from £25,950 OTR for the 1.0 TSI SE Drive model up to £37,760 OTR for the range-topping SportLine 2.0 TDI 150PS DSG 4×4. 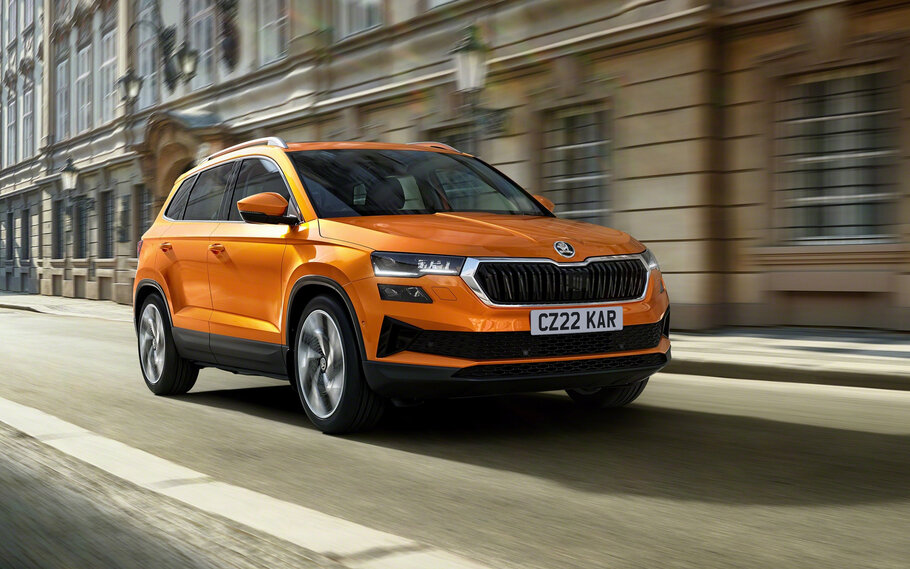 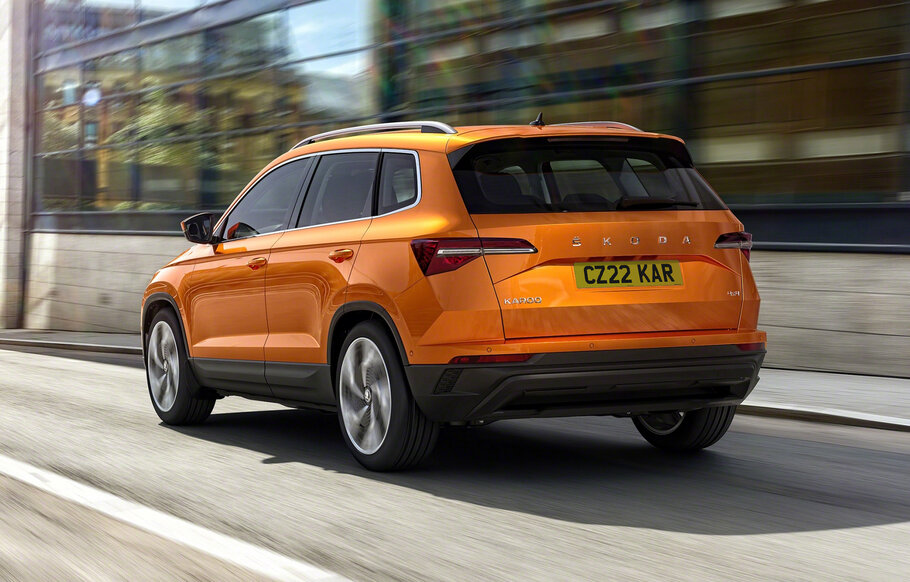 KAROQ overview
The updated KAROQ delivers a further evolution of ŠKODA’s acclaimed design language and features a number of styling features. These include a wider, hexagonal ŠKODA grille, slimmer headlights and aerodynamically optimised alloy wheels with black Aero trims. The new wheels, rear window finlets and a new rear spoiler all improve the car’s aerodynamics while lowering its CO2 emissions. New technologies – such as full-LED Matrix headlights and an expanded range of assistance systems – are also available to order for the first time.

KAROQ will be available from launch with four engine options; two petrol and two diesel. The petrol range consists of a 1.0 TSI unit that develops 110PS and a 1.5 TSI motor that produces 150PS. The latter can be specified with a seven-speed DSG. The diesel line-up features a 2.0 TDI with outputs of 116PS and 150PS. As with the petrol range, the higher power unit can be ordered with a seven-speed DSG. The 2.0 TDI can also be specified with four-wheel-drive.

All four KAROQ engines come from the Volkswagen Group’s range of EVO engines and feature a number of engineering enhancements to further improve efficiency. For the diesels, weight-optimised crankshafts and extensive modifications to the exhaust gas routing result in lower fuel consumption. In addition, the TDIs are equipped with a further developed SCR exhaust gas treatment system and two catalytic converters.