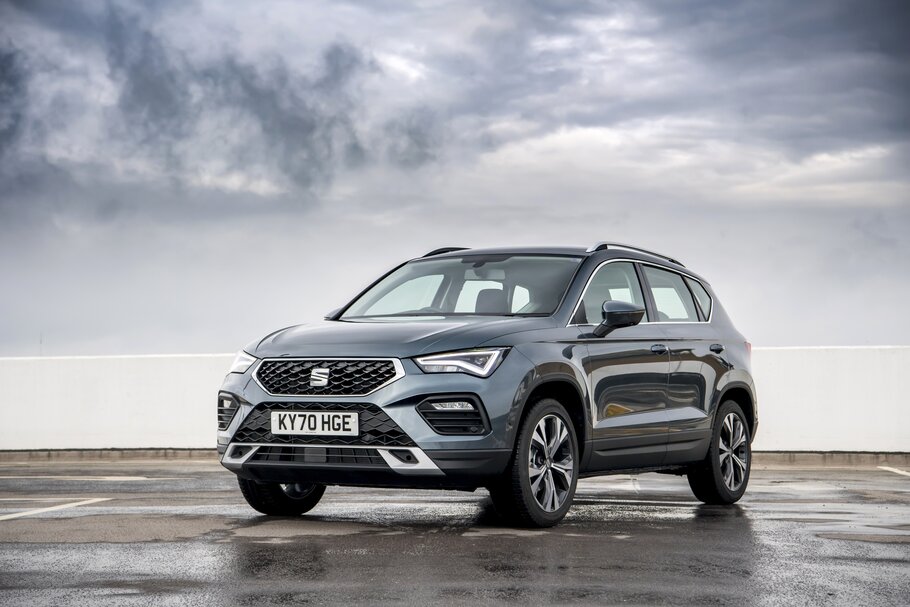 SEAT has added new technology to its mid-size and large SUVs, the Ateca and Tarraco, for 2022 model year.

Ateca XPERIENCE Lux now comes with SEAT’s Pre-Crash Assist safety system as standard. Using data from the forward-facing camera, Pre-Crash Assist prepares the occupants of the car for an oncoming collision by tightening seatbelts and closing windows, in addition to applying the brakes to reduce speed.

Inside the Ateca, both the SE and SE Technology trims (DSG-auto only) get the sports leather steering wheel with gear-shift paddles, making it standard across all trim levels.

On the larger Tarraco, SE trims benefit from the addition of SEAT Connect as standard on SE models (now standard across the entire range), and Adaptive Cruise Control now on SE and SE Technology models.

Pricing for the Tarraco range has been updated too, with prices now starting at £30,080 OTR for Tarraco SE 1.5 TSI Evo 150PS.

The Tarraco continues to impress as a class-leading model, and recently won ‘Best Large SUV’ for a third year in a row at the 2021 Auto Express New Car Awards.

MINI opens its doors to paws with Dogs Trust