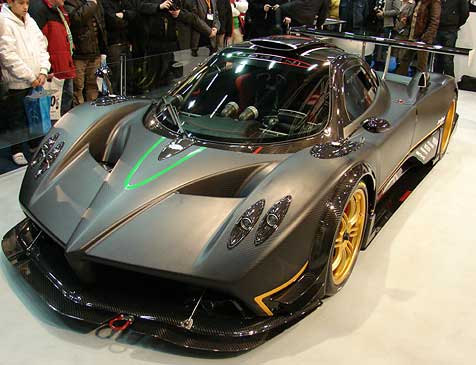 Enjoy these shots of the Pagani Zonda R, presented at the luxury show in Vienna and appearing more like a sculpture than a car. Horacio has even revealed that one of the first customers confessed his desire to exhibit the car in his lounge room, rather than actually drive it.

What else to say then? The length measures 394mm and the width has also been increased, compared to “less” exclusive versions, while the weight still sits at 1,100 kg. Never was carbon so appreciated.

And then there’s the V12 6.0 litre engine at 705hp which will transport you into hyperspace at just 3.2 seconds to hit 100 km/hr, and a top speed of 400 km/hr. The price also inhabits its own twilight zone of 1.4 million euros. I wonder if the customer will reconsider his choice to place it in the living room.

Inside the new Porsche Museum