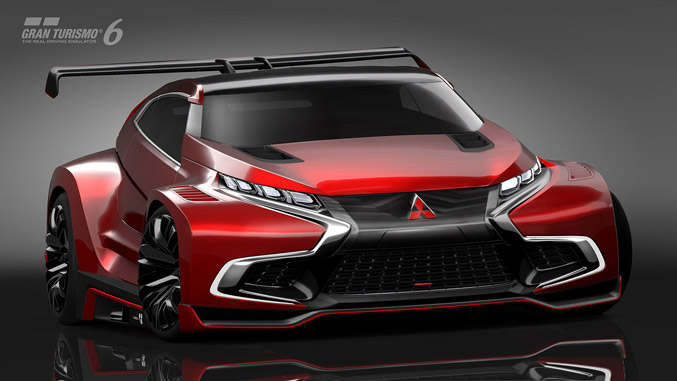 Mitsubishi Concept XR-PHEV Evolution Vision Gran Turismo is another car that has been released on Gran Turismo 6 – a PlayStation3 exclusive new game. This is a hybrid concept packed with an experience gained through motorsports. The company has a spectacular history in races like the Dakar Rally and World Rally Championships (WRC). In the development of this special concept model, Mitsubishi introduced their design team, Advanced Vehicle Research and Development Group, and Aerodynamic Engineering Development Group into this project in the same process they would normally follow to plan and develop real motorsports vehicles.

The exterior styling of the car is based on the Mitsubishi Concept XR-PHEV, which was shown at the 2013 Tokyo Motor Show. However, it adds know-how gained from years of motorsports experience into every detail.

The iconic front grill is a study of next generation Mitsubishi automobiles, while the shape that forms a wedge starting from the triple diamond mark is designed in the image of an athlete at crouching position on a starting line.

This concept uses the advanced development technology from the Plug-in Hybrid EV System. The power of the motor and powerful torque of the engine is transmitted through an eight speed dual clutch transmission (DCT) to drive the 4 wheels. Its driving performance is controlled with the S-AWC vehicle dynamics control system, which distributes the drive force optimally to the 4 wheels.

Furthermore, the weight of the car has been optimized via the utilization of carbon fiber reinforced plastic (CFRP). This also greatly contributes to its agility, while the downforce produced by the aerodynamic form of the front and rear diffusers produces excellent cornering performance.

The car runs on large diameter 20 inch aluminum wheels, which give an impression of a tough suspension system, and the powerful appearance of the front and rear fenders is in the image of toned muscles of a powerful athlete. 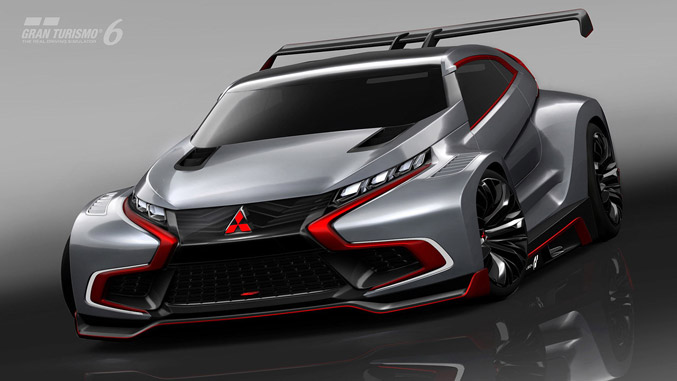 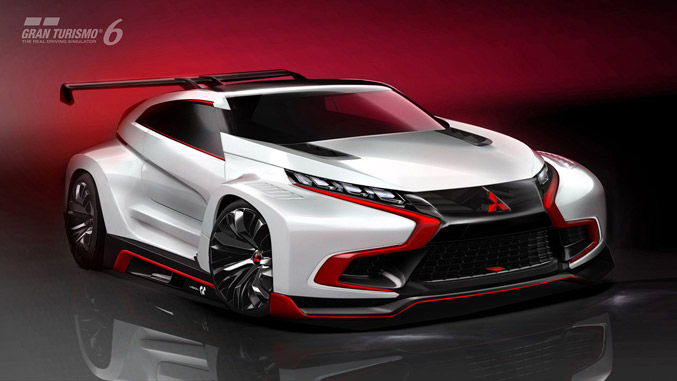 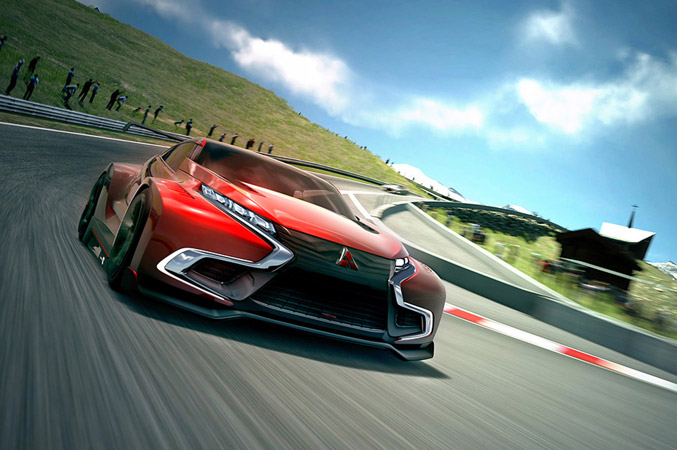 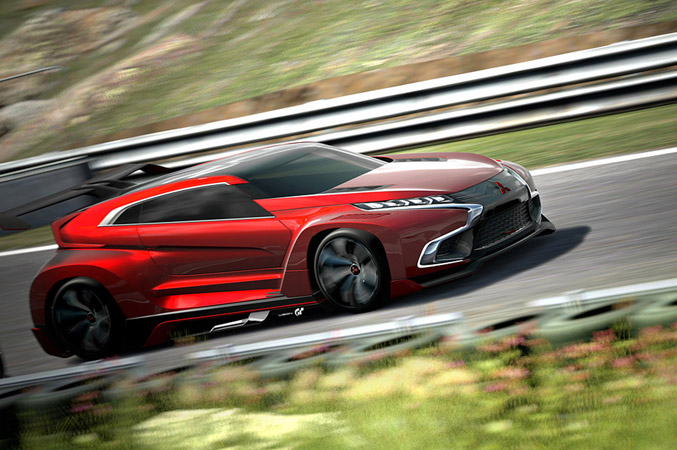 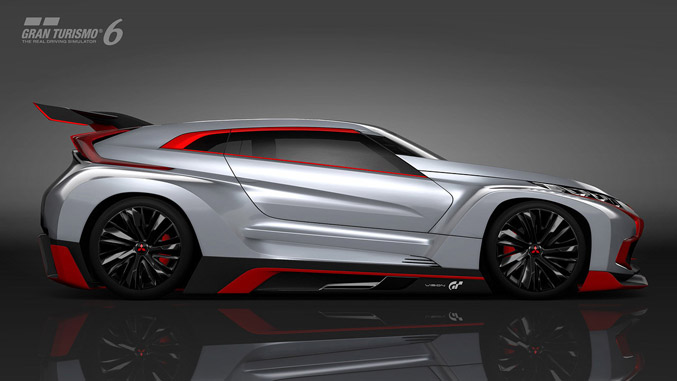 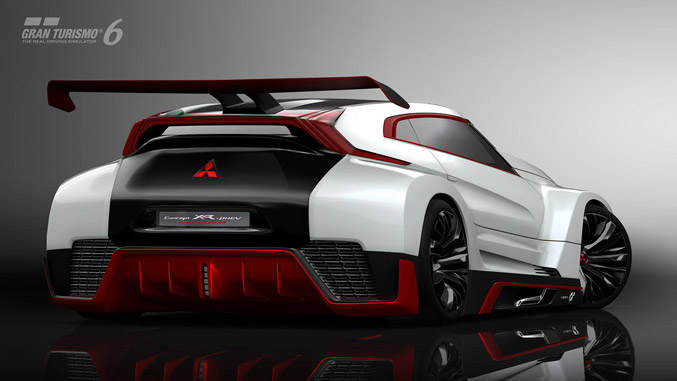