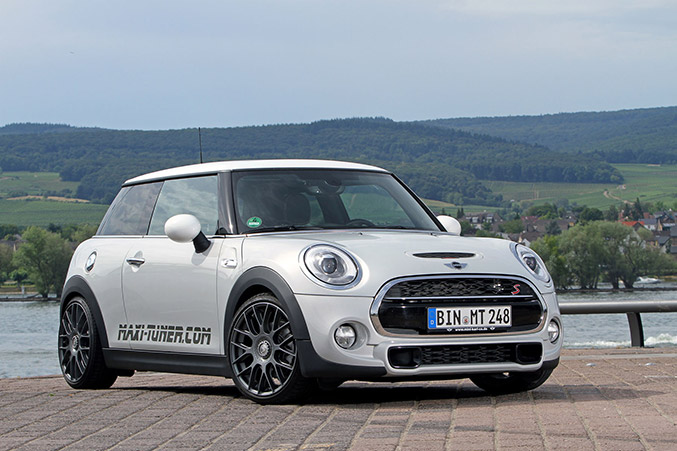 No sooner have the initial products of the brand new MINI-Generation F56 hit the street scene than the refiners of Maxi-Tuner, specializing in the performance optimization of MINI models, presented a comprehensive tuning package for the third rebranded generation of the Bavarian cult compact car with British roots.

Even though the present F56 peak model “MINI Cooper S” with its 192 horse power-strong turbo engine cannot be regarded as under-motorized factory-wise, the tuners from Gau-Algesheim in the state of Rhineland Palatinate, took the game one level higher using their company’s own supplementary Electronic Control Unit! This chip-tuning box that has received TÜV’s blessing through a partial expertise has boosted the performance of the forcibly resuscitated 2.0 liter 4-cylinder engine by 28 to a total of 220 horse power. Parallel to this, the maximum torque was raised from 280 to a forceful 340 Newton meter thus providing abundant stand-by thrust at all times. With this newly gained steam, the Maxi-Tuner MINI has even broken the prestigious speed limit of 250 k.p.h. sonic barrier!

Moreover, Maxi Tuner screwed 8 x 18 inches Schmidt Shift rims to the axles of the MINI Cooper S shown here, that were combined all over, with Goodyear tires of the size 215/35R18. The lowering springs from the establishment of H&R also endowed the Maxi-Tuner MINI with a crouched visual appearance and turn the Cooper S that had otherwise been made brisk in factory production, into a perfect toy for windy country roads. 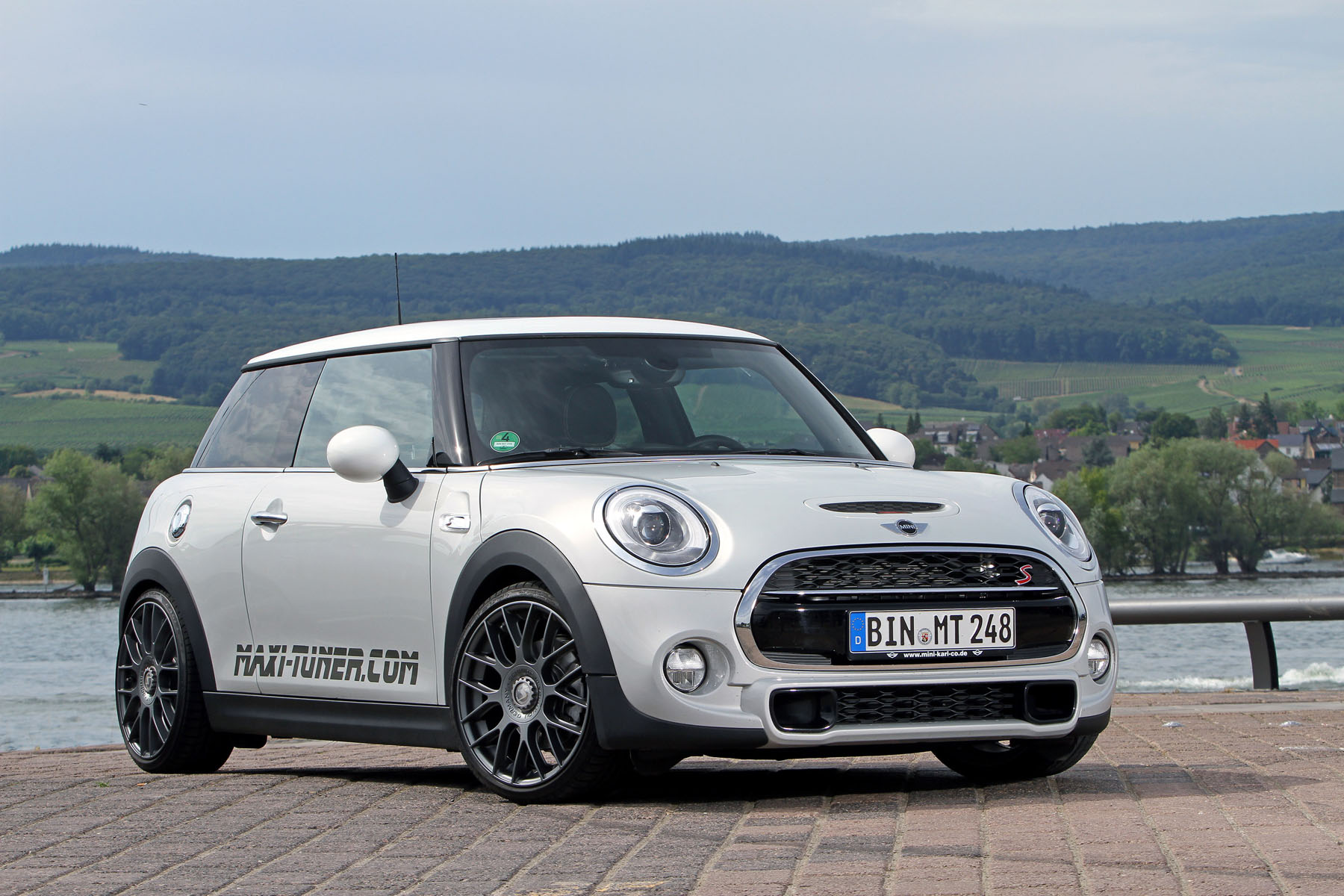