March News in Brief from BMW 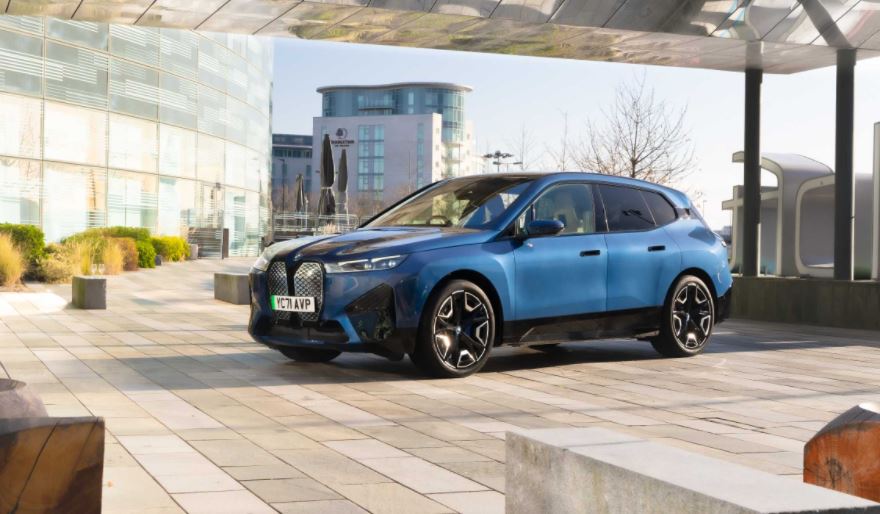 The newly launched BMW iX has been crowned ‘Large Crossover of the Year’ at the UK Car of the Year Awards 2021.

Judges praised the “relaxed, refined and calming nature” of the model, while also commenting “it’s one of the quietest, smoothest and most comfortable EVs I’ve ever driven”. Judges were impressed with the technology offered inside the BMW iX, with one juror writing “BMW’s technology flagship is as much a gadget as it is a car. It’s a luxurious showcase of the brand’s latest partially-autonomous, heavily connected and electrified vehicle systems, rolled into a familiarly driver-focussed SUV. A machine closely aligned with the automotive industry’s most significant trends”.

The BMW iX launched in late December 2021 and represents the pinnacle of the BMW Group electrification strategy. The fully electric vehicle has a WLPT range of 380 miles, is the premiere for the new generation BMW iDrive powered by Operating System 8, and, offers the most extensive set of standard driver assistance systems ever seen in a BMW.

The UK Car of the Year Awards is an independent set of awards designed to highlight and advise on the best new cars on the market for UK customers. The judging panel is made up of 29 professional journalists that cover the automotive industry from all four corners of the UK and comprise some of the most respected names in motoring journalism. The overall UK Car of the Year will be announced on 8 March 2022

GQ Saloon of the Year awarded to BMW i4.
A celebration of classic motoring heritage, concept cars of the future and the best vehicles available today, the GQ Car of the Year awards highlight the very best of the past, present and future. Every model receiving an award this year was electrified and BMW i4 succeeded by securing the ‘Saloon of the Year’ category at the 2022 award ceremony.

As the first fully-electric gran coupé, the BMW i4 introduces all-electric mobility to the heart of the brand with a range of up to 365 miles (WLTP). The BMW i4 is offered in both i4 eDrive 40 and M50 variants with the latter being the first purely electric performance car from BMW M GmbH.

Speaking of the win, judges from GQ praised the model for finding the automotive sweet spot, writing, “the i4 does exactly what BMWs have done since forever – find the automotive sweet spot between sleek-and-sporty styling, aspirational-yet-understated desirability, and head-spinning, pulse-quickening performance. The only difference? You plug this one in and help save the planet in the process”.

Autocar-Beaulieu ‘ Future Classic ’ awarded to BMW i3.
The BMW i3 has been named a ‘Future Classic’ by Autocar and the National Motor Museum at Beaulieu, as part of the museum’s 50th anniversary.

Starting with a list of 99 vehicles on sale at the start of 2022, the long list was whittled down to ten by Autocar readers. Expert judges from the National Motor Museum and Autocar then reviewed the shortlist, before whittling the list down to five winners by deciding which vehicles they would look back on in 50 years’ time and wish they could have again.

The BMW i3 was praised by judges from both Autocar and Beaulieu, writing “the i3 symbolises the kind of unshackled, inspired design that ought to have been applied to every car”. Described by judges as a “marvel of a modern supermini”, the BMW i3 was first launched in 2013 as the brand’s first fully electric vehicle.

In choosing winners across numerous categories, judges take into consideration safety, quality, price, design and environmental footprint. In 2022, BMW iX excelled in all of these areas and was selected as the top performer in the Large SUV segment.

The overall winner of Women’s World Car of the Year 2022 will be announced in March.