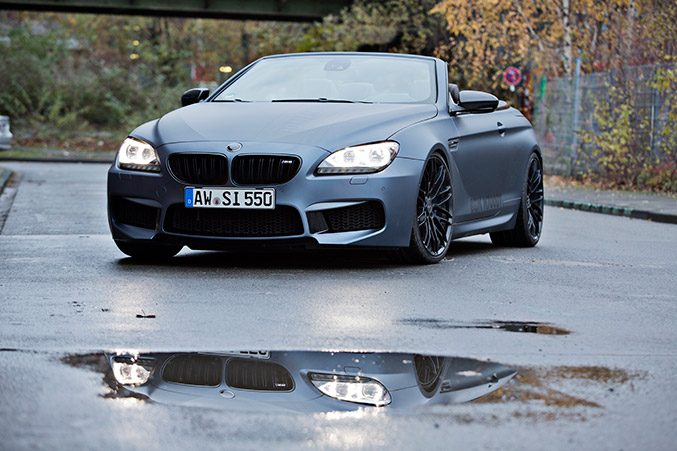 Indeed no need to discuss here the fact that the serial BMW M6 is no child of sadness. The upper class athlete sparkles of elegance and luxury as coupé as well as in cabriolet version. Exactly this is the point, on which the BBM Motorsport from Senden nearby Munster, Germany, puts the lever in position to create the BBM M700BT out of the recent M6 cabrio by means of very special „ingredients“.

The focus is – as usual for BBM Motorsport – on the rather multifaceted area of power enhancement. So also in this case. By help of the chip tuning software developed on the house own performance testing station and not least thanks to the Akrapovic complete exhaust system including down pipes and sports cat the BBM M700BT can offer performance values that indeed must not fear any comparison: 705 HP (518 kW) at 6.100 to 7.200 rpm and 864 Nm of max torquet! That is anyway 145 HP (107 kW) and a torque of 184 Nm of more. Also the exhaust system with carbon end pipes merits to be mentioned. Of course, this power enhancement kit is also available for the recent M5, X5M and X6M. 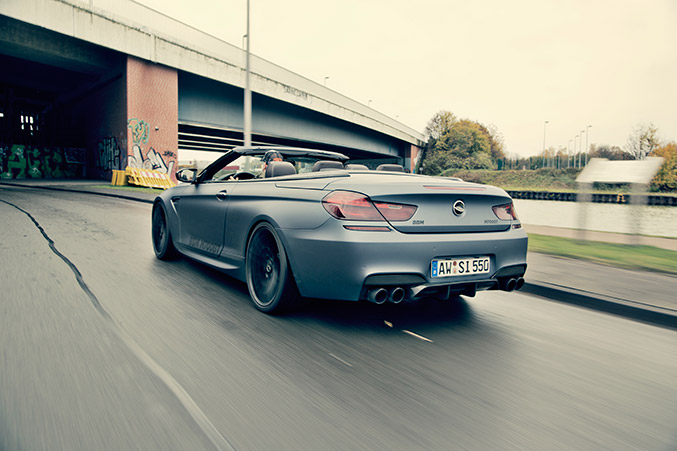 Concerning the suspension, there has been installed a KW suspension set in order to maintain the “dynamic damping control“ (DDC). Optionally, there are available also variant 3 coilovers of the same manufacturer with lowering by 10 to 40 mm. In case of the rims the choice has been done in favor of Breyton 21” rims named Spirit R. Finally there must be especially mentioned the car wrapping by SFT Carwrap in „Mat Steel Blue“ and the sportive accents in „Gunpowder“ by Sott / Arlon. 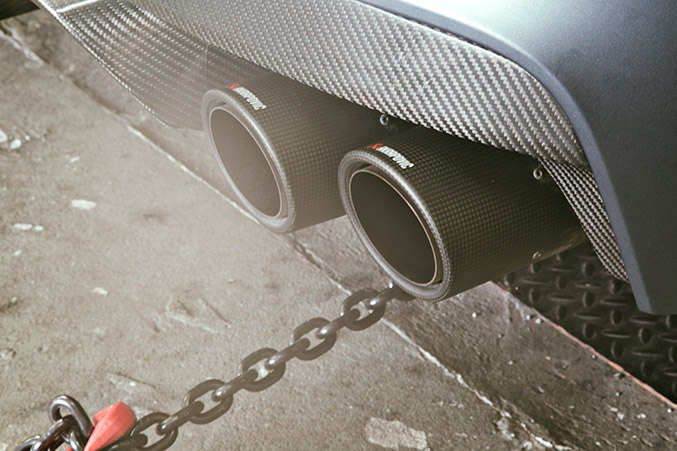 By the way, the tuned by BBM Motorsport BMW M6 as worthy 850 Csi successor can be admired together with the recent VW Golf VII GTI of BBM in hall 8 stand 130 of the Essen Motor show.