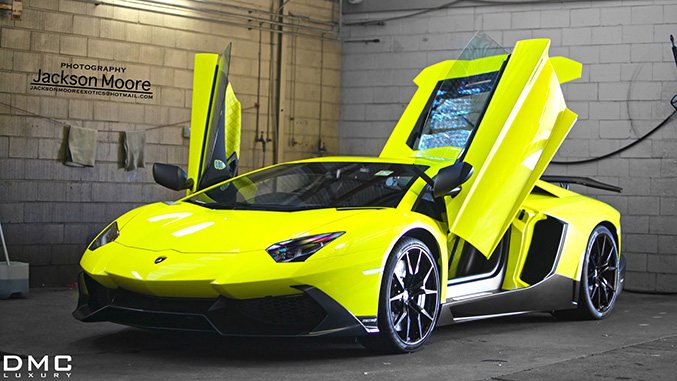 If there is one unified question that has been asked since the unveiling of the LP720, it’s got to be “Why doesn’t this bull come with a wing?”.

Surprisingly the car is delivered with a stunning body, that just screams for a wing as we had earlier seen it on the “J” or the “Veneno”.

One Australian buyer decided to refine his 50th Anniversarion with DMC’s Molto Veloce spoiler, and photo wizzard Jackson Moore was there on the spot to preserve the impressions for you and eternity.

While it was originally designed for the regular coupe/roadster, the DMC’s wing seem to magically achieve what the stock car was begging for, a bad-ass completion of the stunning look.

The EDIZIONE now features a complete look that finally puts an end to the wing question. Performance wise, DMC did not modify the LP720. 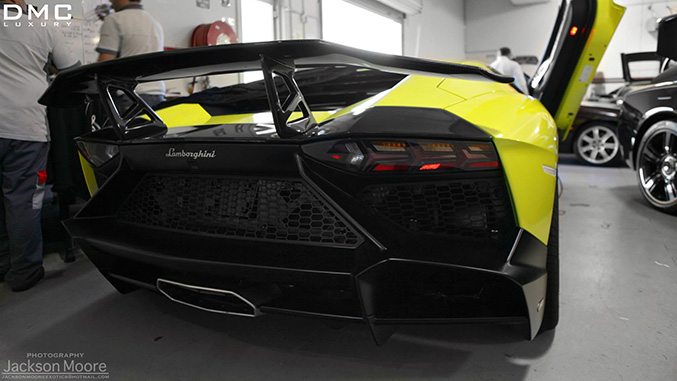 A set of forged wheels would be possible as well, but we really have to say that the car looks good as it is delivered from St’Agata. The spoiler was the missing dot on the i and we hope you enjoy the photos as much as we do, thanks Jackson Moore for the impression!