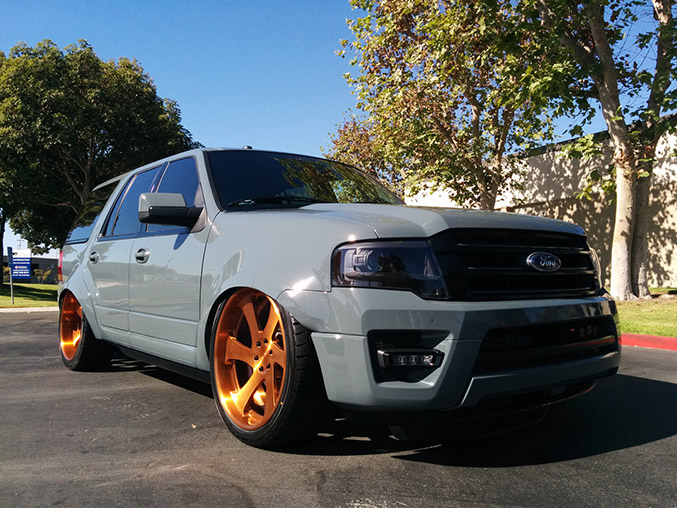 From a high-horsepower application to sophisticated style and aggressive snow warrior, three Ford Expeditions – new for 2015 – have been given makeovers just in time for the 2014 Specialty Equipment Market Association show in Las Vegas.

A trio of top industry builders – Tjin Edition, DUB Magazine and Vaccar – took charge with the 2015 Ford Expedition to create versions of the full-size utility vehicle like no other. Look for the custom Expeditions to be on display Nov. 4-7 at Las Vegas Convention Center.

“The builders really outdid themselves with these one-of-a-kind versions of Ford’s full-size utility,” said Mike Nicopolis, of Ford’s SEMA aftermarket support group. “The 2015 Ford Expedition offers great space, performance and capability in an impressive package that is the perfect platform for creativity and customization.”

The Tjin Edition Ford Expedition stays true to the sophistication of its premium roots, but with added individuality via custom metal fender flares, a custom dark gray paint job and a whole new liftgate.

“The Tjin Edition Ford Expedition is intended to showcase a Ford vehicle featuring capability for towing, one that can serve as a daily driver and is a standout as a promotional show car,” said Tjin Edition’s Neil Tjin.

This custom Expedition starts with the 365-horsepower 3.5-liter EcoBoost® V6 and six-speed automatic transmission. Then, via a charge cooler kit from Vortech Engineering, custom tuneup, custom side exhaust from MagnaFlow, and high-performance oils and lubricants from Royal Purple, the Tjin Edition Expedition roars with another 40 ponies underhood for a total of 405 horsepower.

The chassis was customized by Unique Fabrication and features Air Lift struts and an Accuair air management system, as well as a big brake system from Baer Brakes, 24-inch custom Rotiform wheels and Falken tires. 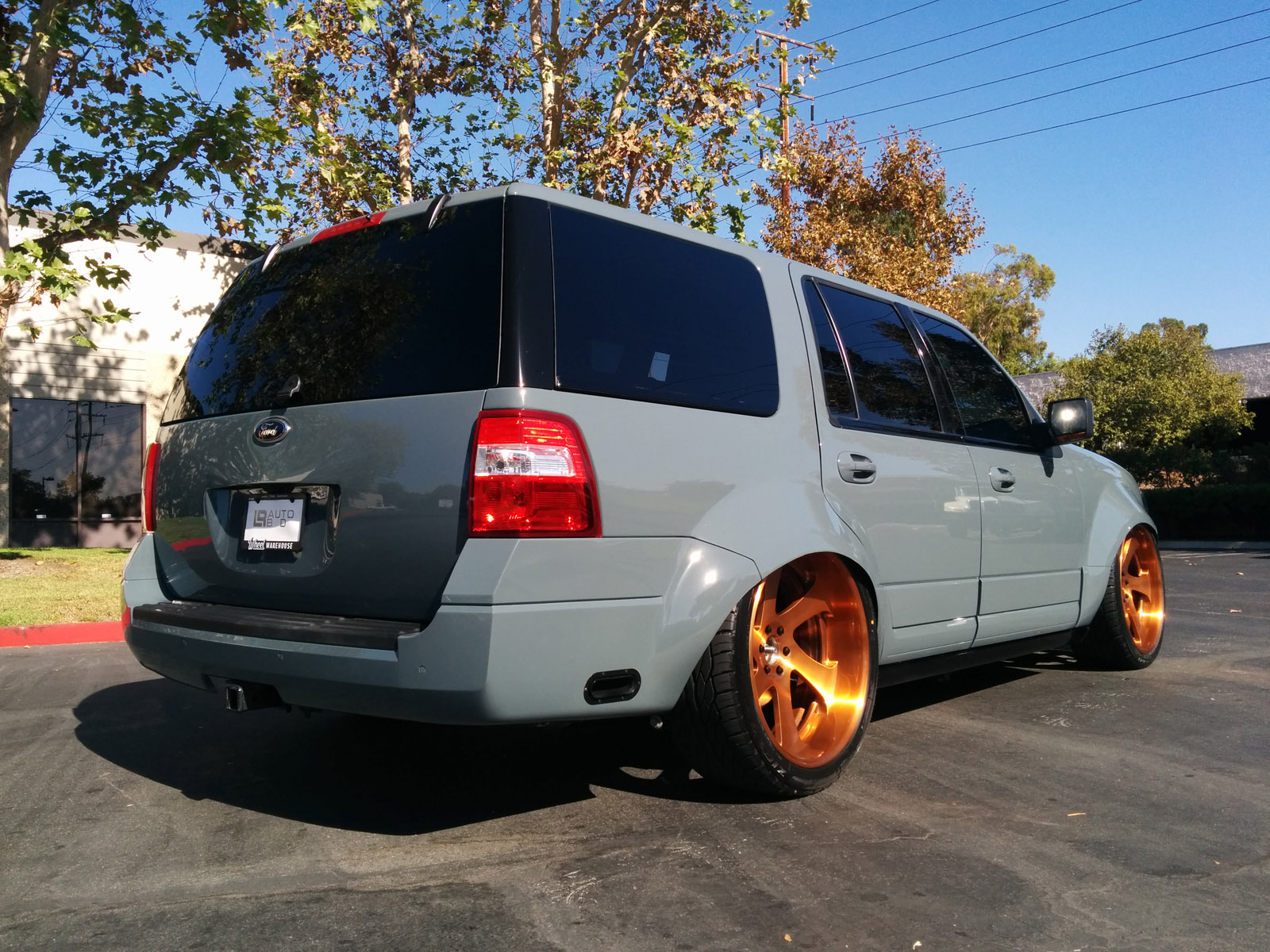 The 2015 Ford Expedition by DUB Magazine has amenities that bring an added level of style and sophistication.

The 3.5-liter EcoBoost V6 was given an exhaust system from Borla Performance, and the team installed a suspension kit from McGaughy’s Suspension Lift Kits to lower the vehicle, as well as high-performance brakes.

There is an upgraded multimedia and sound system, upgraded seats and upholstery, and custom adjustable LED lighting that can be controlled by remote installed inside on the front row. The center console extends throughout the vehicle, with places for headphones and tablets. Motorized hidden boxes can hold valuables like watches.

The rear seating area has multiple monitors that can be viewed from different locations and from angles both in and outside of the vehicle. There is a video gaming system and wireless headphones, along with internet accessibility.

“Expedition already has a great look and design,” said Myles Kovacs, president and cofounder of DUB Media. “We wanted to take that foundation and create something that takes upscale travel to another level, taking cues from airline travel.” 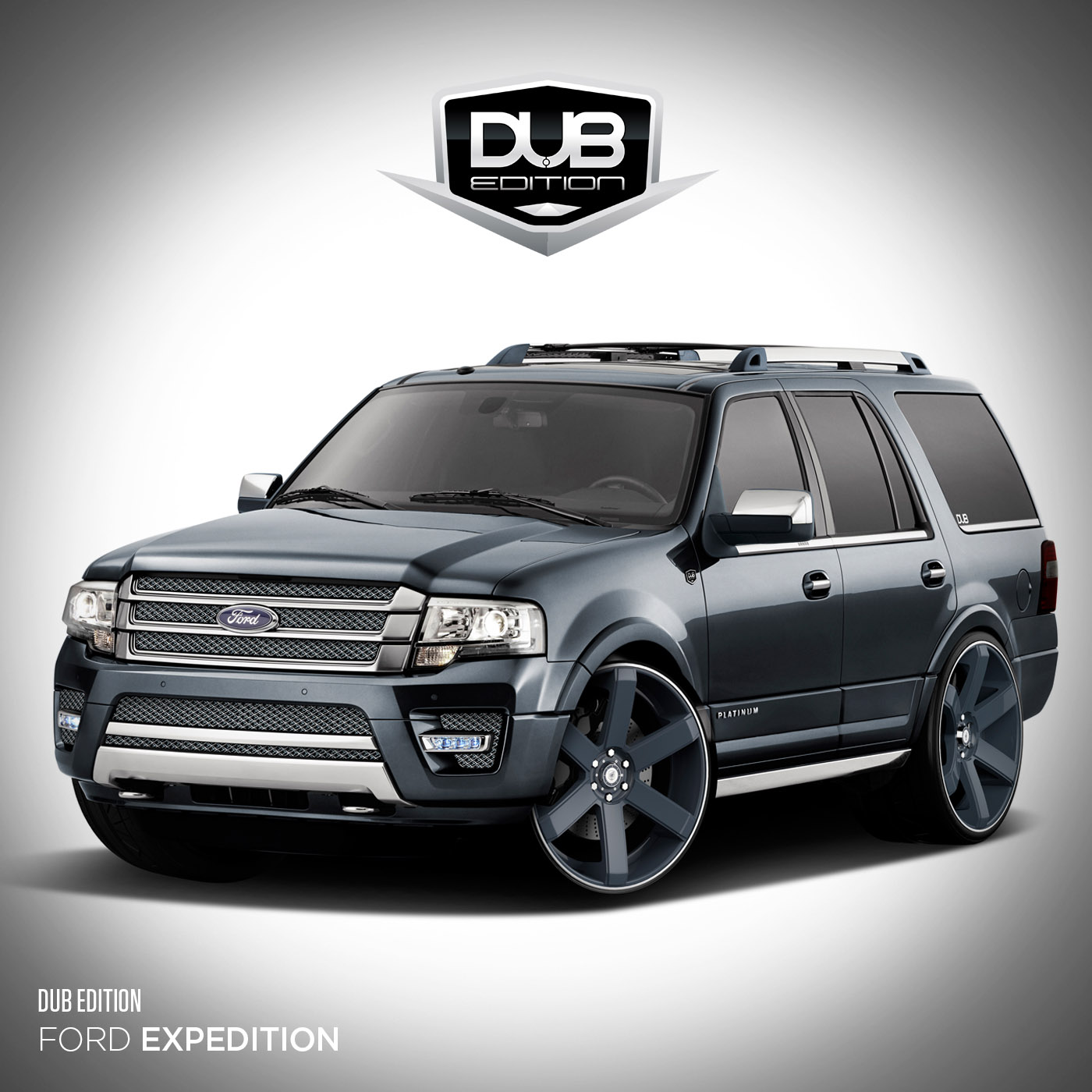 The 2015 Ford Expedition XLT by Vaccar is meant for winter driving in style, showcasing the vehicle’s capability on the exterior and comfort on the inside.

“I was excited to do something that showcases the 3.5-liter EcoBoost V6, and express aggressiveness on the outside while adding to the great comfort that is on the inside,” said Aaron Vaccar, creator and lead designer for Vaccar. “I wanted to create a rolling lodge.” 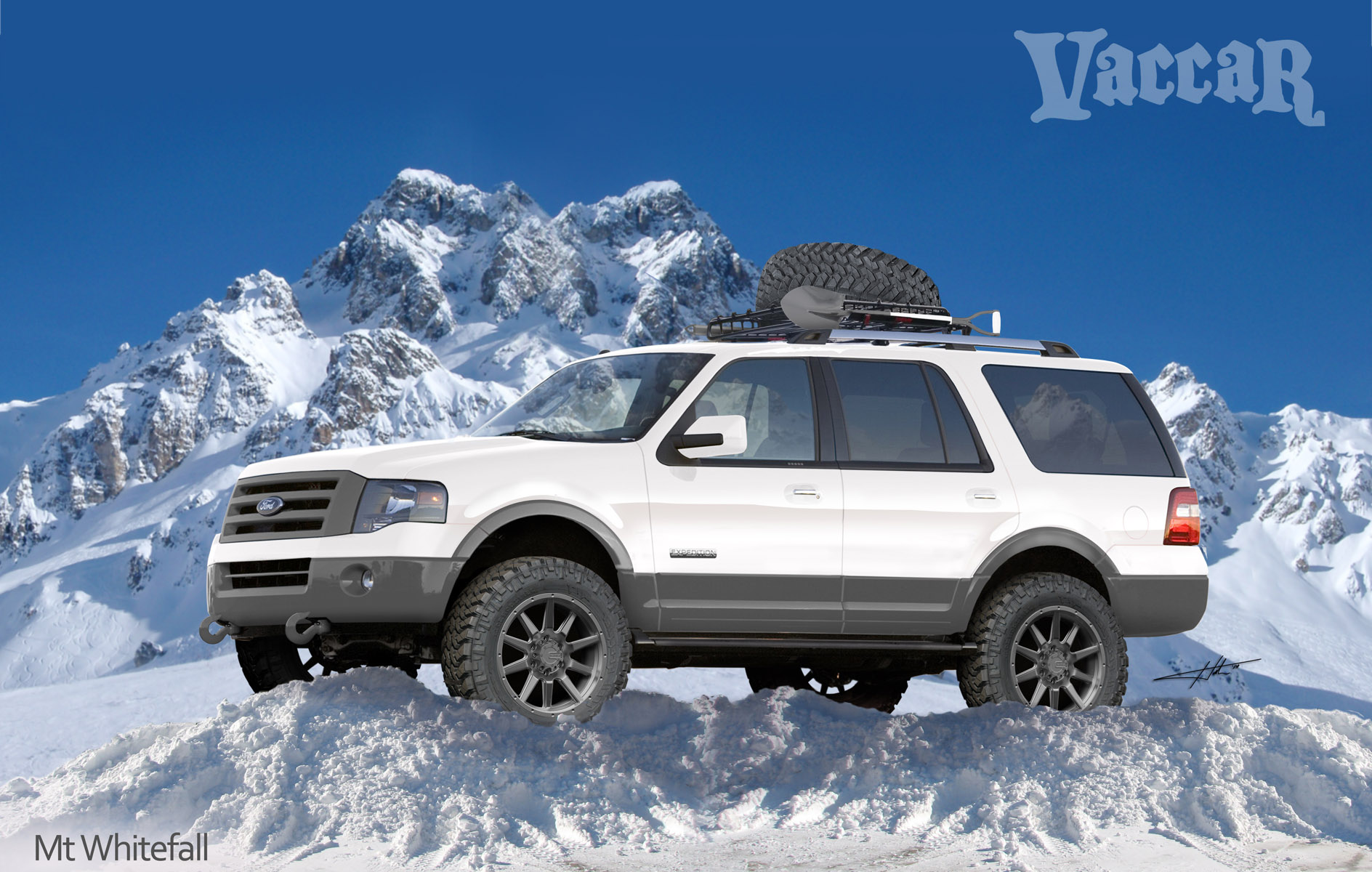 The 2015 Ford Expedition, in showrooms now, is the full-size utility for consumers who want capability, class-leading maximum cargo space in the extended-length version, and the latest advanced technologies.

With a refreshed look and its 3.5-liter EcoBoost V6, the new Expedition has more technology than previous-generation vehicles. It is the latest Ford nameplate to offer a high-end Platinum series.

The 2015 Ford Expedition is available with SYNC® with MyFord Touch® and driver-assist features like radar-based Blind Spot Information System with cross-traffic alert. The updated center stack can accommodate the available 8-inch touch screen for SYNC with MyFord Touch, which features driver information in the gauge cluster shown on two full-color 4.2-inch screens.

MCCHIP-DKR HAS Surprises for Quite “NORMAL” Cars Too