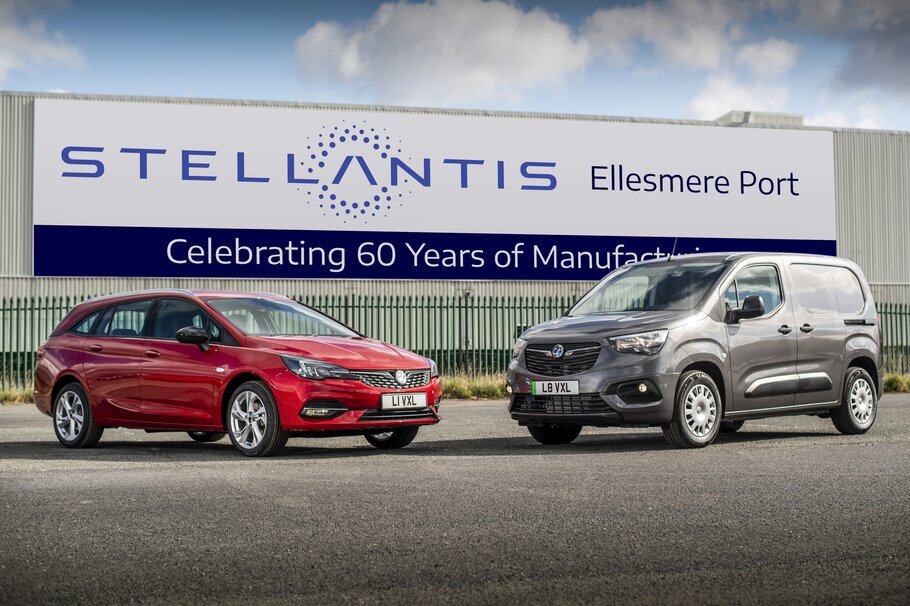 Vauxhall is celebrating an incredible 60 years of manufacturing at its Ellesmere Port plant ahead of its £100 million transformation into the first Stellantis plant to produce solely battery-electric models by the end of the year.

The diamond jubilee comes as Ellesmere Port readies itself for a £100 million upgrade to become the first Stellantis plant to produce solely battery-electric models, from early next year.

The popular Vauxhall Combo-e and its Opel equivalent will be some of the first electric vehicles to be produced at Ellesmere when the plant reopens, along with Peugeot e-Partner and Citroën e-Berlingo vans. Ellesmere Port will also produce a range of passenger vehicles across the Stellantis brands including the Vauxhall Combo-e Life, Opel Combo-e Life, Peugeot e-Rifter and Citroën ë-Berlingo MPVs.

These light commercial vehicles, and their passenger car variants, are all powered by a 100kW (136hp) motor with a 50kWh lithium-ion battery.  They can be charged at up to 100kW and take just 30 minutes to charge from 0% to 80%, capable of up to 174 miles of range under WLTP conditions.

Paul Willcox, Managing Director, Vauxhall & Senior Vice-President, Stellantis, said: “Over the last 60 years, Ellesmere Port has become one of the great British car plants, producing some of the most popular cars on the roads across generations. With one era closing, we’re now looking forward to an all-new electric era at Ellesmere, with the site becoming the first Stellantis plant to produce solely electric vehicles. Vauxhall is fast moving towards an electric future and I’m pleased to see the next-generation of Vauxhall electric vehicles made in Britain.”

Vauxhall has committed to selling only electric vehicles from 2028, seven years ahead of the Government deadline, and the transformation at Ellesmere Port will ensure the UK remains at the forefront of electric vehicle manufacturing. The plant upgrade also forms a part of Stellantis’ commitment to become a carbon neutral group, globally, by 2038 – and to halve its carbon footprint by 2030, based on 2021 data.

Production of the seventh generation Astra model came to a close on 6th April 2022.  The final Vauxhall Astra model to roll off the production line was an Astra Sport Tourer SRi Nav 1.2 Turbo Manual in Hot Red and the occasion was celebrated with a gathering of the plant workforce as well as former employees.  Work will now be undertaken to transform Ellesmere Port into an electric vehicle manufacturing centre when it restarts production in early 2023.

The eighth generation All-New Astra, and Astra Sport Tourer, are now available to order and deliveries to UK customers are starting imminently.  Available now with plug-in hybrid technology, a fully electric version of both cars will also arrive next year as part of Vauxhall’s commitment to only sell fully electric vehicles from 2028.

With over 90 years of history of manufacturing in the UK, Vauxhall is currently the only mainstream automotive brand to produce vans in Britain. Alongside Stellantis’ Ellesmere Port plant, Vauxhall continues to make vans at its factory in Luton, which has been operating since 1907 and stands as Britain’s oldest car factory.