The Blue Wonder by MR Racing 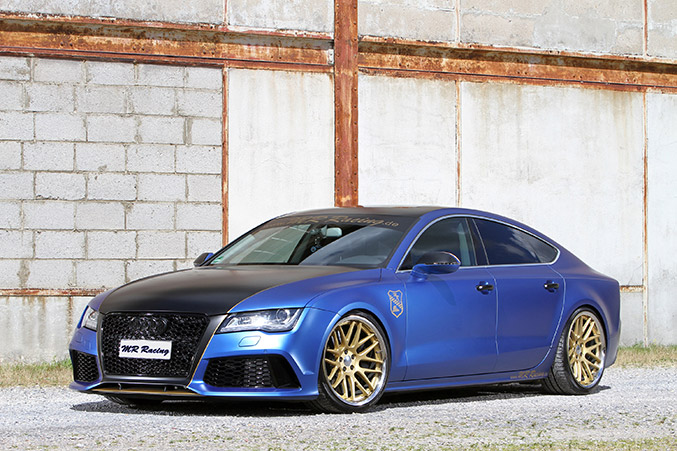 Even though its more conventional brothers with the “even” type designations, the A4, A6 and A8, are much more popular, the Audi A7, a rather exotic car for road use, is without doubt the most elegant model in the Ingolstadt car builders’ portfolio at the moment. The most noticeable, and visually most dominant, feature of the Bavarian top-class model is its slightly slanted Sportback tail, which gives the A7 a coupé-like silhouette in spite of its four doors, quoting the shapes of its ancestor, the Audi 100 Coupé S, which was built between 1970 and 1976.

The styling experts from MR Racing in Eschweiler, near Aachen, recognised the A7 Sportback as the ideal basis for developing an elegant but extroverted project vehicle.

For a sporty look, MR Racing gave the “small” 3.0 TDI-model the aggressive front apron of its high-performance brother RS7, which offers a 560 PS strong biturbo-V8 by default. Doubtlessly, the full foil application in matte blue metallic with matte black and golden accents is even more essential for the eye-catcher factor of the MR Racing Audi. The latter take up the colouration of the 10×20-inch Emotion Wheels Concave rims. The concave Y-spoke stars – as the name suggests – were also powder-coated in a matte gold. The elegant single-piece units were applied with Pirelli P Zero Silver tyres in size 265/30R20.

The wheel/tyre combination is displayed perfectly thanks to the electronic KW DLC-kit, which permits varying and programming the driving and standing height of the factory-side air-suspended chassis via iPhone-app.

Behind the wheels, experts can spot the pizza-plate sized (400/370 mm) brake disc of the ceramic brake system, which usually decelerates the S7 sports model. 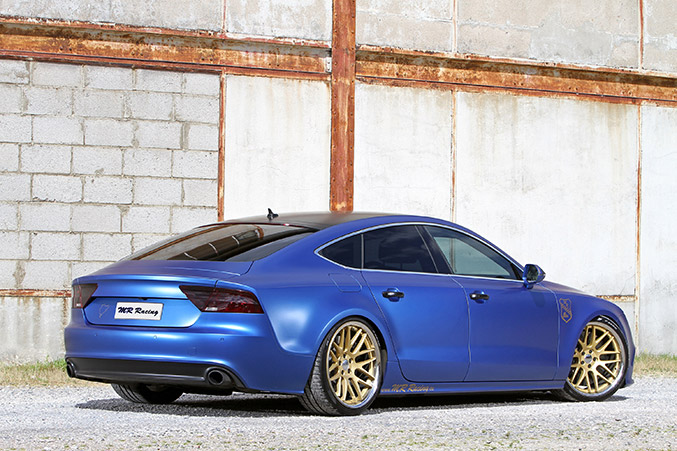 The latter is clearly outdone in terms of torque by the A7 3.0 TDI with its performance increased by MR Racing: by optimising the software, MR Racing has increased the performance from 204 to 299 PS and in parallel raised the torque from 450 to 612 Newton metres.

The MR Racing-A7 is not only strong as a bear, it also tells of its increased power with a vehemence that is truly impressive for a diesel: the Audi sound generator, adjusted to the A7 3.0 TDI exhaust system as a special construction with an adaptation module, gives the common rail self-ignitor, which only used to hiss silently in the serial condition, the sound range of the large V8 models.

MR Racing provides this sound upgrade also for various other Audi and VW models, which are not available with the sound generator in serial-production.

MR Racing has improved the interior with OEM and aftermarket components as well. The multifunctional sports steering wheel with a flattened bottom was taken from the “little brother” RS3 (8P) and was combined with in-house aluminium switching rockers that are available in a brushed or polished version, as well as in many RAL colours in addition to the matte black variety displayed here. Good entertainment of all travellers is ensured by a DVB-T-tuner by Kufatec, a 15-inch ceiling screen in the rear area and a module for watching DVD and TV, permitting movie fun during a drive. The wellness feeling on board is completed with soft foot mats with the MR Racing logo and edged in the car’s colour. 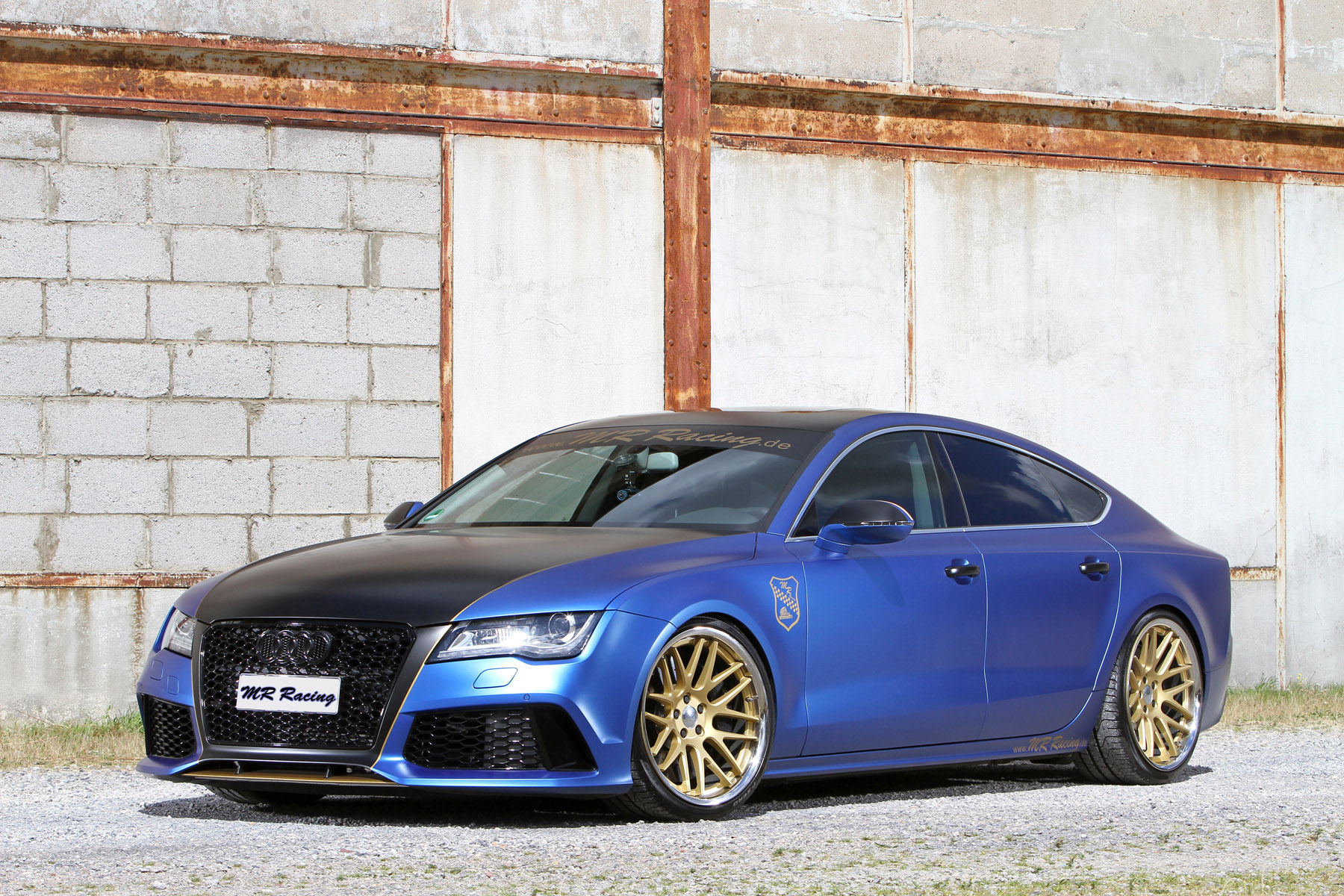 Greater Luxury and Performance for the Ultimate off-roader: Carlsson presents the CG63 6×6