Alpine unveils the A110 designed by Obvious at Art Paris Fair

The Alpine A110 Sastruga has been unveiled at the Grand Palais Éphémère where it will be on display until Sunday 10 April 2022. Alpine and the Obvious art collective have presented their artistic collaboration, an “art car” exploring the creative potential of artificial intelligence (AI) and algorithms by encouraging dialogue between technology and emotions. This collaboration is part of Alpine’s ongoing commitment to the arts, which today takes a new step forward. 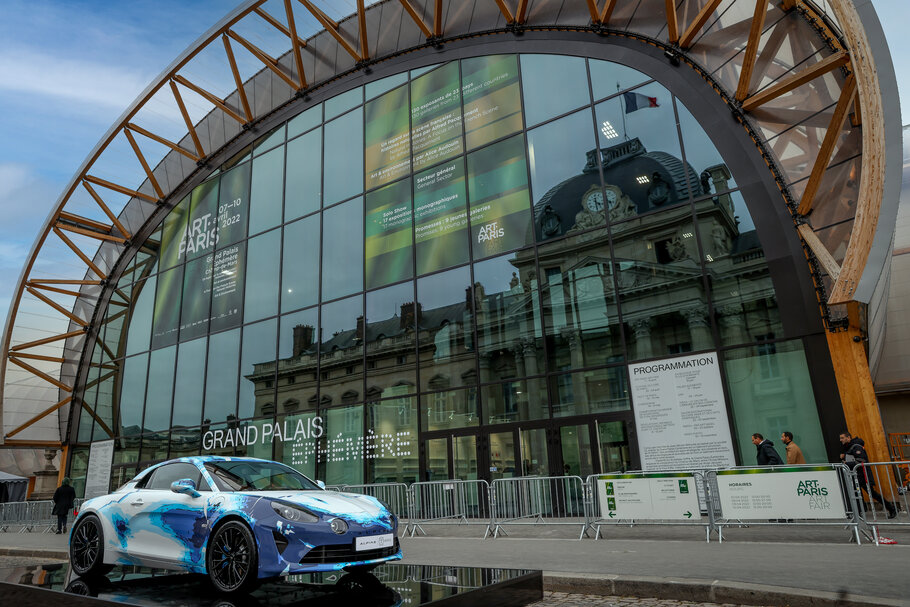 By taking part in Art Paris 2022, a modern and contemporary art event, together with Obvious, Alpine is continuing its artistic commitment by exhibiting a piece for the second year running.

The A110 Sastruga is an original creation focusing on technological and scientific innovation within the artistic field. Obvious took inspiration from Alpine’s legendary sporting heritage to create a unique piece showing an imaginary race, taking place on a circuit that is a synthesis of those from the brand’s distinguished racing career. On the body of the iconic A110, there is an imaginary circuit generated by artificial intelligence. Its style draws inspiration from the sastrugi phenomenon, which describes the effect of geometric patterns formed in the snow when eroded by the wind. On the back of the A110 is a mathematical formula, the artists’ signature, which symbolises the algorithm with which the collective generated the imaginary Alpine track.

This exceptional model is the result of several months of collaboration between Alpine and Obvious, bridging the gap between heritage and modernity. Through the creation of the imaginary circuit, the work illustrates the capabilities of machine learning, which consists of allowing computers to “learn” from data, and GANs, a class of unsupervised learning algorithms. The artists drew their inspiration from the circuits that have marked the brand’s history from Le Mans to Paul Ricard, Pedralbes, Pescara, Montjuïc, Monsanto, Magny-Cours, Long Beach, Losail and Kyalami, while drawing on familiar elements such as pitlanes and overtaking zones to make it realistic. The originality also lies in a multi-direction junction that allows the driver to choose their favorite one. This imaginary circuit is an opportunity to project the car into a futuristic universe with multiple opportunities.

“Obvious succeeded to capture the DNA of our brand to create an original and unique piece of art highlighting our firm outlook on the future. Obvious and Alpine share the same ambition: to use technological innovation to reinvent ourselves and explore an ever-expanding field of possibilities. Through this collaboration, we are proud to contribute to the emergence of a new form of creation and be associated with these visionary artists.” Laurent Rossi, Alpine CEO 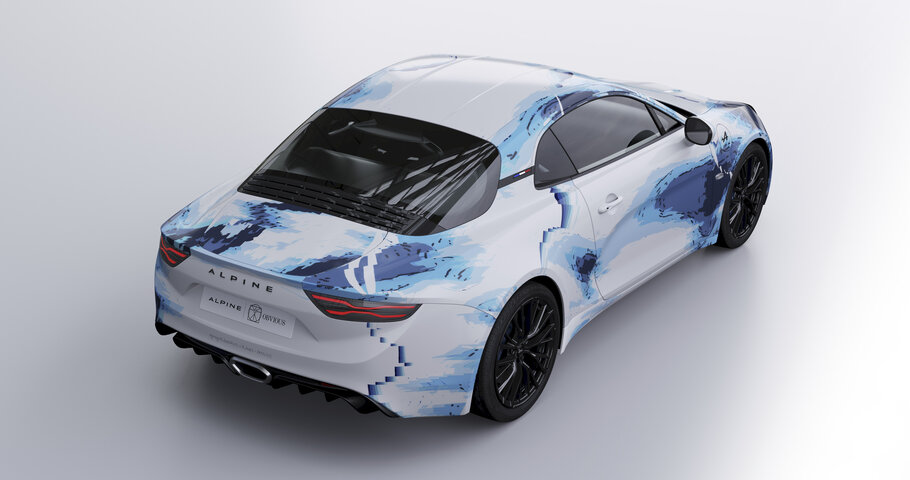 “This piece is the result of a long creative process in which we sought to imagine a unique object that communicates technology and sporting savoir-faire, drawing on the heritage of this historic brand. Alpine has given us a great deal of creative freedom, and this achievement demonstrates their desire to conquer new frontiers.” Collectif Obvious

Following the success of its September 2021 edition, which inaugurated the Grand Palais Éphémère on the Champ-de-Mars and attracted a record 72,746 visitors, Art Paris returns this spring from 7 to 10 April 2022 with a high-flying list of 130 galleries from more than twenty countries.

The Alpine stand (D16) presents the different stages of the creative process and the dialogue between Alpine and Obvious that led to the work.

Tomorrow is yours with the smart #1