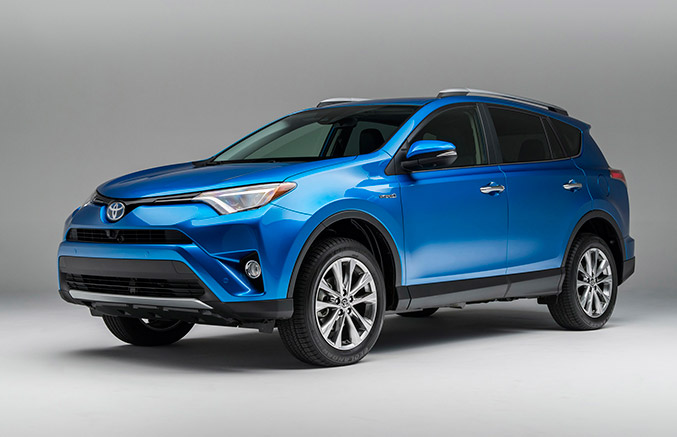 There’s a new hybrid in town, and it’s called RAV4. Toyota has been the overwhelming gas-electric hybrid sales leader in the U.S. since 2000.  Now, 15 years after the first Prius was sold in the U.S., Toyota has unveiled its eighth hybrid offering as part of the refreshed 2016 RAV4.

Launching this fall, the RAV4 Hybrid will be targeted towards young adventure-seeking couples looking for a vehicle that provides utility, versatility, capability and excellent fuel efficiency.

Fewer fill-ups will become the norm with the addition of a new, fuel efficient RAV4 Hybrid.  Higher MPG comes without sacrifice as the RAV4 Hybrid will deliver more horsepower and better acceleration than the conventional RAV4.

A no compromise vehicle, the RAV4 Hybrid will be offered in two premium grades:  XLE and Limited.  Both grades will be equipped with an Electronic On-Demand All-Wheel-Drive System with intelligence (AWD-i).  Also available will be unique 17-inch alloy wheels and six exterior colors (Super White, Blizzard Pearl, Magnetic Gray Metallic, Classic Silver Metallic, Black Sand Pearl and a new BLUE).

Making the Grade(s) With Refreshed Styling and New Technologies 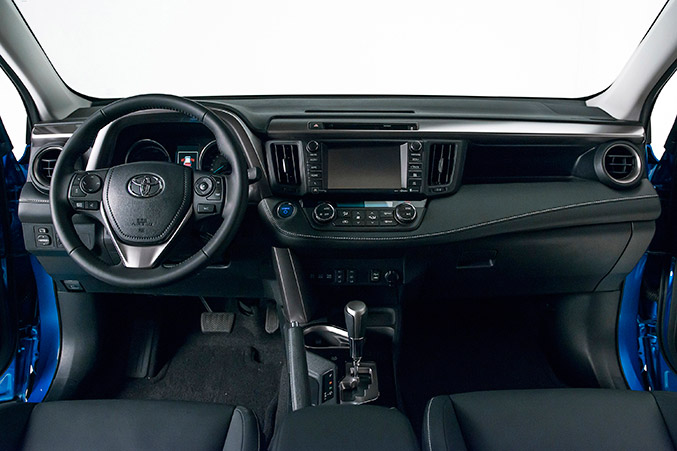 Toyota listened to customer feedback and added more refinement and technology to the interior.  New features include:

RAV4 will also offer a new Bird’s Eye View Monitor.  This Toyota-first technology utilizes four cameras that are mounted on the front, side mirrors and rear of the vehicle to give the driver a panoramic view of their surroundings.  The system offers drivers assistance when parallel parking, and when pulling in and out of parking spaces.  The Bird’s Eye View Monitor system also has an industry-first feature called Perimeter Scan, that gives drivers a live rotating 360 degree view of what is around the vehicle, helping them see objects that could be in the way.

The new SE grade features a sport-tuned suspension, providing a more dynamic and responsive driving experience.  The SE also adds premium convenience features and performance styling cues, inside and out.  Additional equipment and sporty design cues unique to the SE include:

The SE will also include an S-Code paint design consisting of three available upper exterior colors (Super White, Black Sand Pearl, and Electric Storm Blue) mated to a Classic Silver Metallic on the lower trim of the vehicle.

TSS will be standard on 2016 RAV4 Limited grades.

The RAV4 started the small SUV segment craze 20 years ago.  Five years later, Toyota introduced hybrids to the U.S market, raising the bar for high MPG at an affordable price.  Each has helped change the automotive landscape in the U.S.  The arrival of the 2016 RAV4 Hybrid will be a natural fit for young buyers seeking the winning combination of affordable SUV utility and the high MPG of Toyota’s Hybrid Synergy Drive. 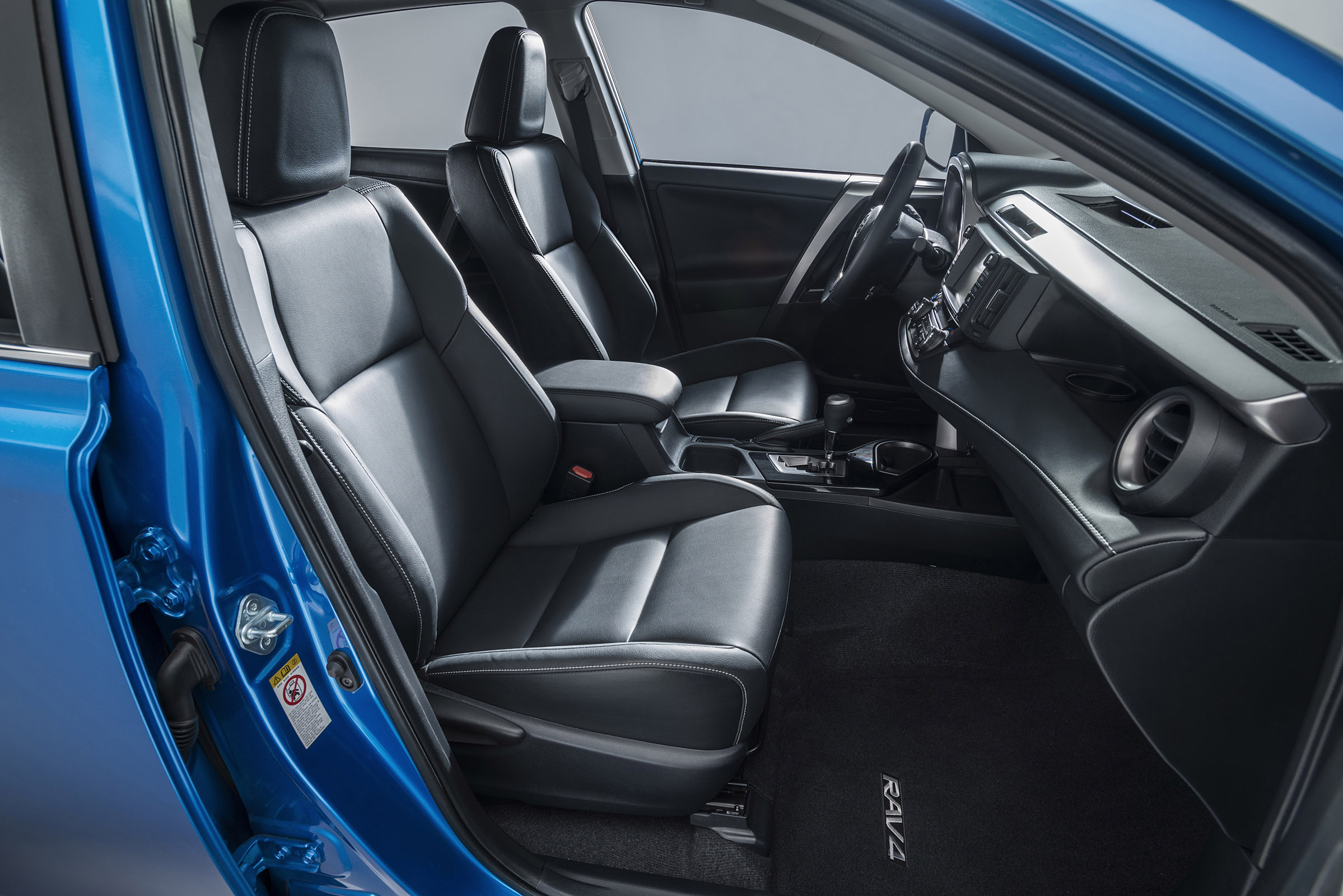